THE ZEROES FOR HEROES CLUB

Shut the front door. I thought I’d seen everything up to now. I’ve repped a 94 year old Marine and got him 100% for Bent Brain. I’ve done R2s and §1151s but this one is a daisy. Johnny Vet’s wife called me and asked if I would be interested in doing a Korean War claim. She said he was already at SMC S but he just got a remand. Well, you can imagine my confusion. What could this possibly entail? A&A or R1? Like a cat chasing a laser, I was hooked. They came over a week later and handed me the below BVA remand from Judge Mike Skaltsounis. Judge Mike is a stand up guy but he ain’t no pushover. For him to write seven and one half pages on just the history of Johnny’s claim let alone another five on Remand instructions is almost unheard of. Welcome to the “New” VA, folks.

I pride myself on forensic detection. VBMS is an excellent tool for determining  how a Vet got where he did with very little evidence to support it. One thing that always divulges volumes is an antique c- file number-the eight digit ones. The VA quit using these about 1971 and began using the SSN. I’m guessing they rue that decision in retrospect. So, when someone comes to you with a 17 prefix, it (and the Vet) are bona fide antiques. A c-file number is only issued once. This can occur if you put in for the GI bill or if you file a claim. With the VBMS, they scan everything they find up into the e-folder. If a claim was misplaced or ended up accidentally in the trashcan, the claim number, absent any VR&E or Montgomery GI Bill info, essentially proves you filed for something. Johnny Vet’s C 17 xxx xxx number proves what is missing-a 26-page VA Form 526. That’s how it got its name. Since he only had one major disease (encephalitis) in service, chances are that’s what he filed for. VA blew him off until he showed back up in 1965 with the same litany of ills. This was also the beginning of his membership in the Zero club.

Johnny Vet entered in 1950. His Squad, Platoon, Company and Battalion were made up solely of Black Americans as was the case in 1950. Ostensibly, segregation ended in 1950 on paper but the reality was black soldiers were used like disposable plastic cutlery for more than a decade after. With Korea in full swing, they were even employed as human minesweepers. Considering my Johnnie Vet was a mines and demolitions expert, the fact that he has a Combat Infantryman Badge (CIB) and is still alive speaks volumes. He was only one of 4 in his company who survived the 1950 Chosin Reservoir massacre.  He also has bilateral frostbite residuals from it. Johnnie did two tours but had to be medivac’d during the first one. To give you an idea of what level of racism still prevailed in 1965, take a gander at the below. 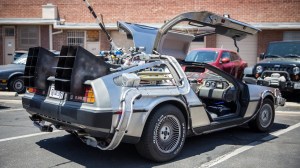 Many a tale has been told of this inglorious event. In 2009, VA told Johnnie his records burnt up in 1973.  Fortunately, the only copies in existence were obtained in 1965 and reside to this day in his e-folder. VA never bothered to look. Hey, the standard boilerplate reply is unequivocal- if your service happened before 1973, your records are charcoal. Next? I had a friend I Sherpa’d through on his Hep C claims who served from 1979-1984. Yep. The STRs went up in smoke in ’73. When we called them on it, they had no explanation-  Not so much as a man named Jed -a poor mountaineer barely kept his family fed. Not even a tricked out DeLorean. Apparently this happens all the time.

The NPRC keeps records in three different buildings. Inpatient hospital records of bases that have closed are not located with the Service outpatient Treatment Records. (STRs) Military Personnel files (MPRs) are kept in yet another building. The infamous fire burned the following only…

So, it goes without saying that you might want to send in about 3 or four requests if you want to get it all. It’s there. If it isn’t, file a VAF 3288 and request a CD of your claims file.  The clerks are just incredibly lazy. In Johnnie’s case, the VA got the only copies and were supposed to copy them and send them back. They forgot. I found over 290 pages of STRs in living color buried in the file. Everything from the field hospital all the way to Tokyo and the U.S. is there. Hooo-doggies.

The Zeroes For Heroes Club

Back to our boy Johnnie Vet. Johnnie filed again, I presume, in 1965 and they gave him the belated 0% for his disabilities without considering all the intercurrent residual symptoms of encephalitis. This is where the CUE began. It slept silently until 2016 when the BVA agreed it was CUE. Initially,  they agreed it was CUE back to 1965 (for 0%). They then must have spotted  that mysterious 17 prefix on the claims file and gave him an effective date of 1953 (again at 0%). On July 25th, 2016 the good ol’ boys back in Portland Oregon dutifully enforced his 0% back to 1953 and clean through his second enlistment from 1955 to 1956 (14 mos.) Ooops? The major problem no one addressed was the percentage due for all the residuals. That occurred five days later in July 30th, 2016. VA revised their rating and begrudgingly awarded him 10% from 1953 to his 100% total in 2009-mind you, with no legal authority from the BVA decision whatsoever. I’d call that going off the M 21 reservation but with Raters making up the rules as they go, just about anything can happen. 10% is the bare minimum VA grants for encephalitis in service. Following that, they have to add up all the other booboos and grant them under the §4.124a schedule…except the schedule has changed a bunch of times in 56 years. If VA can’t find their rear end with a methane detector, and they’ve been dogging him for 67 years, what gives us confidence they can adjudicate this with any degree of competency now?

Johnnie found this initial windfall delightful. He got a pocketful of cash for the CUE but the bozos still hadn’t done a true Fenderson staged rating from 1953. Then the non-neuropsychiatic doctor’s report popped up. This was alleged to have been rendered into charcoal in 1973; but here, like the mythical Phoenix, it rose from the ashes and reared its ugly head. This was just in 2016.  By now, the Board Chairman up in Washington DC must have been beginning to wonder what in Sam Hill this thing was turning into.  But Johnnie wasn’t finished. His gomer DAV chucklehead decided to enter him into the convoluted RAMP process. Johnnie’s DAV dude also tried to convert back to the Legacy process to file a NOD on this with a VA Form 958 after they lost. VA was having none of it (the NOD) even though they hadn’t begun printing 20-995s, 996s and 10182s yet. They actually tried to convince him he’d hit the end of the road. So much for antiquated concept of “one decision on appeal”.

Eventually, someone got it sorted and he arrived at the Board for a third time asking for what he’d asked for all along in the last two Board appeals- that elusive Fenderson staged rating that was never forthcoming. As the Board states on page 6 of this twisted tale of torture, the Secretary-not the BVA- was responsible for creating an appeal period from 1953 to 2009. Now, by law, they have to determine  what Johnnie Vet had and what he didn’t have –and most of all what periods of time he suffered X, Y and Z in the interim period...

This is just like Tinnitus. They don’t hold a Tinnometer up to your ear and say “Whoa, hoss. That’s some bodacious ear ring you got.” You tell them if it rings and how loud it is. Subjective symptoms are Layno/Jandreau/Davidson fodder. The Johnmeister is the only one who can report what he suffered subjectively from 1953 to 2009. VA will try to trot out their timeworn hack about, well, “Gee-there aren’t any doctor records showing treatment so he gets the zeroes for heroes treatment.” Wrong. Remember ol’ Larry Wilson back in 1991?

Note that our esteemed Veterans Law Judge Mike S. actually underlined a part of his decision. He also intoned the sacred words “emphasis added” just to make sure in case the local Yokels at the Seattle DROC disremember what the phrase “subjective symptoms” means. That’s pretty strong language in VAland with a strong undertone suggestive of “I better not see this sumbitch returned back here on my desk with a SSOC stapled to it. Hear?” So… if Johnnie says he’s had a monster migraine at a 7/10 on the Richter scale for 56 years, that- is- a- fact- Jack. If he says the front end of his face has been numb for 56 years and it makes him slur his speech, then yep- he’s got numb face syndrome. As for all them other symptoms like insomnia, narcolepsy, anxiety, anger, depression, fatigue ad nauseum, VA can really do nothing more than nod in agreement (no pun intended) and get out the calculator hidden behind Door #3 in Monty’s cookie jar and start adding it up.

This time, if they short-sheet him with another batch of zeroes, I’m prepared to resubmit all his allegedly “destroyed records” with a Houdini flourish and say “Yo! See my amazing asknod prestidigitation! I programmed my DeLorean back to 1953 and drove down to St. Louie to obtain these-even though I was only 2 years old. Relax. It’s just a time paradox.” Further, I’ll be whippin’ out my brand new retrospective IMO from Mednick including a true ‘to the best of my knowledge and belief ‘ VA Form 21-4138 with a year-over-year journal reconstructed by Johnnie Vet and his wife reciting all his subjective complaints.

VA is an interesting outfit. They step on their neckties more frequently than most and their excuses are equally ludicrous. I have no idea what they’ll end up paying ol’ Johnnie and his wife. Whatever it is, it won’t nearly compensate them for all those years of denials, illegal adjudications and deprivation of his legal entitlements.

Try as I might, I couldn’t talk the Veteran abd his wife out of letting this ride and scooping the initial settlement without me in between. You don’t need a PhD in mathematics to comprehend Mr. and Mrs. Johnnie Vet have decided they’re mad as hell and want real legal representation-not DAVlegalzoo.com™. 20% of this settlement is unwarranted but I will try to earn it. Honestly, folks. At this point, nothing VA does shocks me anymore. The only thing that might shock would be the addition of a storyline including a millionaire- and his wife, a movie star, the professor and Maryanne. Well… maybe one of those fancy souped up DeLoreans with the flux capacitor doomoflotchie too.

Eventually, in this business, the Vet wins. It just so happens this one has occurred before he died- not after.

And that’s all I’m gonna say about that… for now. 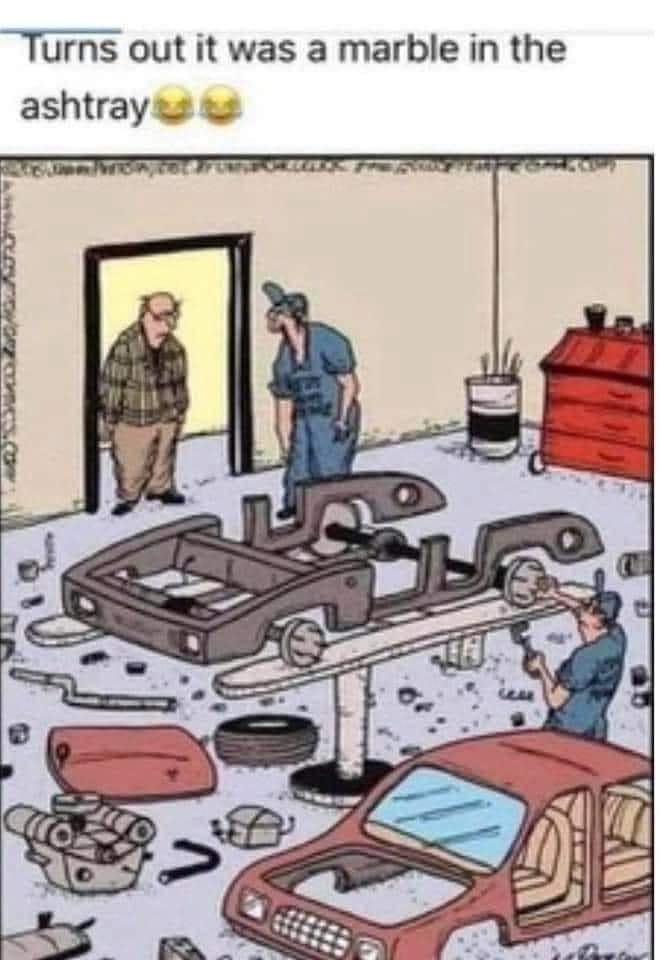