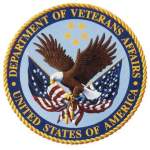 Back in 2012 or 13, under USB Allison Hickey, we were shock ‘n awed by the foray into what would become VBMS. The crude transition from paper to electrons was like watching trees grow. If too many users logged in simultaneously, it crashed the system. Before 2016, VBMS was off more than it was on between 0800 and 1630 Hrs.  Once again, we are asked to undergo computer change and, as usual, no one at VA sends us the new user’s manual.  Us 70-year-old foggies have a darn tough time trying to “sound it out” like a lot of you younger Phonics®-trained computer users. With the death of Windows 7 logistical support last week, the VA was finally once again forced at the very last moment to leap into the 21st Century before they have to pay for it.

Fortunately for me, I have Cupcake. She cut her teeth on MOS 1.5 for Cavemen in 1989. Ooops. Cavewomen? She quickly found all the new quirks for me. 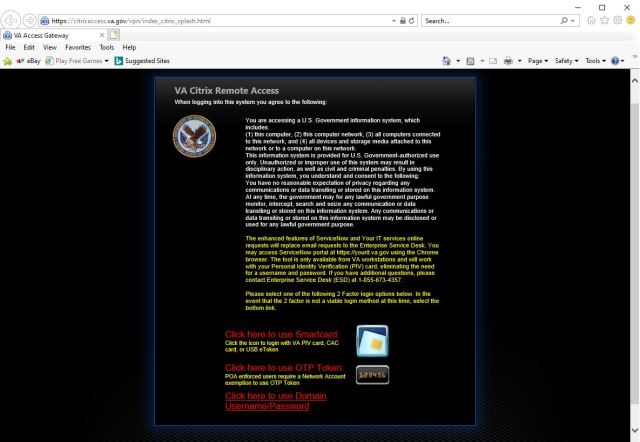 Follow the instructions from here on out. Authenticate, PIN, Credentials 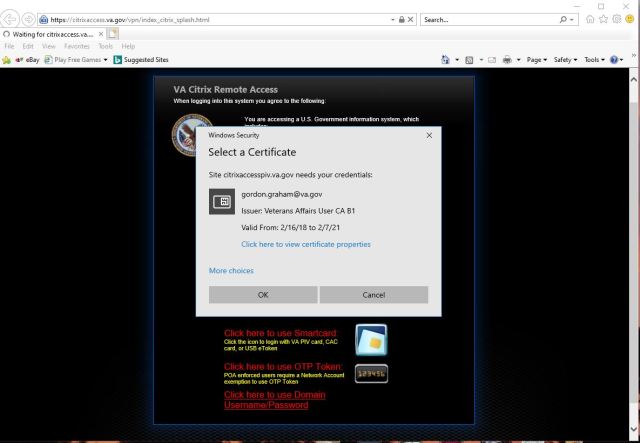 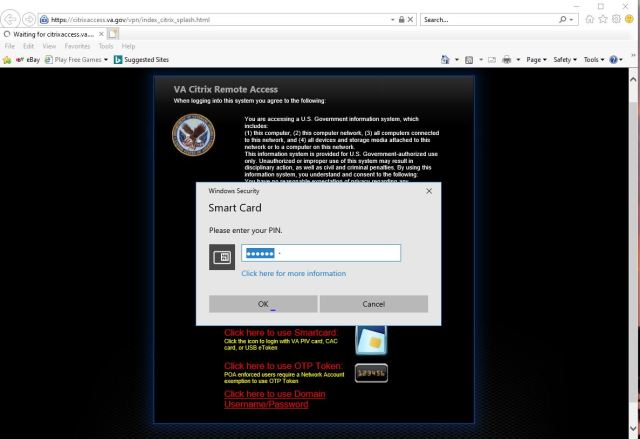 I’ll skip the Citrix gateway pictures of the padlock. RO-5 VBApps is now one of the four on the lower left now (as of 2/09/20). On the West Coast, MAPD is on the opening Favorites screen. Click to go to Desktop at the top and click on the blue RO-5 VBApps  TV. Be careful you choose it and not one of the others.

Then the descent into Government 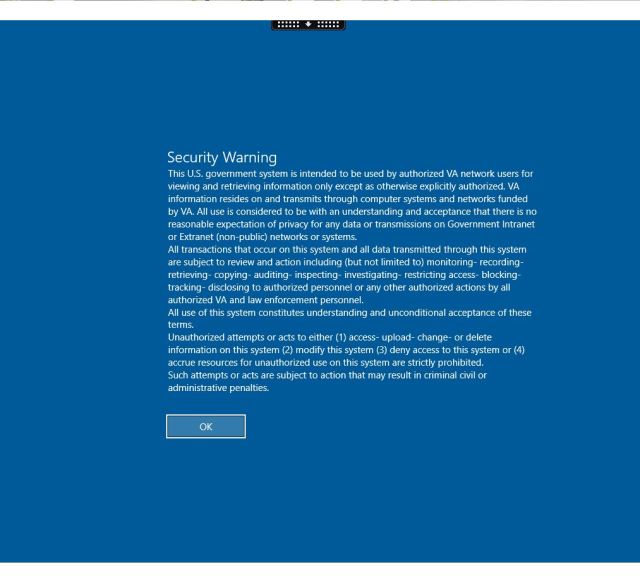 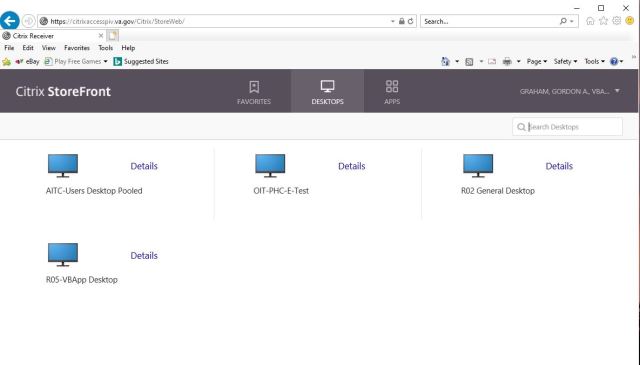 Right here is where everybody is getting discombobuated. When the VBMS initial entry screen first populates, it looks like this now… 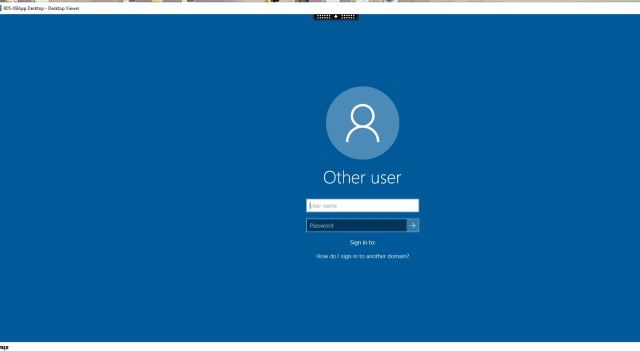 Wait  10 seconds and let it populate all the way. After a few 8 seconds, “Sign in options” appears at the bottom. Click on it.

Click on the little doomoflotchie at the bottom left that’s supposed to look  like a PIV card. 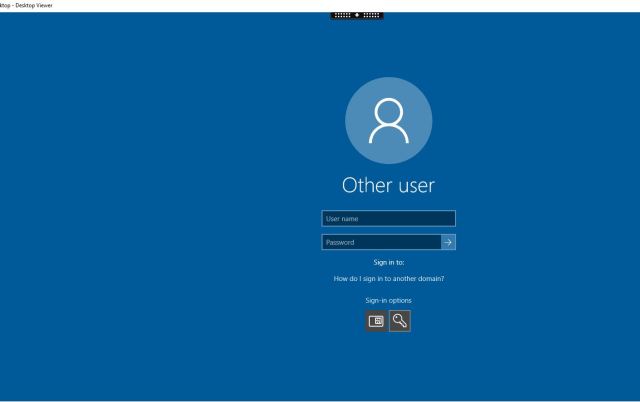 And you’re in. Or should be. All you have to do is wait for all the attachments giving you permission to print and roam around (level 6) to load up and away you go to

Once I reach here, I choose where I’m going -CASEFLOW, Outlook emails, VACOLS or VBMS.  I click on the little black and white Windows logo in the bottom left. It opens up your choices like doing it on you own computer (unless you’re one of those Apple idiots). Click on Outlook if that’s where you’re heading.  Or look at all the desktop Icons and doubleclick the VBMS Globe shaped dohickey (second row down in the middle).  This is the easiest path to VBMS. 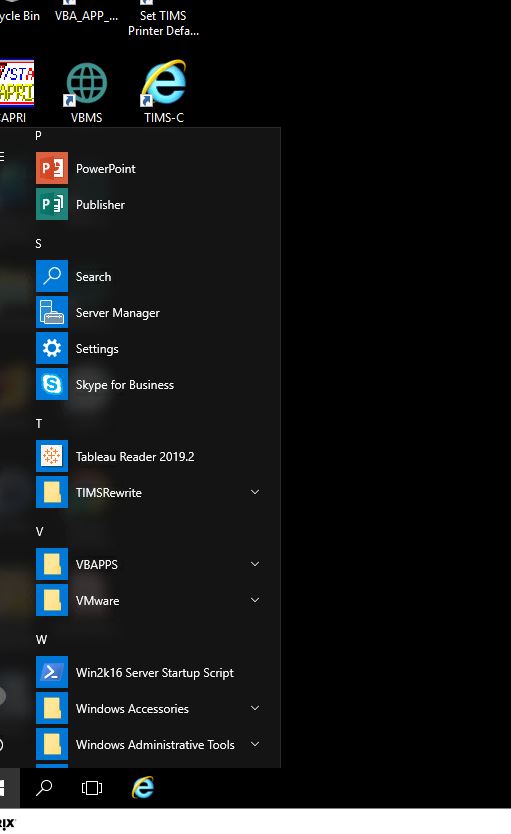 If you clicked VBAPPS, a new submenu opens and you’ll be  clicking on VBMS unless you want to go into VACOLS. If so, choose VACOLS- not VACOLS VSO.

VBMS security is still the same. 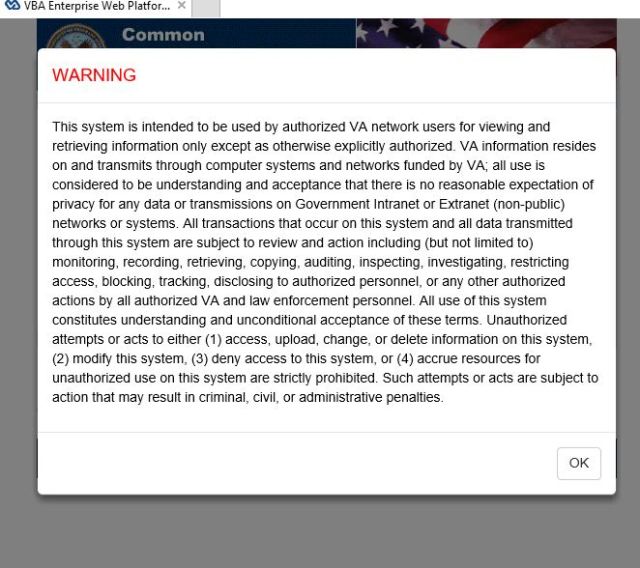 Gotta type in your VARO code. 346 for Seattle 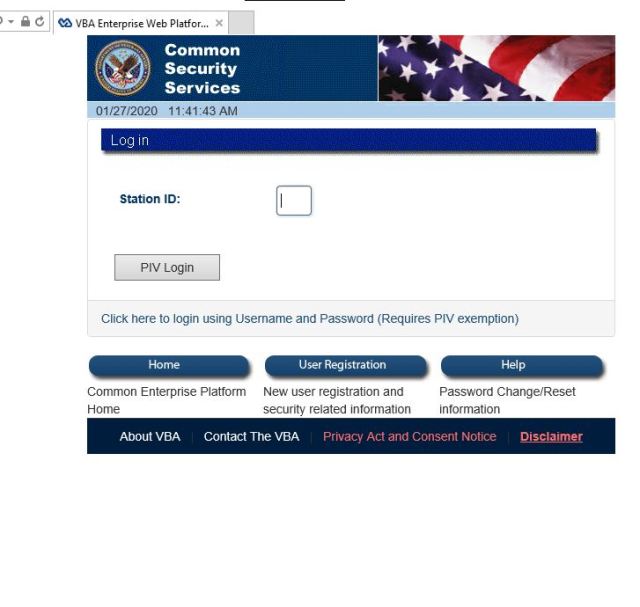 And just like that, you get to wait about 30-40 seconds for the Claims Queue to populate.

Now for some click tricks. Go to Claims up at the top right near Documents and click on the blue 020 Initial or 170 NOD EP code. The claim populates in rough form. Go up to the top and click on “Open Claim Check” and see if they secreted any interesting notes about c&ps.

If there is some info, it may look like this:

At midpoint  on the Claims screen after a list of PII metrics  and Days Pending on your client, look for “Expand Claims Details” and click on it.

It will reveal what’s going on. It tells you which RO (Claims Station) is doing the decision.  If it’s ready for decision, this is where you’ll see it if you didn’t go to “Notes” in the top right of the screen. Since it populates a shit ton faster in the claims dropdown menu, I generally go here (Claims) to look at everything. 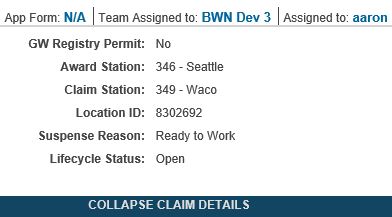 Now for the claims command post where you’ll find interesting notes. Look up in the left upper corner for “Go To Work Item“. Click on it. Open up everything on the claims bar of Contentions, Tracked items, Examinations or Notes. If they advocate gerrymandering 38 CFR to screw the Vet out of SMC S or TDIU in tracked items, screenshoot the note(s) asap before they evaporate when RDC (Rating Decision Complete) is announced. Remember, VA personnel don’t realize for the most part that we’re in here roaming around, too. I’ve found decisions in that long list of documents that were not completed and posted to Documents yet. BVA hearing transcripts always appear here for a few days awaiting upload to Documents.

On the main desktop screen (black), look at the Google Chrome bulls eye and double click it.

A VA brainwashing screen comes on. Erase the vaww.insider.va.gov in the address bar at the top left and insert your CASEFLOW code -https://appeals.cf.ds.va.gov/organizations/your[hyphen]name. 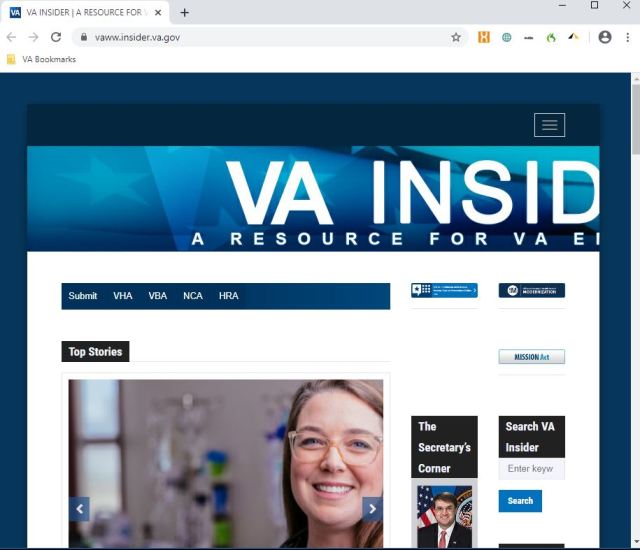 It’ll take you through the security entry again. It’s the quickest way to get in without having to scrub your old browsing data and cookies before entry each time if you come in from your own desktop. 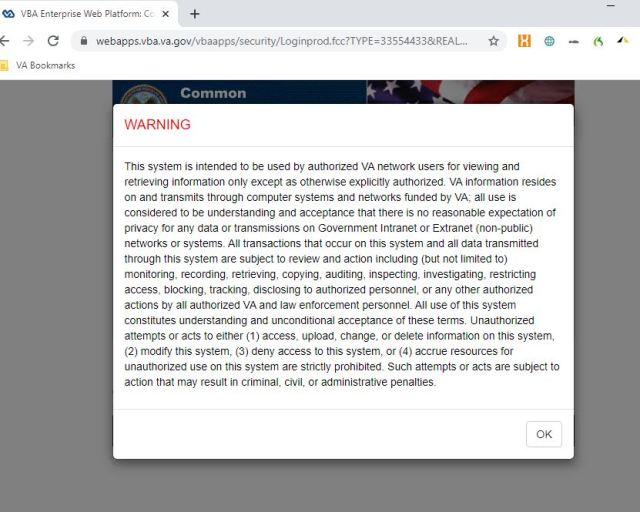 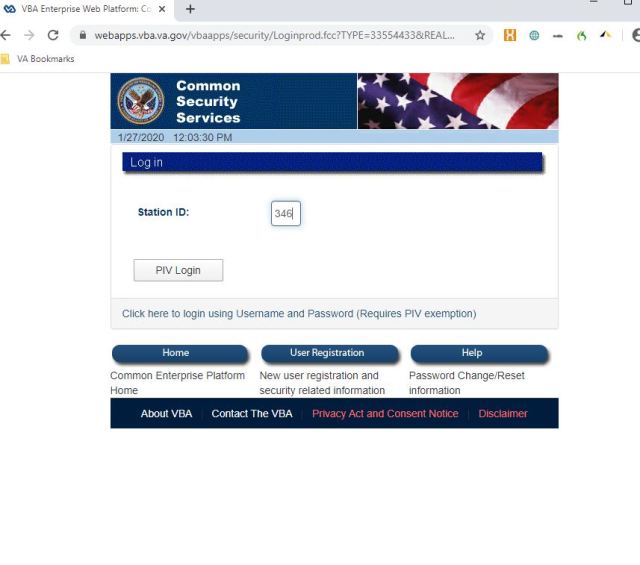 Authenticate and just like that, you’re in. Every once in a while I get these ActivClient PIN code requests. They didn’t work on the old Windows 7 system but they do now. 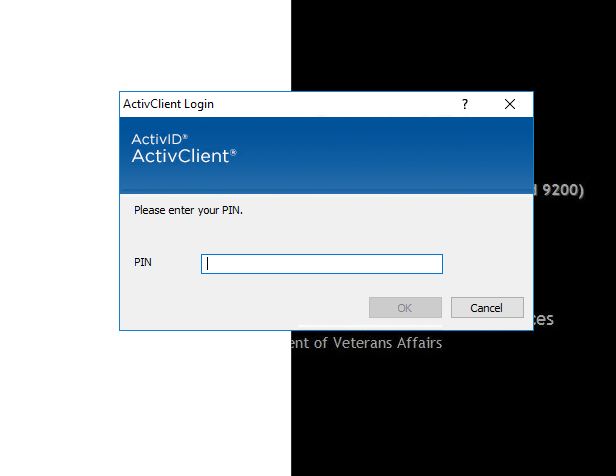 This is the entry for both CASEFLOW QUEUE and CASEFLOW HEARINGS. Just click on ‘Switch product’ to change over. Also, use the back arrow up in the upper left to exit each case so you don’t have to keep hitting the client menu to get back to the queue. I want to know what all the hoopla is about with this. You could discern far more in VACOLS. This  gives us less info than the old fashioned Ebenefits back in 2014. 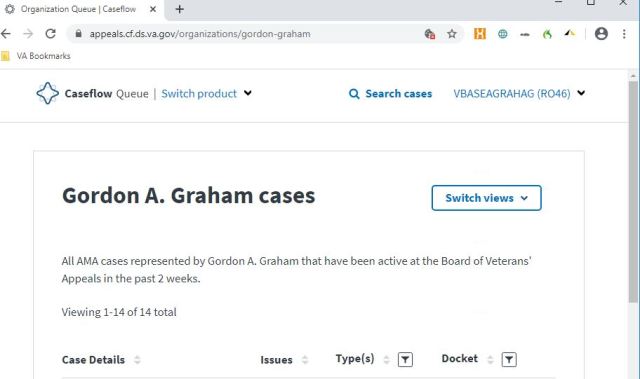 There are thousands of nooks and crannies to venture into but this is just the get-started Idiot’s primer for the new Windows10  VBMS. Maybe next week, I’ll show you how to find that GS-10 rater in Winston Salem who has the IQ of a dead Christmas tree.

Today’s blog was brought to you by the letters V, B, M and S. 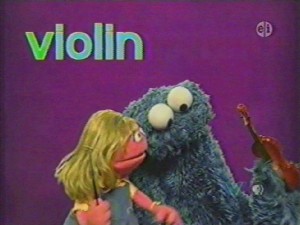 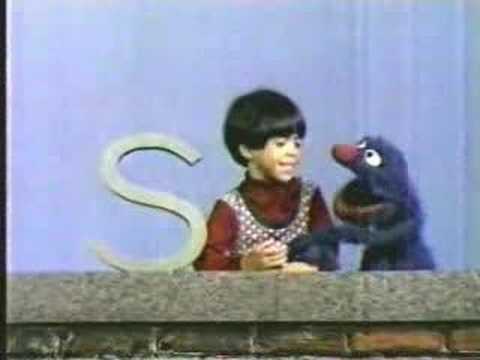 First P.S….. Remember  the old VBMS Wondows 8. Over the column “Last date changed” that usually sorts all the decision or recent actions, there used to be a checkmark to click on to arrange the queue chronologically. Notice how it seems to be gone with the wind in Windows 10®?

Here’s the trick courtesy of John Paul Gustad Law Group. Let your cursor slowly hover up in that top right corner until it opens a magic box with a change button. Click on it. The Queue darkens normally as it recycles and voilà! The chrono switches to last page /last document entry as the newest. Beats having to run through the VBMS Rolodex every day  looking for older entries to click on.

P.S. LURP Ed from somewhere south of Portland, who enjoys living amongst those  wild and crazy Antifa folks, sent me this.