Who else but Saint Margaret Bartley, of course.  This is an interesting read and will affect a large number of you who have been hornswoggled into a denial based on a Nurse Practitioner, psychologist (PsyD) or worse..a VES Certified Medical Assistant (CMA) bedpan changer. Worse, you probably blew right past it. That’s against the law at 56 Regional Offices across our glorious fruited plains.

Let’s cut to the chase. First, I’m surprised VLJ Ursula ‘the unmerciful’ Powell authored this one. She’s better than that. Second, there may be some harsh words between her and her pseudo-staff attorneys on how this one was developed. It’s not like they could rely on structured legal arguments put forth by Appellant Pete Blackmon’s law dog to build a grant in this decision. Hell, old Peter was pro se. He got the white gloves treatment at the CAVC. When was the last time you heard of a good pro se case at the BVA that prevailed without a killer Independent Medical Opinion?  Obviously, Judge Bartley’s staff attorneys are light years ahead of Powell’s. And, wonder of wonders, they get paid a shit ton more. The BVA has hired oodles of new sheepskins to wipe out the backlog. Instead of hiring a shit ton of Veterans Law Judges, they brought in FNGs  and are forcing them to do 70 claims a week (five days at Judicial Square). They’re getting GS-14 entry wages, not quality ES-00 pay for genuine hard work. That’s like $114 K a year with killer high rent around DC. In order to meet this grind, you have to take the work home to complete it. One of them emailed me and complained it’s a “Top Ramen” job- no time to eat and no money to afford it.

Our old friends the MK 82 GPUs. Few know we had to begin buying them back from Germany in 1968 for $900 a pop. We sold the bombs to them back in 1958 for $10 each-leftovers of the Korean Boundary Dispute.

Pete was a two-year incountry Vietnam Vet (68-70)  with real §1154b combat credentials-something BVA pukes would be wise to take note of. He managed to survive 5 mega stressors and finally got around to filing for bent brain in 2012. VA saw the light instantly and granted the PTSD. Like some of my clients, he came back in 2012 and filed for Traumatic Brain Injury. Seems like you get dinged up in war and unexpected things like explosions happen occasionally. Have you ever seen a 500 lb. Mk 82 go off nearby-like a quarter of a mile away (or less)? You can watch the concussion wave coming at you around 850 mph ahead of the sound. Trust me. It’ll roll your socks down and part your hair even if you duck. They dig a seventeen foot deep hole thirty five feet across. Most times, we dropped two at a time. They don’t always go off. Seems old Peter had a couple of these shake-and-bake experiences during his two-year fun-filled vacation. Remember, this is protected by §1154b. If you were stupid enough to go fight a proxy war and willing to die for “democracy” in the former Republic of South Vietnam, you are accorded the presumption of telling the truth. VA forgot about that.

VA denied Pete’s TBI claim and didn’t even see fit to give him a c&p exam. They made up for it by telling him some (or all) of his TBI shit was mixed in with his bent brain shit and to relax because it was all contemplated in his rating. Hell, they wouldn’t lie about something like this.

I love to argue that PTSD doesn’t give you tinnitus and headaches. Likewise I find myself arguing drug abuse doesn’t give you PTSD. It’s the other way around in spite of what VA contends. That’s always a chicken dinner winner on appeal. So… repair order #1- Give Pete another PTSD exam after two years of bitching, grant 100% disabled for the PTSD, pat him on the ass and send him home happy, right?  Well, ‘not exactly’ as they say at Dollar A Day Rentacar. Instead, VA used the old saw of “we reviewed your Service Treatment Records and see no mention of TBI in them during active service”. Well, duh. I doubt I could spell tinnitus let alone know it’s medical causation in 1972 after two tours and a few MK 82s that didn’t land anywhere near where we put our smoke. I knew I couldn’t hear shit again afterwards but that was beside the point. I’m not a doctor.

VLJ Powell and her merry band of acolytes did go Pete one better and say they actually couldn’t find any evidence of it in the STRs nor on appeal. They relied on the old saw that “VA’s duty to assist doesn’t require providing an examination in the absence of a current disability”. True enough but this is where they stepped on their necktie. Powell’s gomers  forgot the admonitions of McLendon Precedence:

The duty to assist includes providing a veteran with a medical examination and opinion when there is (1) competent evidence of a current disability or persistent or recurrent symptoms of a disability; (2) evidence establishing that an event, injury, or disease occurred in service or establishing certain diseases manifesting during an applicable presumptive period for which the
veteran qualifies; (3) an indication that the disability or persistent or recurrent symptoms of disability may be associated with the veteran’s service or with another service-connected disability;
and (4) insufficient competent evidence on file for the Secretary to make a decision on the claim. McLendon v. Nicholson, 20 Vet.App. 79, 81 (2006); see 38 U.S.C. § 5103A(d)(2); Waters v. Shinseki, 601 F.3d 1274, 1276-77 (Fed. Cir. 2010); 38 C.F.R. § 3.159(c)(4)(i) (2018). Blackmon supra

They also forgot Congress’ §1154b codicil that whatever flows from a combat Veterans’s piehole regarding what happened is unassailable, unvarnished truth absent any mention of alien abduction. Reading comprehension is essential for the Trier of Fact in this legal business. Ignore it at your peril. You don’t just copy and paste it into a denial. It has to be more nuanced like “if the glove doesn’t fit, you cannot convict”.

What if Pete didn’t exhibit the symptoms on the day he had the c&p? Does this condemn his claim to the ash heap of VA ‘s 98% correct, nonadversarial adjudications? Not in the least and here’s why, padewans:

” To the extent that the Board relied on the April 2015 VA examiner’s notation of no diagnosis of TBI following an interview and examination of Mr. Blackmon as competent evidence delineating his symptoms, the examiner, contrary to the Board’s characterization, did not assess whether he presented with a residual TBI disability, but instead indicated that her review of the available records did not uncover a diagnosis of TBI. Moreover, according to VA, the April 2015 examiner did not possess the requisite specialty to determine if Mr. Blackmon demonstrated TBI upon examination. Compare VA Adjudication and Procedures Manual, M21-1, III.iv.3.D.2.j (identifying physiatrists, psychiatrists, neurosurgeons, and neurologists as those examiners qualified to provide an initial TBI diagnosis) with R. at 679 (listing the April 2015 VA examiner’s specialty as psychologist).  Blackmon supra

Second, although the Board acknowledged that Mr. Blackmon served under combat conditions, R. at 5; see also RO’s grant of service connection for PTSD based on combat stressors, it did not consider whether his statements regarding in-service events, under the combat presumption, would satisfy the second and third McLendon elements. See McLendon, 20 Vet.App. at 81; see also 38 U.S.C. § 1154(b). The combat presumption under section 1154(b) “reduce[s] the evidentiary burden for combat veterans with respect to evidence of in-service incurrence or aggravation of an injury or disease” by mandating that VA “‘accept as sufficient proof of service  connection . . . satisfactory lay or other evidence of service incurrence or aggravation'” of an injury or disease “‘if consistent with the circumstances, conditions, or hardships of such service, notwithstanding the fact that there is no official record of such incurrence or aggravation in such service.'” Dalton v. Nicholson, 21 Vet.App. 23, 36-37 (2007) (quoting section 1154(b)). The combat presumption can be invoked to demonstrate not only that certain events occurred during service, but also that the disability occurred during service. Reeves v. Shinseki, 682 F.3d 988, 999 (Fed. Cir. 2012).

Ruh oh, Rorge. This puppy’s headed back to  Ursula the Unmerciful for a do-over. I am having the same problem with my Vet at Fort Whacko, Texas. He was Dx’d with TBI finally- at 70%. He also wrangled a 30% for PTSD. A real psychiatrist gave him 50% for the bent brain on his NOD appeal. They continued to deny the headaches and tinnitus as not TBI-related right up until they got a peek at our IMO and then switched horses lickety spit when they read it. Of course, they tried the back door method of combining his TBI with the PTSD and effectively stole his brand new 50% rating (as well as the old 30% for it) in his SSOC. Pete’s problem is identical to Chris’. Chris’ doctors who did all this were psychologists, MDs and NPs-not psychiatrists.

In spite of my calling Waco and explaining their screwup, they stand firmly behind their NPs, DOs and MDs. Now you know why it takes so long to win. I expect if the Petermeister had a good rainmaker, he would not have been caught up in this house of horrors for 6 years. But that is, as they say at Fort Fumble, pure speculation. Fortunately, he lucked out and drew St. Bartley instead of some others recently invested at the Court who seem to take a decidedly anti-Veteran bent. No names, folks. I have to practice there and do not want their  wrath to fall on me simply because of my contrary opinions.Remember, this whole gig is supposed to be nonadversarial- at least until we set foot inside 625 Indiana Ave. NW.

Congratulations, Mr. Blackmon. You should apply to the OGC for VA accreditation. You are a credit to all Veterans due to your stubbornness. A warm thank you to Judge Bartley and her merry crew for seeing through this travesty of justice and righting it. 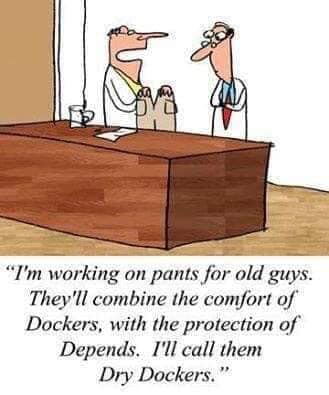