THE NEW VA AMA–A CHUTES AND LADDERS GAME FOR VETS

Yeppers. You read that right. But it doesn’t begin to describe what I’m trying to convey to all you aspiring pro se Veterans, freshly minted Juris Doctorates seeking an exciting career in VA law or older, more experienced attorneys looking to view a problem from a different, untrained legal aspect. Remember, I have no legal training in this arena but still am batting .1000 after eleven years.

What I wrote in my book in 2012 is just as on point now in 2019. Folks are still buying the Kindle download to this day and putting really nice comments in the Amazon ‘confirmed buyer’ comments section. It’s rumored I might break even on my investment by 2032 if this keeps up. No, seriously.  It’s a bargain at $3.99 and I get 10%.

One of my clients is an attorney so this is especially poignant. She came down with Multiple Sclerosis while in the Navy and made it almost three years before it overcame her. She took advantage of the GI bill and got a degree and followed up with law school. Sadly, the overwhelming burden of raising a husband and children and trying to cope with MS was too much. I gladly accepted her as a client. She described it thusly…

This is your Brain

This is your Brain after Law School 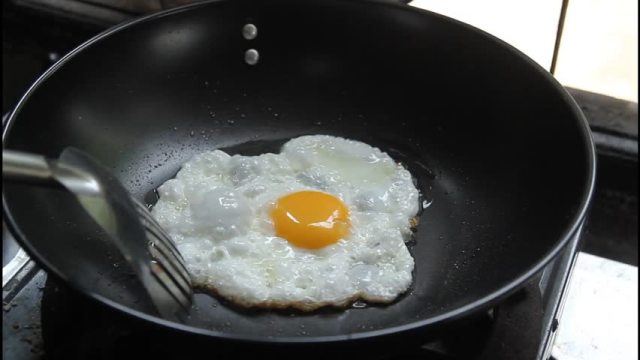 I get that. You have to learn a lot about law and it’s probably stuff like Trigonometry-shit you’re never going to use if you focus exclusively on being a Veteran Ambulance Chaser.  I know that’s a coarse job description but I heard it used by a DAV Poohbah once to describe us evil, bloodsucking agents and attorneys who exact our 20% pound of flesh from those we serve. Anyway, you’re not going to get much call for tort law, criminal law, patent law, divorce law and a host of others. Unfortunately, all brains have just so much capacity and stuffing in a heaping dose of tax law is a severe waste of available megabytes. You’re wanting to focus on becoming the Perry Mason of VA law but dragging that JD brain around with useless 0 and 1 algorithms.

So, by the time you graduate with the sheepskin, you don’t know whether to shit or go blind. Your brain is marching to the beat of another drummer. You have been taught to be too meek and nonconfrontational. You over-analyze every case and ignore human nature. You want to please. You are not in the habit of dealing with charlatans and folks who create law out of whole cloth. In a word, you are a Padawan. Few at this stage ever  dive in to VA Law solo. After about five or ten years of this, it’s like fishing with hand grenades.

Enough with the self flagellation. I can sleep well at night because I didn’t set out to make money. My joy is simply winning my claims for my Veterans. Ed and Leona just found out Saturday night that I managed to wrangle SMC at the R1 rate for them. I spotted it as a “Pre-promulgation” that needed  some more signatures on Friday PM.  I feel doubly honored to represent these folks as Leona is Dan and Signe Moser’s daughter and her husband also fought in Vietnam. He even has a CIB to prove it. 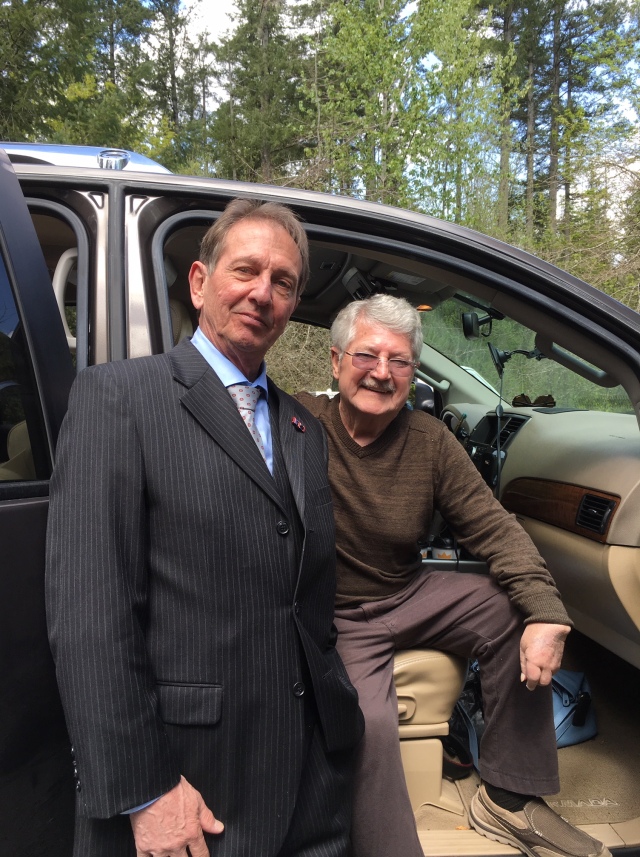 The Moser Family (Leona in center)

Boy howdy if that wasn’t enough, I was fortunate to win R1 for Dan as well before he passed. As for the bloodsucking legal fees- there are none. The Little Rock Puzzle Palace granted without a whimper. We filed mid-January and I managed to get my CMA to flash him for very seriously ill. VA’s attitude initially was :

” Mr. Graham. The M 21 doesn’t permit advancement on the docket when you’re already at SMC P (SMC L plus K plus §3.350(f)(4) advancement to the next higher rate of M). Mr. Dunn will just have to take his place in line.” Well, ‘not exactly’ as they say down at Dollar a Day Rentacar.

This is where not having been to law school really puts the mustard on the hot dog. Nobody has ever told me I can’t call up the White House Hotline on behalf of my Veteran and beg for advancement. Or look up the name, rank, airspeed, tail number and last known heading of the VA’s Change Management Agent (CMA) at Fort Fumble in Arkansas. Screw sending an email. Next, go to the NVLSP’s Veterans Benefits Manual published by LexisNexis and get the telephone number of the Regional Director and call her/him. They’re on Central Time I think. Tell the receptionist to connect you to the CMA. I love that cross between a splutter and a stutter when they finally blurt “Excuse me, wh-wh-who is this?” A quick “Alex Graham, ma’m. VA #39029. I need to talk to him about my client.” Every one of them has said ” Whatza CMA?” or “Sir, do you have a number I can give them to return your call?” The best one yet is “I’m sorry sir but you need to call the 800-827-1000 line and talk to one of our specialists.” Whatever. It works. The 800 number is for the VSOs, not us. They call me back- and most especially if I’ve called the WHH. I love to litigate via phone with these chuckleheads.

This telephone method is quicksand for VA people. It’s not in a preservable format like an email. Nobody thinks to have a tape recorder handy for these occasions. It’s hard to defer to M 21 when someone is asking you question after question without respite.

Here’ the big story. The new AMA is nothing more than a cattle stockyard. VA drives the Vet into the preliminary chute with the first 526. S/he doesn’t have a clue whazzup. They usually are pro se or have a VSO who is equally clueless and paid to stay that way. The inevitable outcome is usually a loss or a minor win consisting of some old Mardi Gras beads ( Tinnitus and hearing loss for 0%).  However, the big ticket items like PTSD or lumbosacral strain remain denied. Now, with the new AMA, you have to find some new evidence or some new compelling medical theory which supports your first untrained argument. That first denial is effectively the end of the VA’s duty to assist. You are now on your own, cousin. A second denial after entering the next chute (the supplemental claims lane) will cause even more roadblocks. Pretty soon you’ve used up all your Buddy letters and the pseudo-nexus your VA doctor gave you that says it might/could’ve/ possibly/probably/ almost always is related to service.  Nobody will tell you of the need for a properly constructed, favorable medical opinion. So far, everyone’s told you you don’t need any fancy legal help. Those VA DBQs they hand out for your doctor to fill out don’t have a block to write in the nexus and describe why it’s probative. VA has their own DBQs for QTC, VES and LHI. Guess what? They’re waaaaay different and actually do have a block where the doctor/nurse/bedpan changer explains why you’re not going to be shopping for a new car this summer.

If you lose, most of these VSO pseudo-helpers will guide you into a Higher Level of Review and  another bitchslap. This is the old DRO review- as in- “What part of ‘No!” didn’t you get, sir?” An interesting facet of the AMA is it lets you continue to lose without any limits on the number and pathway of appeals. Thus you can go from the 526 initial rating, get a denial, file a NOD at the Board of Appeals and lose and still go back to the RO and the  supplemental lane and refile the same claim again with no loss of effective date. This is how the VA sold Congress on this rope-a-dope appeals thing. Since most Veterans will never get quality legal representation, VA can let them ping around inside this Hall of Mirrors cattle yard and never get anywhere with an original claim. The greater majority of Veterans give up once they see how it’s rigged against them. I did in 1994. It’s different when you’re dying. Hence, the Win or Die logo. was added to the VA claims game.

Veterans were confused enough after WW2 and Korea trying to understand why they were missing big chunks of arms and legs and only getting 10% for it. Or $20 a month for a lost eye. Vietnam Vets discovered much the same thing. VA wasn’t, and never will be,  a font of information about what you need to succeed. With the advent of the new AMA, the tunnel just got about 5 miles longer for most Vets.  If you had actually begun to understand the old system, you just got the ultimate whammy. You now have to go back to school to learn it all over.

I’m hearing from a lot of my fellow members of NOVA that VA is confusing Legacy appeals with the newer AMA stuff post -2/19 and illegally denying it or… worse yet, instructing us to file it on one of the newer forms for the  supplemental lane or HLR. The blind are now leading the deaf across town and vice versa. It will be some time before the dust settles on this. Meanwhile VSOs are still using the old 21-0958 NODs to file at the BVA instead of the new VAF 10182. It’s a zoo and VA loves to aid and abet the confusion.

Vets come to me and describe this as the ultimate conspiracy. Relax. It isn’t. It’s nothing more than gross ignorance and incompetence. I figure it’ll take several years before the  Legacy claims are all but extinct. When that finally occurs, the raters will finally learn the new method and we’ll start bugging Congress to fix the new AMA and make it more Veteran-friendly. Call it AMA 2.0 right now. 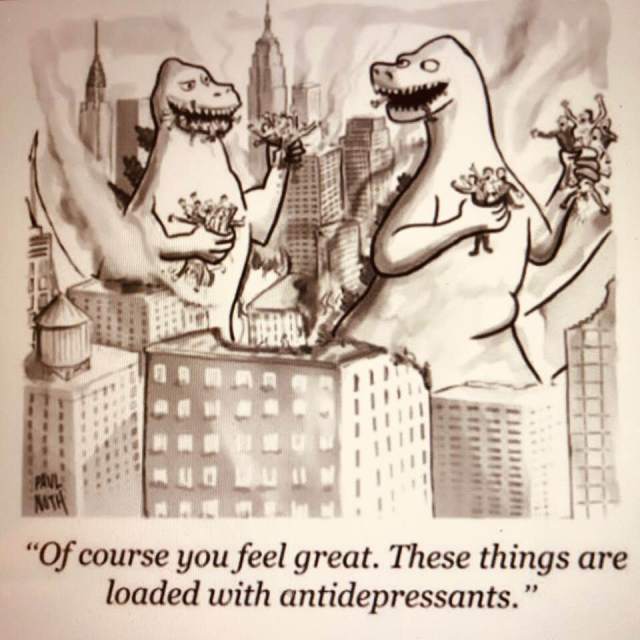