For poisoned Viktor Yushchenko, the dioxin vehicle was Rice a la Agent Orange

The former president of Ukraine survived a 2004 poisoning by his enemies.  The poison was a form of dioxin known to many readers on Asknod:

After Yushchenko fell seriously ill following a dinner in Kiev in September 2004, doctors found dioxin levels in his blood more than 50,000 times higher than normal….

But the type of dioxin doctors found in Yushchenko, TCDD, was the most lethal kind; it was also used in Agent Orange, a herbicide sprayed by U.S. troops during the Vietnam War that has been linked to numerous health problems.

After Yushchenko’s poisoning, he suffered severe gastrointestinal problems and his face was temporarily disfigured.  (Link)

This was what he looked liked after ONE concentrated AO exposure.

More recently, the poisoning of former spy Sergei Skripal and his daughter Yulia with nerve gas in the UK led to Russian diplomats being kicked out of 24 countries, including the U.S.. (Link)

The Russian people have had a slew of hideous overlords from Ivan the Terrible (and before) until today.  Russian governments will continue to be in the news for a long time.  The Russian FB bots are just today’s form of propaganda versus the posters   I haven’t read the House Permanent Select Committee on Intelligence  Report entitled Russian Active Measures that was released today but expect it to be interesting (link);

Meanwhile, the Dems are now hilariously suing Wikileaks for publishing information exposing how they rigged the election against Sanders–yet Sanders is still backing the Dems because he hates Trump more than getting stabbed in the back by the D’s!

As for me, no, I don’t want to ever learn “…to Stop Worrying and Love the Bomb, as in Kubrick’s wacky Dr. Strangelove (Link).  I spent too many fearful childhood hours drawing fallout shelter ideas for our basement, plans which parents rejected.  Just as well since it turns out that people would be incinerated in their DIY shelters anyway if  within a certain blast range.

What can sane people do?   Encourage cultural exchanges?  The US State Department recently refused entry to two Bolshoi ballet dancers scheduled to perform at a gala at Lincoln Center.

New York City and New Jersey home to over a million Russian-born people (Link) and their families.  They are passionate supporters of opera, concerts, museums, and ballets with a Russian theme or talent.  Yearning for a bit of home, they buy the expensive tickets.

Solzhenitsyn, who may also been a victim of KGB poison attack, was arrested and deported from Russia in 1974.  He lived, here in Vermont, from 1976 until he returned to Russia in 1994 after his citizenship was restored.  This is just one example of how many exiles yearn for homelands even when they have suffered in their native lands. (Link)

Spies and spying?  I’m good with make-believe spy stories–007 anyone?  John La Carré works.  But can we please end the real Cold War before it becomes a real Hot War?  That’s about as entertaining as our military dining on real rice–laced with real Made in America Agent Orange– in Southeastern Asia–and wishing they really hadn’t years later. 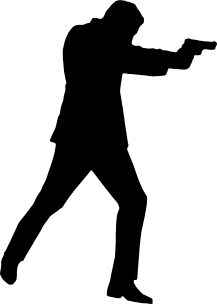 10 Responses to For poisoned Viktor Yushchenko, the dioxin vehicle was Rice a la Agent Orange