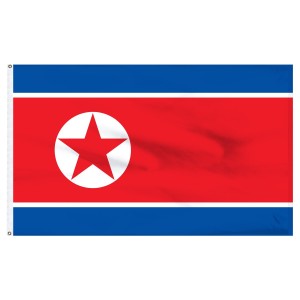 What the hey? Not that any of you avid readers will ever encounter this intractable problem, I nevertheless supply it for that inopportune moment when you find yourself at a temporary loss for words. As an important mentor instructed me once during the geographical argument over certain territories in Southeast Asia “If you can’t impress them with your intelligence on the matter, baffle them with your illuminative bullshit”. Herewith, I submit same.

Premier Kim Jong-Un announced he would personally be giving a news conference discussing North Korea’s imminent landing of a man on the sun within the next several years. After his initial announcement on the subject, many reporters raised their hands with questions for the Premier.

One rude reporter shouted out, “Rubbish. The sun is thousands of degrees Celsius. No one can even get within 10 million miles of the orb! How do your propose to do so?”

The audience was stunned with the reporter’s brazen query and the room fell into a long silence. Jong-Un, unruffled in the least by the outburst, declared in even tones “We will land at night.”

The gathering and everyone in North Korea watching on television broke into thunderous applause at his rejoinder. 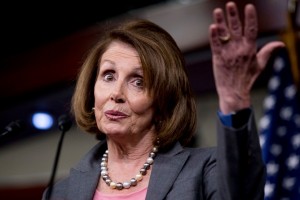 Back in Washington D.C., Nancy Pelosi and her staff were watching the news conference. Upon hearing Jong-Un’s remarks  about the sun landing, Pelosi sneered, “What a complete idiot – everybody knows there’s no sun at night.”

Her staff broke into thunderous applause at this tidbit of insight.

In the immortal words on one Forest Gump, a noted philosopher- “Stupid is as stupid does.”

And that is all I’m gonna say about that.