ACA allows the sale of health insurance across state lines–so what’s the problem?

Many people without group health insurance, VHA, Tricare/Champa, Medicare or Medicaid are dreading the Obamacare marketplace enrollment deadline in December. Why? Because interstate competition did not take off and premiums are rising. Health insurance premiums should have dropped because private insurance companies are allowed to sell policies across state lines.

However, under Obamacare, most state legislatures, which regulate and protect their domiciled health insurance companies, (McCarran-Ferguson Act of 1945), did not pass laws to allow this for the last TEN months.   About 21 bill proposals have failed in committee, on the floor, or have been vetoed by governors.  Most states have taken no action.  If Obamacare is such a financial disaster for the uninsured, should not the blame rest in the 50 statehouses?

Only Rhode Island, Wyoming, Maine, Georgia and Kentucky legislatures have made progress (LINK) but insurers aren’t biting.  The protected for-profit insurance companies still run the show. Big Pharm and hospitals don’t help. Private hospitals, and the VA, build fancy ego-edifices when clean simple energy efficient buildings are needed.  Who wants to pass a giant turd rock sculpture (LINK/story from Frank/hilarity provided by Alex’s post LINK) and other expensive arty junk on the way to a check-up or flu shot? 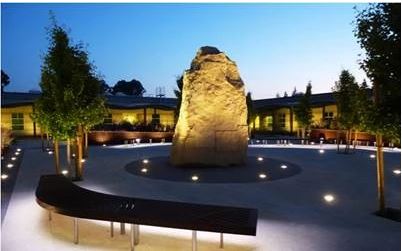 Should we allow High Risk Pools, illness 6-month waiting periods, annual/lifetime payout limits (LINK) and other literally punishing policies–something federal employees never have to endure–as we have in the past?  Heck, I’m shopping for pet insurance for our new rescued dog, and the illness waiting periods run 14 or  30 days maximum.  Federal employees are covered from Day 1.

So this “fix” may not be a great idea unless every state allows it and co-operates with each other. Fat chance.

In reality, interstate sales of insurance will allow insurers to choose their regulator, the very dynamic that led to the financial collapse that has left millions of Americans without jobs. It would also make insurance less available, make insurers less accountable, and prevent regulators from assisting consumers in their states. Source: National Association of Insurance Commissioners.

The GOP believes that premiums will lower through interstate health insurance competition.  I love the concept.  It’s an intuitive common sense idea but if not mandated, won’t happen in our lifetimes.  For self-employed younger vets who are shut out of the VHA due to income limits, affordable premiums and reasonable co-pays, deductibles, and covered drugs are essential for his/her health. A better solution is to ditch unfair Priority Groups all together.

1 Response to ACA allows the sale of health insurance across state lines–so what’s the problem?