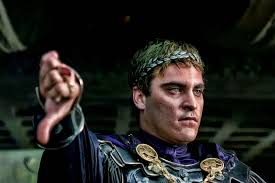 I get a lot of these from VA but this one came in from Florida John. Thank you for the propaganda. Our illustrious leader Bob wishes to keep us all up to date on the latest news of hirings/firings in the SES hierarchy. He also would like us to support his proposed haircut to BVA appeals. They want a new system where your appeal is decided without submission of any new evidence. I called it a FDA or fully developed appeal in a tongue-in-cheek post a while back. It’s not a joke now, though. VA is proposing to slay the backlog by giving you a simple thumbs up or down at the BVA Colosseum like a gladiator.

When I published that in April 2015, it was hard on the heels of Helman-Sharon, that is. I even prophesied then that what was happened in Phoenix with their “scheduling-challenged” appointment takers was going to prove to be too tempting not to share with every other VAMC or overbooked CBOC. I don’t reckon you needed to be Karnak the All-Knowing to figure that one out.

Take a gander at VA brainwashing taken to the Nth degree:

2 Responses to VASEC WISHES TO INFORM VETS OF CHANGES