Last Sunday, my old Marine, Jay, was coughing moderately at bedtime.  He was also wheezing but he has COPD so that’s not unusual.  He used his inhaler and went to sleep.  Around 3:00 a.m. he stumbled to the bathroom, and returned to bed shaking.  The trembling continued.  “Chills?”  I asked; he mumbled something.  The shaking subsided after 30 minutes. Later he awoke and tried to find his water bottle on the table, knocking things off of it in the process.  I turned the lights on. He looked as if he was having a seizure (not a grand mal) and couldn’t respond to me.  I called 911 and the ambulance took him to the ER.  Our son arrived at the ER before I did.  He has no memory of these early morning events.

Tests revealed pneumonia (1 lung) and what looked like a seizure to me was termed “altered mental state.”  He was in for one night and about 2 days, then released him with medication.  Pneumonia severity index III perhaps? (LINK)

Fortunately, just a week before, he had his first visit with a private PCP doc in our town. And this very same doctor was on duty in the ER when he was brought in. This young doctor took exceptional care of Jay, checking on him multiple times, day and night.  More VIP treatment came. Our next door neighbor, a fantastic young nurse, was also on duty; she transported him to his room and introduced him to the nursing staff.  But it’s troubling that pneumonia can progress so swiftly and with only mild symptoms. 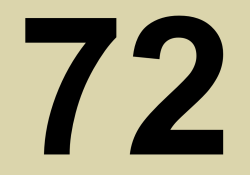 The VA was notified within the narrow 72-hour window for emergency reporting. Although he has a back-up Medicare Advantage plan, I didn’t want to take any chances that the hospital would bill Medicare first.  I wrote a post on ASKNOD in 2014 that dealt with this very issue entitled Arizona Veteran receiving non-VA emergency care screwed by private hospital and the VA (LINK).

I called the hospital finance office (live person); I called WRJ VHA (mystery person’s voice message).  To PROVE timely notification, I sent an email to the VA clinic via myhealthyvet Secure Messaging.  A VA clinic nurse responded quickly. I called the hospital again today to confirm that they should bill the VA first and if denied, then bill his Medicare plan.

VA states in Working with the Veterans Health Administration: A Guide for Providers, page 9 (LINK): :

Payments for Veterans with Insurance In situations where a Veteran has coverage under Medicare or any other health plan, Federal law prohibits providers from receiving payment from both VA and the other health plan for the same services. Non-VA medical care providers may not bill any other payer for care authorized by VA.

If a Veteran chooses to use VA benefits, the Veteran is responsible for paying applicable VA copayments; however, VA payment for non-VA medical care is payment in full, and the non-VA medical provider is prohibited by law from billing the Veteran or the Veteran’s other health plan for charges beyond VA payment.

If a Veteran chooses to have a claim submitted to another health plan in lieu of VA benefits, the Veteran is responsible for paying any co-payment or deductible required by their other health insurance to the non-VA medical care provider. Except in specific instances, VA will not pay deductibles, co-payments, or the balance of the facility charges to the non-VA facility

It’s not surprising that VA Fact Sheets written for veterans don’t clearly explain the above options and potential financial consequences of emergency care.  Many private providers don’t want to get sucked into the VA’s crazy-eligibility rules as shown below and will bill Medicare first unless the veteran makes sure VA is listed as first payer.  I was told today that if the VA denies the claim, the veteran will receive the denial letter and the hospital will then bill Medicare, properly listed as secondary payer.

The non-service connection versus service-connection emergency issue may result in Medicare being billed (see page 7) but I have no idea at this juncture. Image: CC Sean McGrath on Flickr

6 Responses to A pneumonia emergency