Shoooooooooooooooooooooo,doggies. What tangled webs we weave. This one’s a daisy. VA has mailed out the most convoluted SSOC some of you will ever read. We read of politicians and their minions gerrymandering congressional districts to encompass a more friendly constituency, but one would never think Mother VA would ever construct a corral with no gated entry.

Imagine this in historical perspective beginning in 1994

VA is becoming desperate. What we have here is a failure to communicate. A 2011 Motion to Revise (CUE) a  PCT rating decision made in October 2008 has being hijacked as a vehicle to announce a whole new grant of SMC S to 1994. In the process, whole chunks of existing ratings are vanishing into thin air with amazing prestidigitation. Unlike Houdini, the VA has to account for these sleight of hand tricks which they have not done.

For instance, gone is the March 2010 grant of 40% for phlebotomies but without a “we are calling clear and unmistakable error on ourselves”. In case all of you did not know it, a rating decision falls into the presumption of regularity that the rater knew what s/he was doing. If you award a rating based on the findings of fact, the only way to overturn it is to prove you were wrong in awarding it. Just ask Leroy Macklem. Absent a complete 38 CFR §3.105(e) CUE inspection (see also §20.1403), the decision is permanent. Just as VA gave me 10% for PCT in 2008, they had to restore it surreptitiously in the latest rating because it, too, cannot be proven clearly and unmistakably wrong. This is one reason why they always need more than one signature on a decision. Quality control comes to mind. Much like a bullet, you cannot recall an errant rating.

In a blind rush to meet Monday’s impending deadline, the ratings rangers in Seattle have once again hamburgered this for the fourth time. The SSOC is the incorrect form to use here. This is a brand new decision announced for the first time and a complete grant (finally) of all moneys owed back to 1994. Certainly, the lowball ratings are for appeal. As such, it has to follow a normal progression from decision to NOD (if needed), a SOC and finally a Form 9 to Appeal it to the BVA. Congress calls this one decision on appeal. VA has denied me for 22 years and suddenly wants to turn up the phonograph from 16 1/3 to 78 rpm. Hurried Justice is often imperfect Justice. 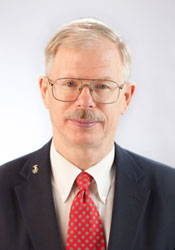 This is where having the services of an experienced Law Doggie like LawBob Squarepants comes in handy. Hell, just the electronic filing capability is good Kabuki theatre in its own right. For $13 thousand dollars and some change for a 20% representation fee, I am enjoying watching this more than I can possibly express in words. It’s a bargain at twice the price. Each day brings more mirth and humor. Mr. Walsh has earned his spurs many times over with just the Keith Roberts case and his finesse shows here like a fine old claret. I’ll be seeing Bob soon and plan to photograph the square pants for the membership.

I’d like to share with you the VA’s vain attempt to appear like they are diligently bending over backwards and looking under every VA Schedule of Rating Disabilities (VASRD) rock for that perfect, analogous rating that will transcend the ages from 1994 to 2015. Alas, the cupboard is bare, Nary a rating fits and analogous ratings are few and hard to bend to the task.

The DRO once again sharpens his pencil and grafts a 1994 VASRD to a 2015 VASRD but only awards the 1994 one. With sleight of hand, the 40% for phlebotomies are turned into -et voila!- anemia. The monetary goal is accomplished but one niggling detail still spoils the decision.

The VA’s C&P doctor, not mine, has declared me 100% totally disabled. The DRO again ignores this and offers far less knowing full well it will once again require a three-year Hamster wheel appeal. Fortunately, the VA rating was in 2008. That made it part of the original case on appeal to the Court (12-1980). Davis now has inviolate jurisdiction over this. It cannot be dismissed and sent off to BVA appealland. Nor can it be shoved under the Petitioner’s nose abruptly with a  30-day demand of put up or shut up issued. We’re talking Phil Cushman due process here. Most importantly, from a legal standpoint, if VA chooses to dispute Dr. Morgan’s diagnosis of “totally disabled”, they must prove that diagnosis is wrong-again under their very own CUE rules of §3.105(e).  Since our old friend the presumption of regularity attaches to his every word, I am content to accept it. Hey, I trust his judgement but it appears VA is less than enchanted. It is VA who must rebut this finding and they have yet to do so. On Monday, the meaning of 38 CFR §§4.6, 4.7 and especially 4.15 will be given much introspection. The futility of arguing about how the facts were decided vis à vis Fugo jurisprudence will be discussed. The term checkmate may even arise. 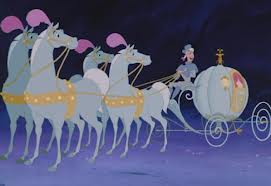 The SSOC goes on and on examining every little rating for skin, scars and systemic therapy and comes up empty-handed each time. After much consternation and endless conjecture, it is decided that there simply is nothing for it but 10%. One will notice the 10% rating is merely a restoration of a clawback in the March 2010 DRO review where it was illegally rescinded. VA doesn’t discuss that. That”s the three-card Monte aspect. Of far more import, they have taken away another rating for 40% illegally and gloss over it blithely. This is unheard of. It’s as if they have suspended the rules of gravity and flit about like faeries rearranging our memories past and present while we sleep. Each morning as we arise, a new set of ratings are in place with no explanation of what transpired before. But, like Cinderella’s coach and horses four-in-hand,  VA has given me only thirty days before the present rating reverts back to a pumpkin and several mice. 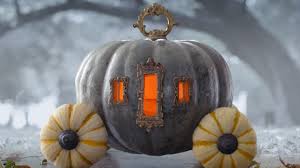 Such is the chutzpah of these folks. LawBob is busy repairing this and making sure the Court is well aware before the clock strikes 12 on Monday.

Here are his latest filings to make sure Judge Davis is apprised of what goes on behind the scenes.

This is a multipart series on the Birth of a Writ. To see the next adventure, please click here: