BVA’s ESKINAZI– THE PROBLEM BEGAN IN 1988

When we think of delay in our VA benefits sector, we ascribe it to too few raters being asked to decide too many claims with too little information in real time. Unfortunately, in VAland, “real time” is three months ago. Veterans are on the cusp of an exciting age of electrons boldly going where no electrons have gone before (VBMS). Boldly venturing off the cusp seems to be the impediment at the VBA.

In theory, VA’s IT  sherpas should be reaching the summit of electronic information retrieval.  Access to it, once you have it assimilated in a word-searchable .pdf format, is childsplay. This is what we envision VA’s ratings departments are attaining in the transformation towards a paperless system. Hey, the mailrooms are freeing up additional personnel. Everything is now going to Cheeseville and Newnan’s Own down in Georgia. There, all the paper gets converted magically 24/7 into those bold little electrons. Either the fibreoptic cables or the electrons are misbehaving because this avalanche of information can’t make it back to the VAROs in that pesky “real time” we need to make VBMS a reality. VA’s version of reality, like their math, can often be cruel.

In 1989, it took from July 13th to October 20th to get a denial on my back , hips and hearing. I had a hearing test but no back C&P exam. I immediately appealed with a NOD and got a DRO hearing. There, in July 0f 1990 I was granted an exam for my back that September. It resulted in a denial again and I filed my Form 1-9 in February 1991. I had my BVA necktie party in March of 1992 and the DAV told me I was done. I got 0% for hearing, 0% for tinnitus. No mention of the brand new COVA. From start to finish was a ripping three years and seven months.

BVA’s Commander of the 7th Cavalry, Colonel (Brevet Maj. General) Laura Eskinazi, reached the nadir of hypocrisy recently when she blithely ascribed the new three to four year debacle of appeals backlog at the BVA on the advent of the Court of Veterans Appeals. 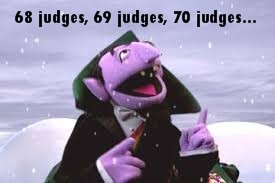 Really, Laura? You want to die on that hill? 300,000 Veterans awaiting action outside your front door and that’s the repair order? Repeal that  pesky VJRA and let’s get back to our old three-Judge boards with one being an M.D.? Ooooookay. Let’s count the judges as they say on Sesame Street. It is mathematically impossible to reduce the BVA’s backlog with the number of VLJs as it currently stands. And, much like a log jam in front of a low bridge, it merely metastasizes as time goes on.

Laura knows this and has known it for years. She is now in a position to correct an intractable, growing dilemma and wants to blame it on the 1988 Congress. No mention of a repair order. Oh. Wait.

EXPORTING THE BACKLOG TO DC

The 58 VAROs, in a vain attempt to appease USB Hickey and comply with than insane Kaizen mantra of 2015, 125 days and 98% accuracy have simply punted to the BVA. An old French philosopher once opined Mes problèmes sont vos problèmes. Here, he couldn’t be more spot on. The backlog at the local VAROs is abating like a Roto-Rootered drain. Pretty soon you’ll start hearing that sucking noise as it empties. Unfortunately, there will be a line from Seattle to DC of appellants awaiting that mythical “one decision on review” promised us by Congress in a timely manner.

Here’s Laura’s take on it:

“[T]he law mandates that appeals be reviewed in the order they are received.”

Laura. You know that’s not true. You personally invented the “rocket docket” which seems to be able to leap tall piles of older dockets at a single gesture of your hand.

The current process at the BVA is streamlined to one decision per judge per day. Even using the new, improved Eskinazi rocket docket model for the easiest of easy denials, we’re talking about reducing 100 claims a day on an excellent month when everyone isn’t on vacation or attending HR kareoke training in Orlando. Sounds good on paper view. Or are they saying pay-per-view?

WHY THE BVA WILL NEVER CATCH UP

Count the judges. On a good month, with a bunch of pedantic appeals, an Acting Veterans Law Judge can be assigned to it from the Staff Attorney pool of 500 or so JD slaves. These future VLJ judges in the wings are given the accrued benefits claims and an easy thumbs down but the numbers still do not add up. Even with the one hundred adjudications a day, the number of actual weekdays worked each year still precludes ever catching up.

Even allowing for a two week vacation to Wally World with the Missus and the rugrats, Mr VLJ is going to work approximately 230 days a year in good health with no dental checkups. Like the VA, I’m being overly optimistic with that number but as long as we’re in Six Sigma fantasy land, it’ll do for a starter. Carried out, that is 230,000 potential adjudicatory actions by VLJs- be they remands, grants or denials. With 300,000 waiting in the wings, that easily carries over the leftover 70,000 appellants into 2016. But that is not all-not by a long shot.

The CAVC is now becoming quite a Veteran tourist attraction. More and more of us are wandering off the BVA reservation penniless and discovering gazillions of law dogs begging to take our cases regardless of their merit. It used to be that 2,000 cases a year from the BVA was high tide. This last year it was 4,438. The CAVC judges armored up and hired two extra ones. Farthinkers, they. That disturbing statistic skews Laura Eskinazi’s math because 65 percent of the decisions at the CAVC either reverse, vacate or set aside BVA decisions which are substantially unjustified. Now we have 72,884 souls on the BVA’s Group W Bench. But wait. There are more returning from the VAROs yet again like dead Chicago voters materializing out of the woodwork in November. Remember remands are like boomerangs and 80 % of these things come back like a bad penny.

Introducing that error factor into the BVA decisions process and, by association, the VAROs who contrived this little game of Hide the Claim, the dynamic becomes one of a Rube Goldberg eternal motion machine that accomplishes nothing. We see a government entity- the VA in this case- engaged in measuring metrics of how many claims in, how many claims out but never how many done correctly which will never enter the system again. Absent this correction factor, the statistics are meaningless. 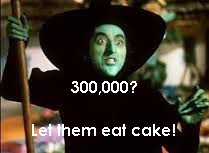 Making matters worse, Eskinazi would have us return to the pre-VJRA stone age of BVA hieroglyphics and the secret handshake. Imagine 40 Boards of three judges each (if one wasn’t on vacation) where one was a doctor of something-a gynecologist for argument’s sake. He will be allowed to opine on PTSD and Hepatitis C- a veritable jack of all diseases and master of none. In the event of his absence, the other two judges would still form a quorum legally. 40 decisions out the door each day with 100% accuracy and we’ll brook no more discussion on the subject. The doctor has spoken. Next?

Ms. Eskenazi said the problem began in 1988 when it became possible to appeal a Veterans Board of Appeals decision to a judge, adding another layer to the process. Prior to that, the final decision on appeals would be made within the agency.

Using this model, the BVA backlog will move inexorably forward but will still never begin to achieve it’s goal of six months to a year. Why this glaring statistic is so hard to absorb speaks volumes for the myopic VA hierarchy. Like a junkie being sent to rehab,  they are mortified at the thought that their decision making authority may be curtailed or diffused by “subcontractor rent-a-judges” brought in to alleviate the situation. Judging by how hard it is to rid ourselves of the Sharon Helman’s of the VHA, we can understand Laura is loathe to hire a bunch of new judges. She’d simply have to lay them all off in five or ten years. Well, that’s assuming we aren’t foolish enough to go gadding about and start some new wars. Perish the thought. We’ll cross that bridge when we come to it.

6 Responses to BVA’s ESKINAZI– THE PROBLEM BEGAN IN 1988