VAOIG–WE WERE UNABLE TO SUBSTANTIATE… 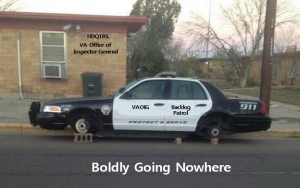 I always get a bang out of VA’s Office of Inspector Gadget terminology and descriptive adjectives. They are worthy of being hired as the President’s Press Secretary apologists. I refer to both parties’ press secretaries-not just the current ones we’ve experienced in the last several years. No party has ever had a corner on the market for incredible interpretations of current events. However , the steady drumroll of events described by our VA Office of Incredible Goings on beggars the imagination.

I share with you this incredibly incisive review of a medical mishap-completely unforeseeable apparently. A vet is bleeding out in January and says “Help!” VA schedulers promptly triage him as “routine” assuming his (and all Vets) volume of blood (10 pints) is an endless supply.

We confirmed that almost 8 months elapsed between the patient’s initial
gastrointestinal-related complaints in January 2011 until his colonoscopy in August.

We did not find that this 8-month time frame represented a clinically significant delay in care. The patient’s clinical presentation was unusual for a patient with  colorectal cancer (CRC) for both the early age of onset as well as the short time period from initial symptoms to the discovery of advanced cancer. None of the providers were suspicious for CRC given the patient’s age at presentation and no known family history. Because the symptoms of inflammatory bowel disease are similar to CRC, providers reasonably considered inflammatory bowel disease as the more likely cause of the patient’s symptoms. At each visit, providers evaluated the patient’s condition and initiated appropriate laboratory and other diagnostic tests as indicated. [Well, except for a butt tractor exam or a CAT scan]

Gosh, when you’re bleeding out the butt at my gastrodoc’s shop, you’re thrown on the table the next day to find out what in Sam Hill is afoot. VA has a different metric and the OIG apparently defers to the VHA’s much more knowledgeable medical assessment. Read on. 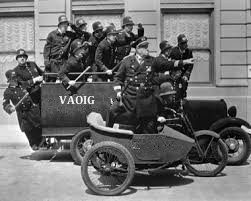 When the patient reported recurrence of blood-streaked diarrhea in April, his primary care provider requested a routine Gastroenterology (GI) Clinic appointment, which was scheduled in early June. The emergency department provider told us that he attempted to expedite the GI appointment (via an “added comment” in the consult) because of the patient’s anxiety (not because there was a clinical urgency); we found no documented evidence that the request was reviewed and considered by a GI provider at the time. At the time of the June visit, the GI provider evaluated the patient and ordered a routine colonoscopy, which was scheduled for mid-August. We could not say with certainty that the patient’s outcome would have been different had he received the diagnostic colonoscopy sooner. The colonoscopy and subsequent computerized tomography scan revealed the patient had a large mass and advanced CRC with metastasis to the liver. As CRC is typically a slow-growing cancer, the patient likely had advanced CRC at the time of his initial presentation with symptoms. The patient subsequently transferred his medical care to a non-VA provider. He died a little over 2 years later.

Shoo, doggies. The Vet was a walking dead man so no flies on us. What kind of medical diagnosis is that? “We did nothing for eight months but it wouldn’t have made any difference if we had. Therefore you cannot accuse us of malpractice after the fact”. This is exactly what is wrong with the VA style of medical excellence we read of. Excuses are like assholes and the VA OIG is careful to make sure every one of their brethren over at the VAMC has one. I might expect this of the New York Police department and their “Blue Wall” but hardly from a government agency tasked with the responsibility to provide us with the most up to date medical advances available. To have the VA’s OIG as the designated apologists at every turn so as to deflect criticism is alarming. Nevertheless, no one bats an eyelash and this modus operandi has been ongoing for almost a century. If you had never cracked a book on VHA’s fabled shortcomings, you would be forced to assume they are above reproach. 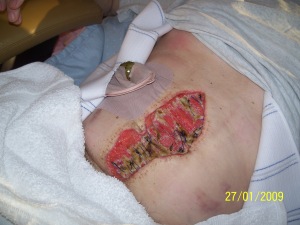 This sounds like what happened to me. “We reviewed Mr. Graham’s Computerized Tomography Scans and were unable to ascertain any free air in the abdomen. Therefore we surmised that the fact he was swelling up like Octomom was due to post -surgical edema and not the shit that was piling up in his abdominal cavity due to the inept surgery we performed. As soon as we realized there was a problem, we performed another surgery and corrected the septicemia. We were unable to substantiate that the septal infarction and permanent T-wave abnormality following surgery was in any way related to the septicemia experienced for eight days that damn near killed him.”  Next?

Here’s another excuse template followed almost to a T.

We substantiated that the nursing staff did not perform patient rounds in accordance with the Medical Center policy, which requires a patient to be checked every 30 minutes. In addition, we found no documentation of actions taken when non-nursing staff notified Spinal Cord Injury staff of a change in the patient’s condition.

We could not determine whether a failure to immediately assess the patient for possible problems led to this patient’s death. 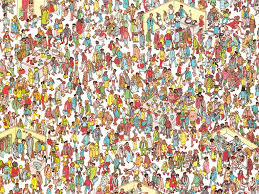 It appears the VAMC Hampton boys concurred with the OIG’s findings and promised that VA nurses wouldn’t update their Facebook pages during normal working hours to the possible detriment of the patients. What is wrong with this picture? VA is trying to cast it in the light of “We were unable to find Waldo in spite of a diligent search. However, we were able to find that nothing Waldo did was untoward or caused anyone to reach room temperature on his watch.” No harm, no foul. Give dat man a bonus!