The Official photostreams of the branches of military service show tomorrow’s veterans at work today.  They are doing dangerous work, useful work, and humanitarian (also dangerous) work.  Will they find meaningful well-paying work commensurate with their experience and skills when they come home?  Will they be treated with dignity at a reformed VA, or will they be frustrated with the same old disrespectful system based on obfuscation and lies by employees who have little empathy?

The Air Force stream is a favorite of mine for stunning aerial imagery.  On the site you can zoom in on the pictures to see amazing details.

Line of fire Pararescuemen shoot their rifles while wearing gas masks as part of a shooting drill during the 2014 Guardian Angel Rodeo, Kirtland AFB, NM, Sept. 24, 2014. (Photo by Katie Spencer) 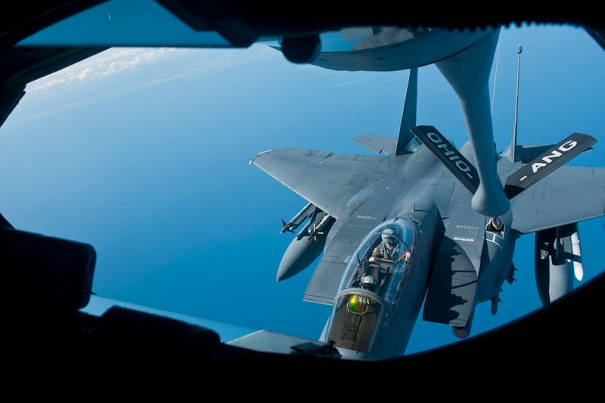 I see you: Airman 1st Class Ryan Neal looks down the sights of an M4 carbine during training Sept. 11, 2014, on Andersen AFB, Guam.