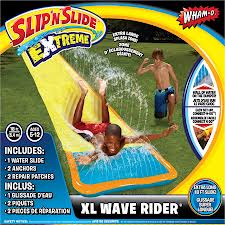 As usual, on Labor Day weekend, something magical happens. In our case it was rain finally after four months without. The roads have so much oil on them it’s like an ice-skating rink. Come to think of it, this must be a piece of cake for all them girlie men who moved up here from Kalifornia. How often does it rain down there? It must be a real slip ‘n slide for them on those rare occasions. For us, it’s an anomaly to go this long without some moisture. Fortunately I bored my well down to 332’.  My neighbor Roger Ramjet didn’t plan for the 500 year drought and went to 160. He ran out last week for 22 hours. He also cheaped out and didn’t get a surveyor. The well’s on my property by an easy 19 feet but that’s a funny story for another day including the part about him having to move his outbuildings. Hey, it’s not like I made him move the well.

I file this under the ILP folder because some day I’ll get to DC on my greenhouse appeal and we can point to this as proof I really garden for vocational purposes.

The other magical thing that happens is Harvest Time. All those long hours sitting, tending, weeding, watering and watching the plants grow is over. The Squirrel Nutkin gene takes over and you find yourself stuffing eight cherry tomatoes in your mouth… just to see if you can. Everything goes into jars, bags, freezers and the dehydrator in a mad scramble. Wouldn’t it be neat if we had those ginormous cheeks like chipmunks and hamsters? 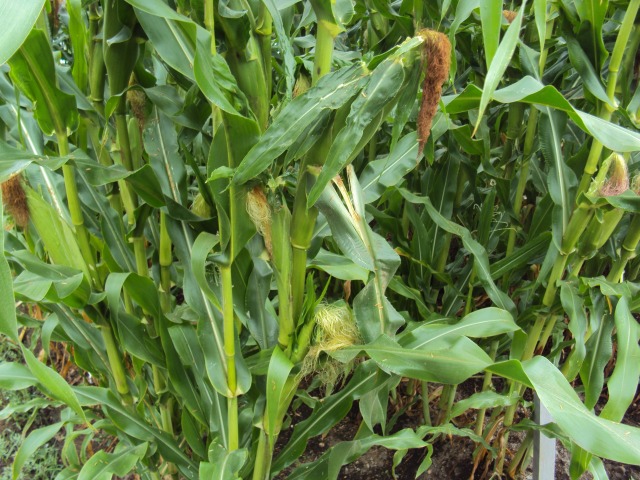 Likewise, at Rancho Grahambo, everything is going to come due in short order if it hasn’t already. The corn is slower than the seven year itch. Looks like we’ll be needing the six foot ladder to get the ears up high. It went over 10 foot 9 this year. Twice we’ve made the foray into the forest and twice we’ve been skunked. It’s close, though. This is white Silver Queen donated by members Leigh and Paul from Maryland. It’s “VA” corn. It promises much and takes forever. Yep. Take a closer look.  Put your cursor on the picture and click it for zoomies. The stalks are throwing three ears and some have offshoots from down low in the dirt with another one. I figured 700 ears but it may be a real corn year.  Of course, if it’s VA corn, it might be a good year next year or the year after. 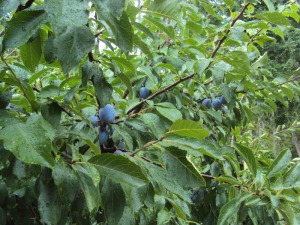 The Italian Plums are holding out for Halloween. Everyone else’s are done and a memory. Not ours. VA chemtrails, dude. It’s a conspiracy to prevent them from ripening. 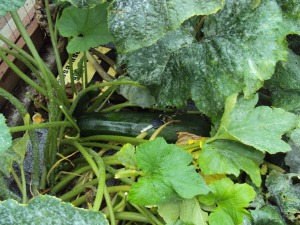 Zuke report: This one got away from me. I found it this morning and I doubt them little gals down at the food bank could lift it.

My long running dog and pony show has folded up. As most might know Molly had a heart attack March 6th and moved on to Tennis Ball Heaven. Dude departed for the Elysian Fields in June for no apparent reason, too. They were both eleven. Wally was inconsolable so we went out and got Kona to keep him company. Jez, if you thought parrots were expensive, try finding a cheap thoroughbred. Cupcake insisted it be a “real horse”. At 15 1/2 hands, he’s real and taller than the corn. 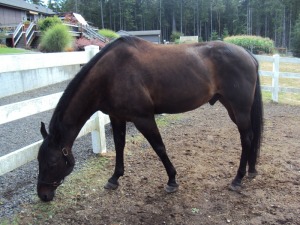 I’m guessing Kona was owned by a Marine before Sandy sold him to us. He has a “41” on his left rear leg. You know Marines. They’ll tattoo anything that gets drunk and holds still long enough. You’d expect something like a naked lady with big hooters in front of an anchor.  Kona is also a Type 2 personality. You can shoot from the saddle and it doesn’t even faze him. More reason to  believe the Marine theory. 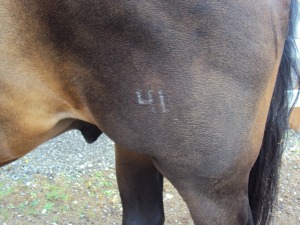 As with any new 15 1/2-hander, you need a new barn he can get into. Our old one wasn’t even close on the headroom. I can see what’s on the horizon with Cupcake. “Honey, we ought to get another horse so we can go riding together…” So I built it with two stalls. A warm thank you to VA for the funding of the new “Equestrian Centre”. 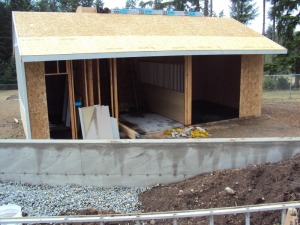 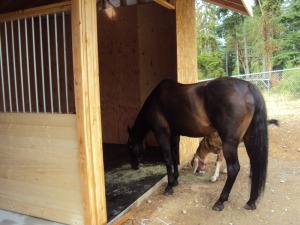 Here’s the rest of the fruits. We don’t have nuts here. Strangely, Cupcake laughs when I say that. 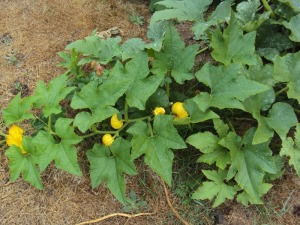 Jack be Little mini pumpkins for the grandkids. 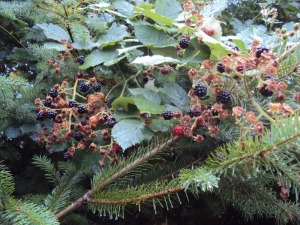 Blackberries. In Washington, they are a weed. 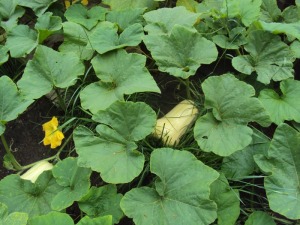 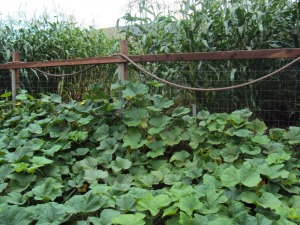 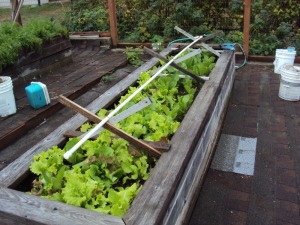 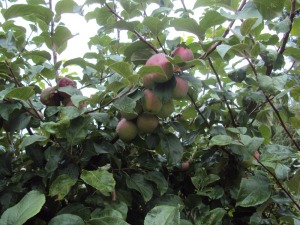 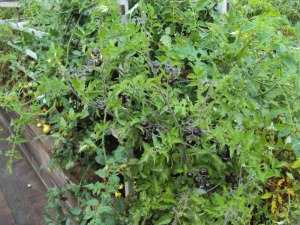 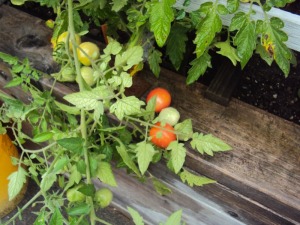 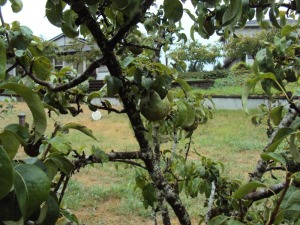 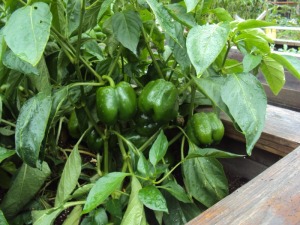 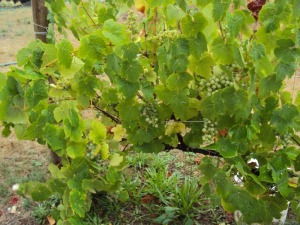 There’s also the big cannon ball pumpkins for carving funny faces into and a host of other things we grew but I think that touched on the majority. Carrots and cukes aren’t unique but they’re sure fun to eat.

A warm thank you to member Ralph from  Cape Hatteras, North Carolina for the Parris Island Romaine. I had the seeds checked out for Benzene residues but they’re okay. Seems the Marines are checking out their food and water more closely nowadays. Leigh’s Paul who sent the Silver Queen was a Marine too.