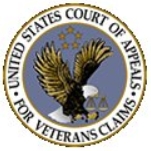 Once again, we delve into the intricacies of just what it takes to invoke the dreaded word “Reverse”- the ultimate bitchslap to a Veterans Law Judge (VLJ).  Equally embarrassing  is the fact that the Office of General Counsel (OGC 027) has been hoodwinked into going along with this. I prefer ‘inveigled’ as it implies the RO examiners, the RO RVSRs, and all the industrious little elves  who fashion decisions out of whole cloth at the ROs were studious and dutiful in their investigation/decision of our claims. Additionally, all the staff attorney/future Acting VLJs and the actual judge himself who signed off on this travesty of justice have to have been equally hornswoggled or complicit in a ‘prearranged’ denial with a rat’s ass chance of ever winning.

I’m sorry but this one goes over the top for stupidity on VA’s ‘independent medical examination’ or IME meter. The purported rationale for the remand to readjudicate this with an eye towards a genuine, independent assessment of Mr. Issa J. Traore is that the BVA VLJ failed to get ‘substantial compliance’ with the remand order and thus committed a Colvin violation or what we in DickandJanespeak call “busted for impersonating a  medical doctor”-or any kind of doctor for that matter. That includes, in no particular order, psychiatrists/psychologists, chiropractic doctors, naturopathic doctors (Wiccans excluded), medical doctors and the VA dentists. The idea is to look professional when you arrive with the hanging rope. Having a good denial nexus that covers all the bases and explains it in plain English is paramount. Having the proper credentials to opine with is even more so.

At the bottom of this decision, fortuitously pointed out to us by Judge Greenberg and his merry band of sleuths, is footnote² at the bottom of page three. The footnote annotates the phrase:

“The appellant separately underwent a  VA examination for his psychiatric issues in August 2012.”²

Prefacing this phrase above is the predicate for the term ‘separately’ at the bottom of page 2. Read this one carefully.

So, various VA examiners, specialists all, replete in the knowledge of their respective fields of expertise, all opined over a very short period of time in August 2012 that Issa J. was not Totally Disabled due to Individual Unemployment (TDIU) but rather upper body-challenged for doing lifting over his head. Concurrently, another specialist, a psychiatrist probably, has inveighed and postulated that Issa is good to go on the Major Depressive Disorder thing and should be capable of holding down one of those “Earn $12,000.00 a day AT HOME in your Spare Time, Dude!” jobs. The Heart Doctor put him on the treadmill for the 5-minute/50,000 foot stress test – and he passed.  And lastly, the Podiatrist or orthopedist did an in-depth analysis of foot and ankle issues and gave him a clean Bill of Health for his new computer vocation. Or did they?

Minimal interaction with others and a steady income stream. A marriage made in Heaven. No heavy lifting, either. TDIU denied. Back to work, Issa.

Padewan you are, yessssssssss. Back up and reattach the boat to the dock, Gilligan.  Our erstwhile friend footnote ² has this to say:

²Both the physical and the psychiatric evaluation are signed by Monica C. Rupp, RN BSN (Record @ page 72, 97). The examinations therefore appear to have been completed by the same examiner.

Ruh-oh, Rorge. Can this mean that our multi-talented VA examiner Monica has even more initials after her name and is merely too polite and well brought up to brag by divulging them all? Well, not exactly. The BSN is explained here  Basically, it’s a RN who went for a Bachelor’s in Nursing. Boy, howdy. They must teach a shit ton of subjects there at the BSN community college. The amazing thing is that Nurse Rupp RN, BSN, can upstage a true medical doctor and her opinion is given added weight if she has had the pleasure of perusing Mr. Traore’s c-file. Just like that. Such are the prerogatives of the exalted VA Examiner-Poobah. This happens about 800 times a day across the fruited plain.

After reading extensively on why Nurse Rupp has the particular combination of letters after her moniker, the answer is simple. Monica did this on the fly. Monica was on a low budget. She did the Licensed Practical Nurse (LPN) to RN bridge program on line and then jumped into work and eventually took the BSN on line. Her actual hands-on experience in a medical environment is virtually nil but her value to the VA is immeasurable. Chances are the VA paid for her BSN or a big chunk of it. Thirty pieces of silver? Priceless. For all else there’s a VA bonus. 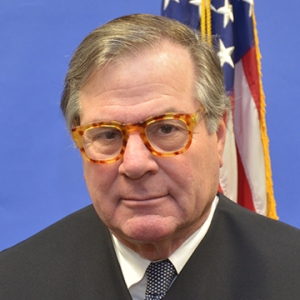 Judge Greenberg, the FNG at the CAVC,  is far too polite and well-schooled to call the VA out on this so he subtly footnotes it, and relegates it to the bottom just to let VA know he spotted it. Sharp-eyed law dogs should zero in on this like a gaggle of setters on point. The reason is simple. Our good friend the much-vaunted Presumption Of Regularity (POR) in all things medical is at stake. Every C&P, every doctor’s finding, every VA examiner’s reasoned explanation is a finding of fact. This one footnote implies VA has used gross chicanery and misfeasance to accomplish what they were unable to do via legal, independent venues.

Once you overturn the Presumption, there can be no more assumptions, presumptions or consumption of VA propriety. The whole legal concept that VA is pure as the driven snow abruptly melts and reveals a dirty parking lot full of potholes. We see this at the Phoenix VAMC and about 190 other VAMCs/CBOCs etc.  Much like the credibility presumption we cling to in a claim, once it is proven you are a card-carrying bigot from VA who cheated on a  C&P exam and screwed over the poor Vet, every action-indeed, every facet of the decisional process -is not just suspect, but incredible. Incredible like RVSR aliens with big eyes and gray skin. Incredible like a gigantic conspiracy by the worm people to take over the land east of Nod. As incredible as a systemic VA conspiracy to cook the books at VA medical facilities nationwide in pursuit of lucrative VA bonuses for ‘fixing the appointments backlog’.

VA avoids this like the plague. Nobody wants to be revealed as being devoid of credibility. Either you are an honest, pro-Vet, stand up agency or… or what? You’re a den of liars and thieves?  Mostly, nobody at VA wants to disturb, cast aspersions on or negate the POR. It is Sacred Writ. ‘Tis far better a rater who would grant the claim on remand now to avoid dismemberment or a rending asunder of the sacred holding. I’m sure that’s part of the password and secret handshake they use at VA. Although I’m not allowed to reveal my sources, I will confirm the Rater guy I got this from in Seattle has really big, bugged out eyes but it was dark and he was wearing a trenchcoat and what appeared to be gray slacks. And that’s all I’m gonna say about that.

The smart money in Reno is  10-1 on Issa driving a new 2016 Lexus and the VA’s POR remaining intact like a virgin’s hymen. The VLJ will be instructed to get the vapors and suddenly realize he is not House, MD. Issa will get his full ride and the P&T from the AMC to keep it away from those boorish RO chuckleheads. It’ll also take about another year or two for the attorney to get his EAJA funds just to be mean and spiteful. 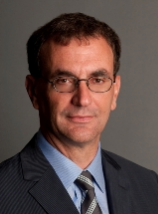 Vets should note the rainmaker on this was Robert V. Chisholm. He’s in the Yellow pages and he didn’t just arrive on the SS Mayflower last night. He’s very well respected in the Veterans Community.