As usual, misbehaving VA patients locked up in the Psyche ward are doing everything in their power to screw up bonus checks for the Lyons, New Jersey, VA Medical Center’s head honcho.  In a deliberate attempt to sandbag his chance  at a $10,000 ” VISN Dude of the Year” award,  an unidentified inpatient purposefully consumed his prescribed medications instead of refusing to. Get a load of this bag of Halloween candy. No wonder he came down with a fatal tummyache. Relax. VA’s OIG is on it like whitewash on rice.

The Office of the State of New Jersey Medical Examiner’s autopsy report listed “Acute intoxication due to the combined effects of cyclobenzaprine, tramadol, gabapentin, sertraline, hydroxyzine, and amlodipine” as the cause of death. The manner of death (suicide, homicide, accidental) was listed as “undetermined” and final diagnoses included hypertensive and atherosclerotic cardiovascular disease.

Man, that hypertension thing is a killer. Beware. That was just the lead-in article. Here’s another one of those “If the Veteran had just told us where the owie was, we wouldn’t be talking about this now”…

OIG found factors that contributed to the missed diagnosis as well as opportunities for improvement in system processes that affected this patient’s care. The oversight of the patient’s care continuum was lacking, and there was inadequate communication between primary and specialty care providers and VA and community health care facilities. OIG recommended that the Network Director initiate a root cause analysis to evaluate system issues outlined in this report and evaluate the care of the patient discussed in this report with Regional Counsel for possible disclosure to the surviving family member(s) of the patient.

Bummer, dude. The patient’s care “continuum”was lacking. God, I hate that when that happens to me. There went the Grand Poohbah’s bonus check. Might be time for a root canal of the individuals involved rather than a root cause analysis. The Vet is dead. Helloooooo? How is discussing the screw-up post-mortem with the family going to do ameliorate anything? Maybe talk them out of filing that SF 95?

Another positively delicious item. Remember the Orlando Human Resources  All expenses paid Golf Tournament and Karaoke Training Conferences as in plural? The final tally on that extravaganza  is coming home to roost ($15.5 million-over two years) but as with any OIG investigation, this one has been expertly alphabetized to mask ownership. Thus you get (variously) IA (interagency), OPM (Office of Personnel Management), SPI (Separately Priced Item) and OALC (no one ID’d that one). OIG’s unofficial motto is “If we can’t impress them with our intelligence, we baffle them with our bullshit.”  An example:

We took this to an expert at VA  who wished to remain nameless and had him translate it into Vetspeak. Here’s the Hooked on Phonics® version: 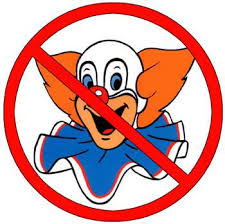 The Office of Intercepting Goofups at VA informed the number two guy over at Human Resources that he was in deep ship if they kept putting Karaoke training, ice sculptures, complimentary 18-round golf, helicopter tours and wine tastings on the official VA tab. Henceforth, they must be buried deeper so accountants cannot excavate them as easily. It was suggested that they hide it in the Information Technology budget which has a secret slush fund specifically created  for this contingency.

September’s VA follies can be viewed in all their shining splendor here. The ones cited above were just the low-hanging fruit.