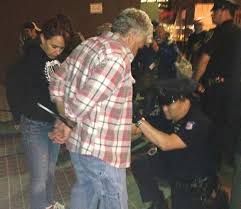 Seems like it’s time to take the protein pill again and strap on the brain bucket. When we become Veterans, it is to be assumed we have finished our commitment to preserving America’s freedom. We then pass that torch on to the next generation. What, then, do you make of it when your own Commander-in Chief decides to fence you out of the very testimonials to your bravery, sacrifice and courage? All the memorials on the mall in D.C., for the most part, are the product of  private donations. The Federal government merely supervised the construction of these edifices-no more. They are self sustaining and need little more than passive supervision. They are certainly not an amusement park or attractive nuisance requiring constant maintenance and attention. Being works of art in their own right, rarely do they suffer from vandalism or graffiti. How, then, should we view the rationale for this disenfranchisement? Or, viewed in another light, what does this say about Veterans and how should we respond as a group? 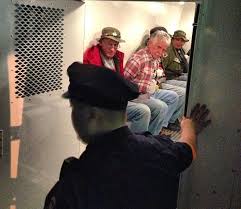 Of more concern, how is it that an altruistic group can usurp the mall for a gathering (especially authorized on short notice by the same Commander-in-Chief), composed of illegal aliens advocating for changes in the Immigration law? Yesterday, Representative Nancy “Paxil” Pelosi addressed these august, undocumented visitors to the United States and cheered them on to greater accomplishments. Sadly, she had no time to scoot over to any of the numerous Veterans memorials that dot the adjacent landscape and pay her respects to some of my Veteran friends.

I guess the one thing that sticks in my craw the most is that none of these memorials ever needed a fence to control after hours visitors nor were they “shut down” to visitor traffic during the last government financial problems seventeen years ago. The dichotomy of all this is disconcerting. Whereas former President Clinton was once heard to say “I feel your pain” (speaking of America’s malaise in general), it seems our pres(id)ent inhabitant of the White House is saying ” Let them eat cake”.

This is counterproductive and does nothing to endear our first genuine black President to his adoring Veteran public. Fencing us out of what are rightfully and legitimately our touchstones is pointless. It is designed to cause discomfort and inconvenience and little more. It has no correlation to the present reality. Most Veterans who served in WW2 are unlikely to come to DC from Missouri on an Honor Flight to throw blood on their Memorial. Even more absurd is the idea that one 90 year old lone wolf might attempt it during a shutdown of government. That, my fellow Veterans, is the standard we are being made to suffer for. The phrase “Idiot’s delight” rings in my ears along with my service-connected tinnitus.

I won’t go into this any deeper and question the logic of inflicting an imaginary scenario of rampant public (or Veteran) civil disobedience on DC but one must admit depriving Veterans in this ill-contrived fashion  can only be perceived as throwing down the gauntlet. The civil backlash appears to be brewing and fomented by nothing more than the aforementioned disenfranchisement. 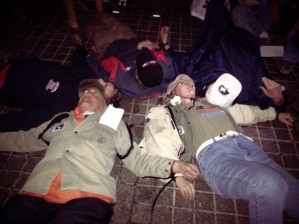 Four tour and Combat medic (and member) Bruce McCartney (Georgia’s Tip of the Spear) is, even now as we speak, helping to organize a million Vietnam Vet assault on the Capitol this weekend to add an exclamation point to the “Rolling Thunder” crew from September 11th. Combined with the threat of 18-wheelers clogging the 495 beltway in search of defenseless (read gutless) congressmen, this should prove to be an interesting week, newswise, for the mumbling media.

The Million Vet March on the Memorials will be held Sunday, Oct. 13, at 9 a.m. Eastern Veterans Time (EVT) at the World War II memorial on the National Mall, the location where rangers under orders from the White House tried, unsuccessfully, to prevent vets from visiting in recent days.

I wish I could say that I hope to see you and Nancy there but travel from Seattle to DC on such short notice is beyond even my means. As for Rep. Pelosi, short term travel arrangements from California aboard her private, government-supplied  jet were simply unavailing but she shares our cake pain. 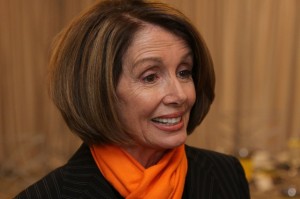