I always troll the CAVC decisions site and look for these. The key word is “reversal.” If you see that, you know it’s going to be brutal. Most of them contain a “The Secretary seems to think that…” and concludes with “This is what the Secretary gets for thinking…” I often speak of Mission Creep -the inexorable ability of Chapter 38, Code of Regulations to get pregnant and give birth to new meanings while we sleep.  The Secretary’s minions attempt this with varying degrees of success at the CAVC and the Fed. Circus. Given too egregious an error, the Court puts it’s foot down.

Mr. Earnest Wilson was a ground pounder in Vietnam. He got a bit of bent brain syndrome and picked up a PTSD rating. Later as it progressed he applied for an increase. Again, several years later he did so. This is the established pattern VSOs use gradually attain a higher rating-bit by slow bit. It worked right up until Ernie hit the wall at 50% and VA refused to go higher. The battle lines were drawn. He eventually got his increase to 70% ten years later and an effective date of 2011 but in the meantime had picked up a 100% rating for CAD. When they denied his earlier effective date he was asking for on the 70% original 2001 filing,  he dug in.  Here’s the bones of contention:

In an appeals satisfaction notice, dated March 26, 2012, Appellant endorsed the document, which read, in relevant part, “Please only return this document if you no longer want to pursue the remaining items contained in your Board of Veterans[‘] Appeals remand.” (R. at 26 (26-27)). It was stamped as received by the Board on April 20, 2012.

In another document, also dated March 26, 2012, Appellant responded to the most recent SSOC, electing the following option, “I have no other information or evidence to submit. Please return my case to the Board of Veterans’ Appeals for further appellate consideration as soon as possible.” (R. at 29 (29-30)). This document was stamped as received by the Board on April 10, 2012. 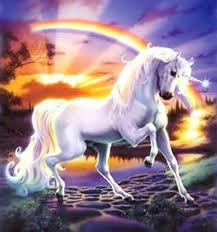 In our wonderful world of nonadversarial, veteran friendly rainbows and unicorns, we have come to understand a different truth. The regulation says that but it is in theory only. Ernesto had signed two documents, one after the other in short order. He probably thought it was all part and parcel of the same thing. Not. One said he was happy and heading on down the road and the other said the exact opposite and also requested a new hearing on the subject. The one that said he was happy had instructiions on where to mail it but Mr. Wilson also overlooked that and mailed it to his VARO. In our unicorn world, that form would have rotted for a year in limbo before it again saw the daylight in DC. Yet miraculously it appeared only ten days after his correctly filed missive. Wonder of wonders. VA efficiency is sometimes legendary when it works against you.

VA would have us believe that because he filed a form surrendering, VA can only assume that anything else they received was rumors and propaganda.  Nowhere is there even a discussion about the enigma associated with two disparate, diverse documents -or a hearing which somehow never materialized.

In this case, the Court is unable to conclude that the context and content of the “appeals satisfaction form”fulfilled these withdrawal requirements. First, the appellant executed the “appeals satisfaction form” and the SSOC notice response seeking appellate consideration on the same day.  In accordance with the nonadversarial claims adjudication process, VA should have resolved any apparent discrepancy before proceeding to dismiss the appeal. See Verdon v. Brown, 8 Vet.App. 529, 533 (1996) (holding that it is insufficient to conclude that the appellant has withdrawn his claims “without providing an adequate statement of reasons or bases supporting that claim.”); see also Kalman, 18 Vet.App. at 524. Regarding the content of the “appeals satisfaction form,” the Court agrees with the appellant that it “speaks in terms of discontinuing other actions that were
requested by the Board in the May 2010 remand; it does not speak in terms of withdrawing new issues or the issues that were deferred.” App. Br. at 9; R. at 26 (“Based on the decision rendered, I am satisfied and wish to withdraw any remaining issues that have been remanded (sent back) to the
Appeals Management Center by the Board of Veterans Appeals for further development.”); see Kalman, 18 Vet.App. at 524 (holding that the veteran’s statements must be understood in context). After considering the nonadversarial nature of the VA claims adjudication process, the content of the appeals satisfaction notice, and the context of the appellant’s submission of that document, the Court is left with the definite and firm conviction that the Board lacked a plausible basis for its decision. See Kalman, supra; see also Padgett v. Nicholson, 19 Vet.App. 133, 147 (2004) (en banc) (holding that reversal may be appropriate even if there is “existence of some controverting evidence (that is, evidence that is not in the appellant’s favor).” ) (opinion issued nunc pro tunc to November 2, 2004, sub nom. Padgett v. Peake, 22 Vet.App. 159 (2008) (en banc)).  Accordingly, the Court holds that the Board’s determination that the appellant withdrew his appeal is clearly erroneous, and the decision will be reversed and the matters remanded for further
adjudication. See 38 U.S.C. § 7261(a)(4); Kalman and Gilbert, both supra.

So our teaching moment here is if you accidentally sign a fistfull of papers and send them in to all the wrong folks, that VA will take the absolute worst choice for you judicially and assume that you do not want any more money or a higher rating in spite of what you said on the other one that you meant to file. The CAVC has caulked yet another little hole in the wall for Vets and VA henceforth in the future will actually have to put off your hanging for a day or two and ask you what it is you were trying to file for. Rats. Foiled again.

And here’s the Don’t ever do this to another Vet admonishment: