BVA–GOING FOR THE EARLIER EFFECTIVE DATE 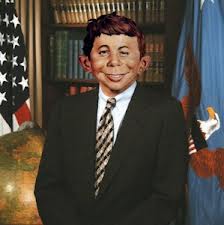 He’s not dead yet.

Here’s a smart Vet. Get a good law dog and go to appeal. He did just that. He hired Daniel Krasnegor. Danny boy is a past master at HCV claims. You’ll see his name on quite a few. Here, he took the VA on and positively smoked them. His Vet gets 100% and now the inevitable Fenderson staged ratings dance ensues. All this over a 10% rating. The VA raters  at the Cleveland RO must be kicking themselves in the ass for not tossing him a 60% bone. He probably would have just gone home to die.

This matter comes before the Board of Veterans’ Appeals (Board) by order of the United States Court of Appeals for Veterans Claims (hereinafter “the Court”) in October 2007, which vacated a July 2005 Board decision and remanded the issue of entitlement to a rating in excess of 10 percent for additional development. The appeal arose from an August 2003 rating decision by the Cleveland, Ohio, Regional Office (RO) of the Department of Veterans Affairs (VA). The Board remanded the issue in February 2009 and in an April 2011 rating decision an increased 100 percent rating was granted for the Veteran’s service-connected hepatitis C disability effective from November 13, 2008. In subsequent correspondence it was asserted that a higher rating was warranted prior to November 13, 2008.

VA immediately takes the position that it has been more than a stand up agency in caving in. The only problem is they fought Johnny Vet tooth and nail all the way up to the CAVC before they got caught cheating and caved in. Now, ten years after beginning this, they’re haggling over when he should get a compensable rating commensurate with his illness. This is so VARO. Here he is back at the BVA being saddled with the inevitable remand (again).

Although this case has been previously remanded for additional development, the Board finds that in light of the receipt of a recent statement from the Veteran’s attorney, further development is required for an adequate determination. In a January 2013 statement in support of the appeal, the Veteran’s attorney asserted that the record showed the Veteran’s employment at the Louis Stokes VA Medical Center was terminated in July 2008 and requested that employment records pertinent to how his disability affected his employment be obtained. It was further asserted that the available record showed he complained of being weak and fatiguing easily upon VA examination in February 2000 and that upon VA examination in May 2003 he complained of malaise, lack of energy, decreased appetite, and abdominal pain. It is maintained that the Veteran met the criteria for a 30 percent rating under the provisions of 38 C.F.R. § 4.114, Diagnostic Code 7345, effective prior to July 2, 2001, and a 20 percent rating under the current criteria.

They’ll quibble for another five years in this penny poker game all the while keeping watch out of the corner of their eye to see if Johnny keels over and dies during the pendency of this latest appeal.  Old Danny boy might look wet behind the ears but don’t let that fool you. He carefully cultivates that look to assuage VA’s law dogs. In truth, he was raised by legal wolves and and still bites like one.