WHERE’S MY CUT OF THE EAJA FEES, DUDE?

Every once in a while, we see a case here that induces compassion for the Veteran. If there is a God, he was AWOL this time. Occasionally we’d post some under “Frivolous Filings” in the old forum. I honestly didn’t believe I’d find another one quite like this.

Sit back and listen to Lynn M. Wade’s sorry tale of woe. If we can believe his tale, he has been horribly bushwhacked by carpetbaggers and scalawags at every turn. Without a minder, he has wandered in the desert for 8 years. Much baksheesh has traded palms with nary a shekel touching his. In his own words… 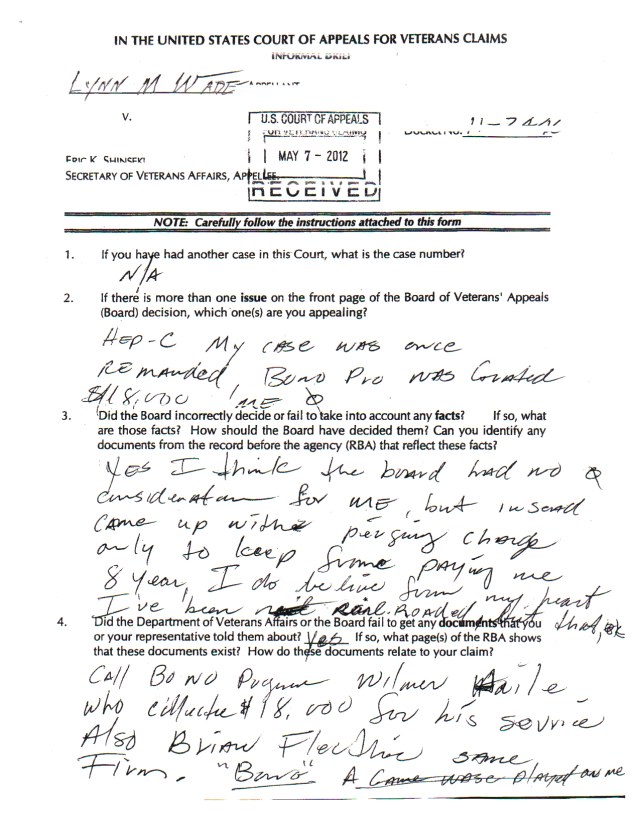 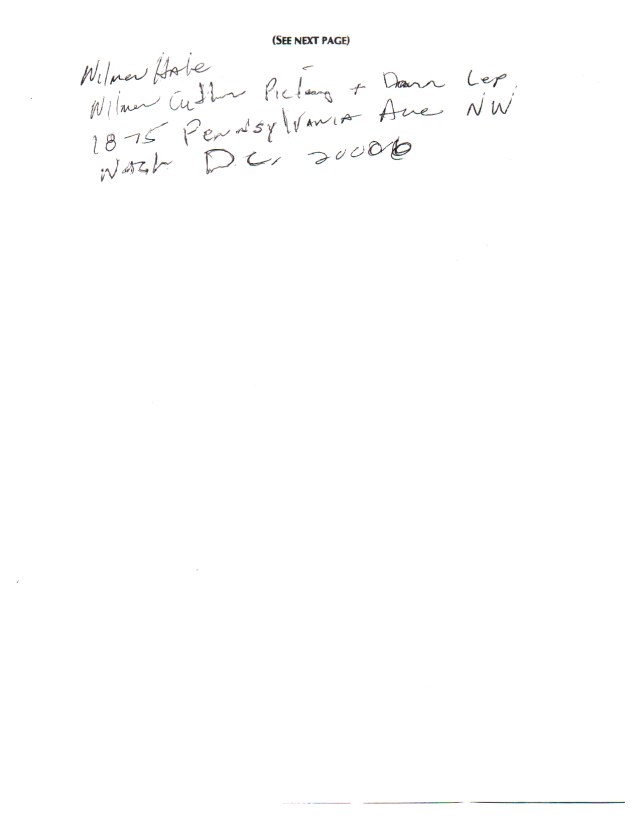 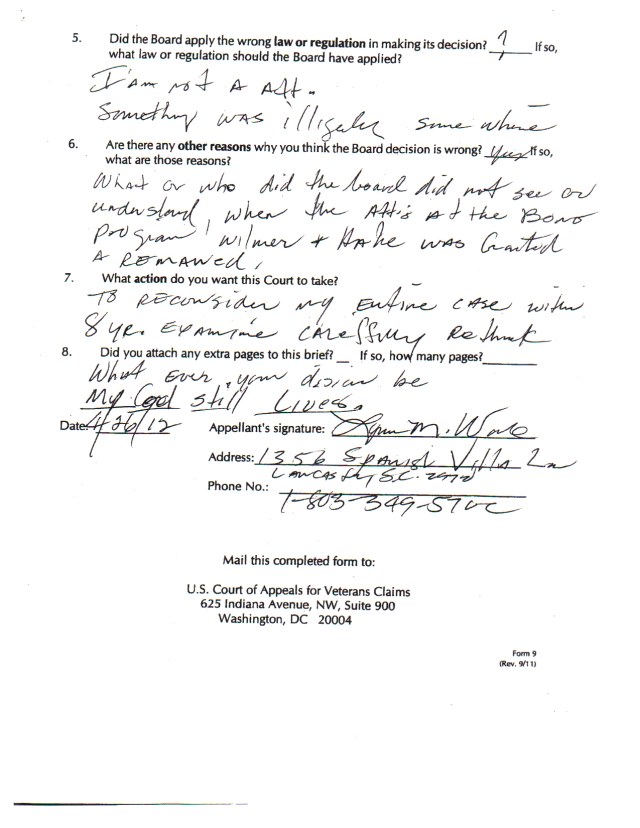 It’s just idle conjecture to me to comment but I would point to this and say it reminds me of the movie where Tom Hanks is shipwrecked. Remember him storming (comically) up and down the beach in front of his new fire and shouting loudly “Witness my prowess! I have made fire! Fear me! ” Now substitute Lynn standing in front of 625  Wagonburner Lane NW beating his chest… 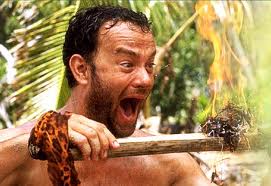 Yes I think the Board had no Ø consideration for me, but instead came up with perjury charge only to keep from paying me 8 year, I do believe from my heart I’ve been rail.roaded but that, ok

Obviously, if Lynn is writing this, it means his former legal help is AWOL or he has decided on a new legal strategy which is still evolving even as we speak. Who knows? Maybe he has deep pockets and will shell out $450.00 for the filing fee at the Fed Circus. As those old 8 balls say on the bottom ” The future is unclear at this time” or some such bother. 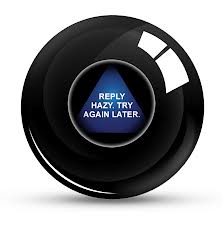 There it is. Hazy. At any rate, Mr. Wade is going to have to make some decisions soon. The ink dried on his decision January 17th- less than a month ago. He’s got the standard 60 days to file so he hits Bingo is around March 17th.

I think the biggest obstacle is overcoming his credibility issues with some of the judges he has valiantly attempted to plead to. He has stepped on his tongue and can’t seem to hit the rewind/erase button on it. Regardless of whether this started out as a Frivolous Filing, the facts are unfortunately cast in his own words. The old Diarrhea of the Mouth disease is fatal to these claims in almost all instances. If you have not created the right evidence in the record by the time you arrive at Indiana Avenue, honey, you are in deep doo-doo. And if you arrive there in your own car without a minder, you may be in for some rude surprises on how that Benefit of the Doubt thingie works in “Bono” jurisprudence.

In January 2010, Mr. Wade submitted to VA a medical opinion from a private physician, Dr. Dale R. Crawford, who concluded that “it is more likely than not that [Mr. Wade’s] Hepatitis C is etiologically related to the jet gun injections that he received in the Army.” Dr. Crawford relied in part on the appellant’s assertion that he did “not have any other plausible risk factors for Hepatitis C . . . [and i]n particular, he denies using intravenous drugs or intranasal cocaine, or high-risk sexual activity . . . [and h]is medical records do not reveal any other recognized risk factor for Hepatitis C.” Id.

In July 2010, Mr. Wade underwent a new VA medical examination. R. at 53-55. At that time, he denied having had blood transfusions prior to 1992, any past or present intravenous drug use, hemodialysis, and any tattoos or piercings. However, he reported that he had “approximately 20 to 30 sexual partners,” that he has had a history of venereal disease, and that he had a history of intranasal cocaine use that ended 10 to 15 years prior to the examination. Id. He also stated that he was accidentally stuck with a needle during active duty service “by someone who was using intravenous drugs” and that he may have been infected while receiving a vaccination through a jet gun transmission. Id. The examiner determined that Mr. Wade’s current hepatitis C is less likely related to his active service or any incident therein.

So here we have what the VA and Congress profess to be ex parte justice in it’s most raw and earthy format. The Lynnster feels himself cast as David and the VA as Goliath. In his mind this is just a small matter of exerting form over substance If he can bluster his way through and convince Judge Coral into  simply examining the record more thoroughly,  she will see he is clearly entitled to service connection. Ignore all that legal jargon and get with the “Just the facts, ma’m. Just the facts”.  Lynn’s been watching too many Badge 714 reruns. It doesn’t work like that. What makes me sad is that the Court and VA permit this self-destruct case to proceed pro se. I guess we can all agree the Lynnmeister is in waaaaay over his head. I also think we could safely say that VA knows this to be a fact as well by now. Any semblance of justice went out the window when he filed. Perhaps we should refile this in the “You have the right to remain stupid” file but we don’t have one. Nevertheless, at some point a intervention should have been effected and remedial legal help assigned. To let him proceed was a waste of precious judicial resources and a tremendous disservice to all Vets-him included. This is a horrible indictment of the nonadversarial process-perhaps an indifferent one that doesn’t benefit anyone.

We set aside our protections accorded us as Veterans when we get to the Court. We are given some deference on rules and procedure when we represent ourselves. What we are not given is license to go back and change the evidence. We are big boys and girls when we get to the Court and we must act that way. Shoot them we cannot. And gone is the non-adversarial, Veteran friendly camaraderie that you were so accustomed to at the RO where they grant if they can and only deny if they must. The Court is only too willing to bend over backwards and entertain your overactive imagination-once. When the BVA then gets their denial perfected, your goose is cooked. Mr. Wade just learned this and it will stand him in good stead in any future claims. He has now made fire and understands it’s properties more clearly. And if he is still in the dark he can go here then enter 11-2446 in the upper left Case Number/ Range box and hit search. This reveals the VA’s position on it as well. It may help shape his new defense when he refiles. 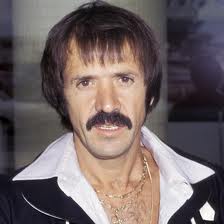 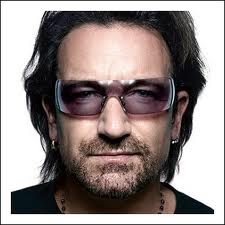 Too many Bono Pros