CAPITALIZING ON THE INSULIN PEN

Remember good ol’ boy Rahm “The Rahmrod” Emanuel of Casa Blanca Fame? He was the White House chief of staff in the President’s first administration. He was best remembered for his famous election plaint “Never let a good catastrophe go to waste”. I don’t know how he can exploit the Connecticut thing in Chicago.  In fact, Rahm and the windy city lost 446 kids there to gunfire in 2012. Sandy Hook pales in comparison but that’s not why I called your here.

As you know, any good catastrophe has a silver lining somewhere and what Senator Schumer is doing is barking up our tree. He’s drawing attention to something (IV cross-contamination) that we’ve been trying to prove for scores of years about jetguns, dental surgery and other medical misfeasance that involves “sharing” in a supposedly sterile environment. We now have a second instance (in New York again, no less) of recycling Insulpens. Consider this  below:

As was the case in Buffalo, needles were changed with each use of the insulin pens, the Olean hospital said. The risk of infection remained, however, because stored insulin in the pen cartridge could have become contaminated by a back flow of blood with each use.

“We are very aware that while the risk of infection from insulin pen re-use is extremely small, cross-contamination from an insulin pen is possible,” Finan said.

Federal health agencies have been warning against sharing insulin pens for several years. The Food and Drug Administration issued an alert in March 2009 after learning that more than 2,000 patients may have been exposed at a Texas hospital between 2007 and 2009.

When we file claims for HCV, one of the risks most Vets are sure to include is the venerable jetgun. The logic is obvious so I won’t go into it. The Dayton VAMC dental disaster is more valuable evidence to submit that Murphy’s Law is current and up to date. In short, all the risks are listed and examined. VA, as we all know, are like the venerable three monkeys and thus immune to logic. 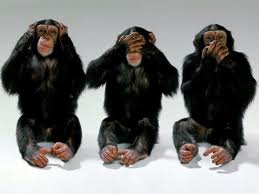 What then, when presented with a Federal guideline on the care and feeding of Insulin pens, is the VA to say about the sanitary efficacy of their much-touted medical system? In 2012, not 1968. For decades they have poo-pooed the mere idea that military medical personnel, let alone VA personnel, would even endanger our health by cutting corners. Field hospitals in Vietnam-mere triage centers on the way to meaningful medical help- were as sterile as modern-day hospital settings. Syringes to administer shots were never reused. Morphine styrettes were never, ever used on more than one soldier. Jet guns were carefully wiped with alcohol in between shots and were immediately autoclaved if one spot of blood was observed.  NOT. I remember the “autoclave” at the CIA’s USAID hospital in Ban Sam Thong in the fall of 1970. It consisted of a steel pan also used to boil water in for coffee in the morning. No lid. The syringes were glass, not throwaway disposables. The needles were few and far between. You reused them by sharpening them on the flint of a match pack. I know. I watched this personally. It was being done by a Thai doctor, not a peckerchecker. Don’t talk to me about sanitary protocols by doctors.  I’ll have none of that.

The silver lining is that VA has once  again stepped on their necktie. They didn’t have a mea culpa moment. The VAOIG showed up and said : “Whoaaaa. Back the boat back up to the dock, Gilligan. We have a problem here. That’s against the law in 48 states.” Now it’s out in the open like Dayton. This,  when added to the growing avalanche of evidence already piling up, is fresh in the minds of judges. If DoD decided jet guns were impossible to keep contamination-free, a lazy VA dentist singlehandedly infected six Vets, a former VA employee (nurse) singlehandedly infected 32 souls, and an Insulin pen is regularly being used on multiple patients even now in 2012, it’s safe to say that the odds of getting this are not only plausible but have been migrating up several notches over the years.

Each time this occurs, VA is quick to pull some number or percentage out of their hat and say “Hey, what are we talking here? Six Vets out of how many? It’s like less than one half of one percent of 10,000. We can safely say this was just an aberration that statistically happens like a one hundred year storm.” When it happens twice in a year, perhaps it’s an unfortunate fluke. All bets are off when the snowball gets so big it develops a life of its own. This has now turned into the eight hundred pound gorilla that even the VA is going to have a hard time wrestling off the sofa.

Letting this catastrophe go to waste is nonsensical. If the federal Government, in the guise of Federal Health agencies, felt they were obligated to point out the potential for contamination several years prior, imagine the stupid look VA should have on it’s face? Remember the colonoscopies down in Florida that cross-contaminated Vets with HCV? Put it in as evidence. The VA Nurse cum junkie who stole syringes and reloaded them with saline after he injected? Mention it and provide the link. Each instance reveals another viable pathway to a risk. VA’s reuse of the Insulin pens will be seen as one more nail in what can be deemed a veritable pincushion of  a coffin.

Once the presumption of sanitary protocols is rebutted, the introduction of benefit of the doubt can enter in. Plausible, as envisaged in the 2004 FAST letter, takes on a new cachet. VA’s reluctance to test even one Ped-o-jet for all these many years no longer holds sway. Their own stupidity and a “use it again, Sam” mentality have finally rebutted what they have held to be gospel for a century. A Vet would be a fool to let this be swept under the carpet. 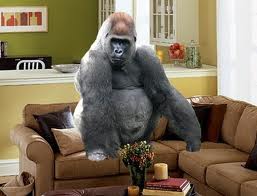 2 Responses to CAPITALIZING ON THE INSULIN PEN