From the Meriwether Lewis

As many years as I have been doing this, there is always someone such as Mr. Lewis and Clark here who tries to imply that just because he filed in 1968 and lost, that should be his effective date when he eventually wins.

The CAVC has held that there is no free-standing claim for an earlier effective date. Rudd v. Nicholson, 20 Vet. App. 296, 299 (2006) (holding that VA claimants may not properly file, and VA has no authority to adjudicate, a free-standing earlier effective date claim in an attempt to overcome the finality of an unappealed RO decision). Thus, once an effective date has become final due to the failure of a claimant to appeal it, a claimant’s only recourse is to have the final decision revised on the grounds of clear and unmistakable error (CUE).

That boilerplate interpretation is inexact by a wide margin, but is generally true. The only “fer sure” way is with 38 CFR  §3.156(c) using old service medical/military files which would be instrumental in overthrowing the denial and instituting an earlier filing date.

Let’s illustrate several examples. If Mr. Clark had filed in 1968, been denied and then appealed to the BVA but the claim fell through the cracks for lack of a SSOC or the like, he could come back and say the claim was still pending-i.e. unfinished a la 38 CFR §3.160. He would get his 1968 date assuming everything else was in order.

Mr. Clark also refiled in 1970. That time he was enjoined to submit evidence needed to corroborate his claim. He failed to do so and the claim was closed rather than denied because there was no compliance on his part. He failed to appeal that as well.

The Veteran urges that he is entitled to “back pay” for his service connected degenerative disc disease, lumbosacral spine from the date of his service discharge in 1968. See Veteran’s October 2005 Letter; May 2004 Notice of Disagreement (NOD). The Veteran initially filed a service connection claim for a back disorder in April 1968, but the RO denied that claim in August 1968. He did not appeal this decision, and therefore, it became final. The Veteran thereafter submitted a claim to reopen in November 1970, and, in a December 1970 response, the RO requested that he submit additional necessary evidence to support the claim. The Veteran did not submit the requested evidence, and having failed to do so, the claim was not adjudicated.

As you can see, the RO is disinclined to entertain either 1968 or 1970 as the effective date. This is not some tricky bait and switch legal ploy. If you don’t swing at a good pitch, it’s a strike. Johnny struck out not once but twice. The second time might well have resulted in a grant. Could’ve, Would’ve and Should’ve ran in the fourth, fifth and sixth races at Santa Anita that day. Johnbo didn’t bet on them so there can be no claim of a lost ticket. He doesn’t seen to be objecting to 1970 so much as 1968. Regardless, both dates are toast.

He returned in 2002 with more evidence which I suspect included a magic letter tying the back injury to his service (nexus). Lo and behold he won. This is where it gets tricky. When you win, you have their undivided attention. A win is no different than a loss in legal terms. You still have a year to protest the particulars. Johnboy seems to have misread the applicable statutes or his earstwhile minders at the Oregon Dept. of Vet Affairs neglected to.

The record reflects that it was not until years after the 2002 RO decision, in May 2004 and October 2005 correspondences, that the Veteran requested an effective date of 1968 for the grant of service connection for his back disability. The Veteran has not properly raised an allegation of CUE with any prior final RO decision, and because his May 2004 and October 2005 requests represent a free-standing earlier effective date claim for the grant of service connection for the back disability, the claim is dismissed. See Rudd, 20 Vet. App. at 300.

What went wrong? As I mentioned, regardless of what you get in the unmarked brown envelope, you have a year to act on it. With a win, you can pursue the Fenderson or staged ratings path that will give you a rating commensurate with your disability from the time you filed. It is slightly more complicated that I describe here but in essence, if you have documenting medical evidence to support it, you can obtain a rating that goes up (and sometimes down) from the date of filing. Similarly, if you find that they failed to mail you a SSOC or never sent your appeal to D.C., then the claim would still be open and pending. A claim for an earlier effective date could now be entertained, but it is best done at this juncture while the win is fresh. vA has a vested interest in saving every dime possible to devote to their extravaganzas in Orlando and Las Vegas so errors like this are becoming rare.

This happened frequently in the seventies and eighties. I feel it happened to me in 1994 and am currently appealing it.. Joe Fenderson’s staged rating claim didn’t become precedential until 1999 but has legally been upheld to be retroactive. If Johnny had won his  foray back to 1968, he’d be entitled to a staged rating from 1968. He didn’t and they won’t.

If you come back after that magic year of grace and start pestering them for an earlier date such as 1968, you can understand their recalcitrance to see it your way. The Johnster could have voiced these concerns based on CUE if he had a valid case in 2002. He still can but historically it is a doomed undertaking. Finding a wrinkle in the 1968 or 1970 sheets will require some extensive sleuthing now. vA is inherently sloppy when they deny. Often they are legally justified but do it improperly. This rarely will avail Veterans filing CUE because the error has to “manifestly change the outcome”. Simply forgetting to give the Vet a C&P to determine if he was injured is no panacea for overturning a rotten ruling.

In summary, a staged rating or one that reaches into the past for an earlier effective date has to have legs. It has to be pursued actively at the time of the ruling or shortly thereafter. If you fail to file a NOD in disagreement, you are telling vA everything is hunky dory and you accept the grant “as is”. You cannot come back years later after buying a new car and complain that the tires are bald. vA is no different. While we know they are deceitful and underhanded in their dealings with us, we have to abide by the rules to prevail. Unfortunately, it’s the only game in town. 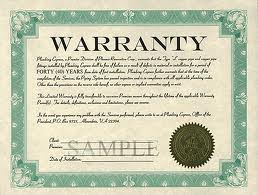