CAVC– BIRTH OF A WRIT- ACT II SCENE 4–THE BITCHSLAP

As to whether LawBob Squarepants could get any more obnoxious, the verdict is in. Having snuck in to work on Saturday and filing his appearance before the Court electronically, he’s now compounded it with interest.

Rarely do Veterans filing Writs ever ask for an oral hearing. Perhaps of more import, very rarely are they ever granted. LawBob estimates maybe 30 or so in the twenty five years of the CAVC have surfaced. But then, rarely has the sound of a VA bitchslap reverberated across two decades of worthless promises and broken agreements to one Veteran. Perhaps of more import, we have the added spectre of a broken VR&E system that has been caught with it’s pants down cheating. 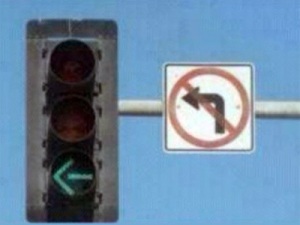 I sure don’t cotton to be the recipient of that oral award but Bob does it for one simple reason. It sets valuable precedence just as Mr. Groves’ recent writ did.  An oral presentation tends to have Tourette’s Syndrome moments such as the one before the Supreme Court when the VA’s litigator inadvertently was forced to divulge that in 60% or more of cases, the BVA was “substantially unjustified” in their litigating position. This is the awkward spectre the OGC wishes to avoid. Airing the dirty laundry on paper is unfortunate. Putting it on Youtube is right out in VA’s mind.

A Writ poses another unfortunate spectre for VA. The pace of their required response is accelerated to light speed. There is no time to rehearse pedantically for hours in front of a mirror to summons the proper amount of servitude and debasement before the Judge. The OGC has to fish or cut bait. They must choose a “fight or flight” posture in less than a week. VA can’t find toilet paper in the bathroom in less than a week. Is the Veteran blowing bubbles? What do we have on him? Run a CBI and see if we can unearth some dirt. Belay that order. Grant the claims at 0% and issue an SOC! Somebody fall on their sword! Ask for an OIG investigation! Keep Bob and Allison in the dark on this if you can.

Most Veterans have a shaky posture on one or another facet of a Writ. Few have a full house and fewer still have a flush like me. In some of my adjudications, VA has committed themselves to a course of action that doesn’t permit a line of retreat.  For instance, it is now impossible for VA to “reconsider” their SOC they sent out telling me there is no such thing as a “totally disabled” rating. There is no way to drag back a SSOC reiterating why there won’t be a greenhouse in my 2014 Christmas stocking. This is the pearl necklace you create methodically over time.

A Writ would have no substance if I simply arrived with a grab bag of gripes the OGC and the Seattle VARO could solve before they even had to make their first appearance before the Judge. You want them to arrive still pulling fresh punji sticks out of their asses and begging for time to set matters aright. You want the judge to dryly comment that it would seem they’ve had twenty years to accomplish that already. Granted, Judges try desperately to appear impartial but we all know differently. Judge Davis is a hard ass by any judicial metric so it behooves us to appear as pure as the driven snow and also a whole lot more wronged than a pregnant, abandoned wife with five starving kids.

Appearance is everything. Check. Standing is essential. Check. Perseverance and long-suffering are more imperative than ever to create the perfect storm. And Checkmate. Once that hurdle is overcome, the Judge merely presides over a sackcloth and ashes ceremony where the miscreant (VA) gets points for authentic groveling. Somewhere at the end of each utterance by the Judge will be a “And be quick about it”. VA will need to comply with each element of perfidy individually and with celerity. They will not be allowed to assemble all the repair orders and present them neatly bundled up for inspection. This is going to resemble Supermarket Sweep with a hunt on for the big ticket items to appease the wronged soul and avoidance of the impending sanctions of the Judge. I will also be asking personally for my EAJA fees over this above and beyond LawBob’s. Oral Presentations are an excellent forum for these dog and pony shows if you are a Veteran. Not so much for VA. They tend to avoid them like Ebola.

My job is now simple. I’m what we used to call the the guy in back now and I’m okay with that.

The Birth of a Writ Series continues here: