Well Boy Howdy. This is the finest piece of engineering I’ve seen in a lifetime of statisticating. First allow me to point you to the widget above which downloads VA’s very own statistics on who/how many there are of us and what our ratings are from 0% through Permanent and Total. Allow me to print the bottom line

Considering these figures, which, by VA’s very own admission, are static and unchanged year over year, how can it be that…

Since the VA launched the initiative to eliminate the oldest claims first, claims processors at the 56 regional offices of the Veterans Benefits Administration (VBA) have been focused on claims that had been waiting longer than one year.  As of Nov. 4, VBA has completed 93 percent of these older claims, resulting in over 476,000 decisions for Veterans since the initiative began on April 19.  The proportion of claims decisions that resulted in benefits being granted remained on par with historical averages— 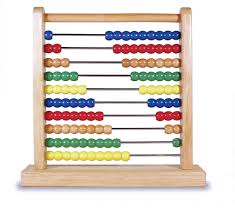 Okay, budding statisticians out there. Assemble, and be quick about it, with your archaic abacuses (abacae?) and behold the power of numbers and what happens when you commit the offence of mismathification so recently illustrated in the ACA.

If we were to take the 476,00o souls above -what the hey-call it a round half mil, and be stingy, say 65%, we have 325,000 new lotto winners ranging from 0% to 100% Permanent and Total. This would be just since April 19th, mind you. Let your collective abacus wander further into VA backlog numbers from past years. We have been quoted numbers as high, or higher, of one million new claims per year for several years. Taking just the past year alone, that would mean 650,000 more lotto winners. That’s 975,000 winners back to January of 2012. Whoa, there. We know that the 55,000 souls who lose and set sail for the BVA in Washington DC have a 22% success rate.  The brave ones who venture higher to the Court of Veterans Appeals  after a second defeat have a 60% success rate and live to see another day, too.

Adjusting for burial allowances, burial flag requests and pensions, we still have a success rate that rapidly eclipses the static 2,983, 256 above. We are all familiar with Occam’s Razor. If you’re from Missouri, this is academic. The simplest solution (absent alien abduction) is that someone is cooking the books. Bernie Madoff was able to pull this off for quite some time.

We have what is called a conundrum- an enigma. How is it so many of us are winning at this but none of the winners come forward and jump for joy in public? Why is there a phenomenal number of disenchanted malcontents living under bridges that seem to point in another direction? Were these Tidings of Joy so prolific at the aforementioned 65-70% touted, the VA should be able to put together a Press briefing every afternoon and lay it out for us as I did above. How about a Monday Morning report that breaks down these extraordinary figures, VARO by VARO, and by ratings percentage.

Obviously, VA keeps figures such as percentages of claims awarded. Somewhere on the way up to the Capitol on the days the VA is called to task, these figures magically become inaccessible because the manner in which they are to be construed does not fit the construct. That would be “taking it out of context” as they say inside the Beltway. So, by adding elementary, albeit large, numbers of Veterans and using static statistics of representative percentages of Vets in all ratings percentiles for the last year (2012), we are projected to double the numbers of Veterans being service connected across the whole percentile within four years-perhaps far less, if the new initiative to reduce the backlog continues at this frenetic pace.

In order to stabilize the model, vast quantities of disabled Vets currently on VA compensation or pension, combined with others in the queue, will have to die pronto to balance the books.

If the DVA and the VA Secretary are aware of these figures and have not asked to double the appropriation post haste, they are criminally negligent for not speaking up. Or… Occam’s razor kicks in and the distorted construct comes back into focus. Based on a 12-15% win rate, the attrition from old soldiers fading away with newer ones taking their place in the ranks is maintained. Which means somebody is pulling our leg. We won’t change your ratings. If you like your rating, you get to keep your rating. Period. And, ah, everyone who’s not named Period is not covered by that statement.