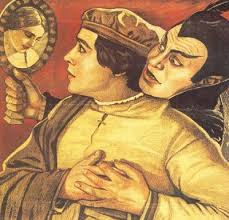 I have been receiving quite a bit of mail regarding VA reducing some of your ratings out there on the fruited plain. It seems that in spite of the major backlog in claims, VA has taken it upon themselves (and found time) to give a haircut to some of you legally. Don’t feel pregnant and alone. They did it to me, too. It was more of a bait and switch and I even alerted them to the fact that they were rating me under the wrong criteria. I had no idea they’d do a “Our Lady of Lourdes” remission game on me and say my scars had miraculously resolved.

The primary reason I write of this is that it shines a new light on what is useful to prove you are entitled to TDIU, or any rating for that matter, based solely on financial records rather than medical ones.

First, let’s talk about this mishap Mr. Paul L. Faust found himself in. Paul was a bit player in the Vietnam War. He bent his brain as many did and finally got around to filing for it. He eventually worked his way up the ratings ladder and got to the top tier. At some point, as is common with many of us (me included), he alienated his wife and their marriage disintegrated.

The Paulster also discovered how vindictive wives can be. She filed all her evidence of  finances and a goodly portion of his when she asked for apportionment of his comp. check. To the uninitiated, this is like alimony. You make X dollars on VA comp. If you split the sheets, the newly minted ex- can ask for her own check to be sent directly to her for dependency and the rugrats. Since those records are sealed, Paul couldn’t see them and was fenced out. She spilled the beans that he was pulling down a lot more George Washington coupons than one would expect to on TDIU. Paul didn’t think this one through. If you want to claim 100% bent brain or even Total Disability, you have to hide the evidence if you’re out there pulling down $48 K a year. Granted, that’s a bitch to stuff under the mattress in cash but if VA discovers you’re featherbedding them, you’ll get a tremendous haircut. I suppose Paul’s recent significant other didn’t think that one through either. She was whittling down her own potential settlement in the process. All is fair in love and divorce. At one point in 1997, she realized she was cutting her own throat and asked to withdraw the request for apportionment. Unfortunately, the financial cat was out of the bag now and running free at the VARO. They aren’t brain dead down there and saw what was going on. Paul’s rating immediately suffered “shrinkage” back down to 70% because his work earnings were almost on a par with his VA comp.

The long and the short of this seminal decision was that the BVA and the VARO usedfinancial records rather than medical records to reduce Paul’s rating. Makes perfect sense. Now here is where it benefits you the Veteran in jurisprudence. Say you have a long, old claim and you finally win it. You now will get what VA calls a Fenderson rating. It may be characterized in VAspeak as a staged or retrospective rating. At any rate, the VA will attempt to reconstruct your history of your illness with anything at hand medically. They will studiously avoid resorting to your financial records unless you point them to this and use it in your defense. The usual scenario plays out like this. You filed in 1994 and they see your medical records show you were ratable for 10% for hammer toe. They’ll continue this until 2008 when you have the foot amputated for cancer because it was misdiagnosed in 1994 originally. So, you get no increases in the interim. Perhaps you only saw the doctor sporadically over the years and never complained about the increasing severity and progression of your toe disease. It happens. Many guys soldier on and watch the thing rot off. They don’t complain until it gets green and stinky.

I had progressively worse Hepatitis and Porphyria.  I let the the HCV get green and stinky until 2006. I kept up on the Porphyria and have a good record of a gazillion gallons of bad blood pumped out and tossed in the trashcan. VA can point to my lack of medical records to support a decision to award me little or nothing in the interim when conducting this exercise in forensic claims research. What they cannot ignore is a financial history evidenced by my Social Security earnings statement that clearly revealed my income dropping precipitously over those same 20 years due to the progression of the disease.

Additionally, when you are in a “sheltered” work environment such as self -employment, your wages are artificially increased or decreased due to it being a family affair. If the sums earned are not commensurate with the norm for other like-employed wage earners, then your employment can’t be classified as “substantially gainful employment”. Paul Faust made this mistake. He claimed he was pulling down $58 K before he filed and was only bringing in about $30K since he became more bent. When the ex-Mrs. Faust, now Ms. Johnson, filed for apportionment, he was back up in the $48 K range. Paul neglected to inform VA of his good fortune, too. Bad Paul.

Ultimately, Mr. Faust’s ratings demise was predicated more on his financial improvement than any medical improvement in his brain box. He had used the financial argument to argue for a higher PTSD ratings percentage in the first place and this was used against him by the BVA. Turnabout is fair play with the VA and was perfectly legal here. It certainly doesn’t help when the ex is sandbagging you on top of it, though.

So, to sum it all up, if you are skinny on medical records when you get to the Fenderson dance, always remember that  the SSI records are a valuable font of legal rebuttal as to what your health was causing your finances to do- i.e. plummet. Here’s the legal ramifications from the decision:

We first consider the “amount established by the U.S. Department of Commerce, Bureau of the Census, as the poverty threshold for one person”.  38 C.F.R.  § 4.16(a). According to current statistics provided by the U.S. Department of Commerce, Bureau of the Census, the poverty threshold for one person under the age of 65 in 1993, at the time when the veteran was first assigned a 100% rating, was $ 7,518/year. See U.S. Department of Commerce, Bureau of the Census, Current Population Survey, Poverty Thresholds: 1999 (last modified Jan. 27, 2000). In this case, although the veteran had been earning only $ 675/year in 1991 (R. at 456), evidence submitted following the August 1993 RO decision showed him earning $ 48,000 in 1993 (R. at 504-40, 554) and $ 36,000 in 1994 (R. at 622, 657), well in excess of the poverty threshold for one person. Hence, the veteran was at least not marginally employed. In addition, we note that a determination whether a person is capable of engaging in a substantially gainful occupation must consider both that person’s abilities and his employment history. See Gleicher v. Derwinski,   2 Vet. App. 26, 28 (1991). In this case, the veteran has been employed in the same occupation since at least 1987, albeit that he is making less money now than he did then. R. at 456-57 (veteran’s April 1993 sworn testimony that in 1987 he had earned $ 52,000 and in 1994 he had earned $ 36,000). {13 Vet. App. 356} Moreover, we find appropriate guidance in — albeit that we are not bound by — the definition of “substantially gainful activity” provided in regulations promulgated by the Social Security Administration (SSA). See Murincsak v. Derwinski,   2 Vet. App. 363, 370-71 (1992) (comparing the use of terms “substantially” and “gainful” contained in VA regulations with the use of the same terms in SSA regulations); Moore (Robert), supra (suggesting that Secretary refer to SSA caselaw for definition of unemployability); cf.  Beaty,   6 Vet. App. at 538 (noting that VA cannot “in certain cases choose to apply SSA regulations that have never been adopted by the Secretary [of Veterans Affairs] as applicable to VA claims adjudication” while “not adopting certain [other] SSA regulations that would generally be beneficial to a claimant”). Under SSA regulations, “substantially gainful activity” is defined as “work that — (a) involves doing significant productive physical or mental duties; and (b) is done . . . for pay or profit.” 20 C.F.R. § 404.1509 (1999). On this record, the exact nature of the veteran’s day-to-day work activities is unclear; however, it is not disputed that he runs his own business managing pension investments. R. at 842. He is responsible for hiring employees (ibid.) and meets individually at least four times per year with each of his “20 investment clients” (R. at 843). In the context of the entire SSA regulatory concept of “substantially gainful activity”, it appears that the fact that a person believes that he should be earning “$ 100,000″ and that he is not able to work a 40-hour workweek (R. at 660-61) would not render him incapable of engaging in substantially gainful activity, because those SSA regulations clearly provide that “work may be substantial even if it is done on a part-time basis or if [a claimant is] . . . paid less,  or [is given] . . . less responsibility than when [the same claimant] worked before.” 20 C.F.R.§ 404.1572(a) (1999).

In view of  § 4.16(a) and of the guidance set forth in the Court’s precedents and drawing a helpful but not binding or determinative analogy from the full context of the SSA regulations discussed above, the Court holds that where, as in this case, the veteran became employed, as shown by clear and convincing evidence, at a substantially gainful occupation — i.e., one that provides annual income that exceeds the poverty threshold for one person, irrespective of the number of hours or days that the veteran actually works and without regard to the veteran’s earned annual income prior to his having been awarded a 100% rating based on individual unemployability — such employment constitutes, as a matter of law, a substantially gainful occupation and thus “actual employability” for the purposes of 38 C.F.R.  § 3.343(c)(1). See Murincsak, Gleicher, Moore (Robert), and Ferraro, all supra.

As to the requirement under § 3.343(c)(2) that the veteran have “maintained” such substantially gainful occupation “for a period of 12 consecutive months” (disregarding any “temporary interruptions in employment which are of short duration”), the veteran has testified under oath that he has been selling insurance and investments since 1985, and appears to have done so without any significant interruption since at least 1991. R. at 456. There is no indication that he has, in the twelve months prior to the effective date of his reduced rating, experienced any interruption in his employment, nor does he argue to this Court that any such interruptions have occurred.

Hence, the Court holds, as a matter of law, that even if  § 3.343(c) applies to this veteran (that is, because the veteran’s 100% rating may have been based in part on individual unemployability and also in part on the severity of his rated condition), the evidence overwhelmingly shows that that regulation, just as was the case with  § 3.343(a), affords him no protection for his 100% rating. Therefore, the Board’s failure to provide an adequate discussion of § 3.343(c) could not have been prejudicial to this appellant. See 38 U.S.C.  § 7261(b); {13 Vet. App. 357} Edenfield and Soyini, both supra; see also Wilson (Merritte), Brown (Kevin), and Fugere, all supra.

The decision in no way impedes a reading in the obverse. Thus an argument, perfectly plausible, can put forth the proposition that the VA need look no further than your SSI earnings report to ascertain whether you were engaged in substantially gainful employment or marginally employed and earning little or nothing.

The decision is wrapped up in some strange programming format. Every attempt to convert it defies me. Therefore I pasted it to a word doc and converted it to .PDF below.

There’s more than one way to skin a cat or the VA. 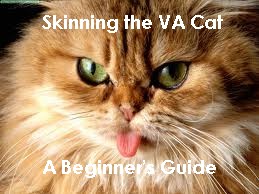