REGIONAL OFFICES PLAYING “NOT IT” 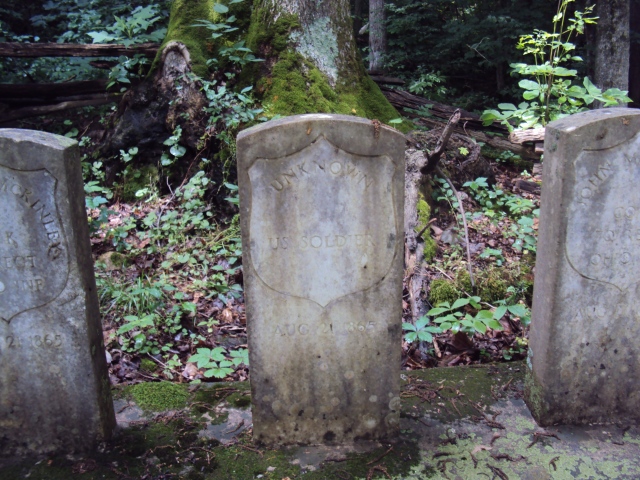 Unknown soldier whose records were burned up in
July 12th, 1973 NPRC Fire in St. Louis, Mo.

In what is proving to be a public relations disaster at the VA, an attempt to clean out the two-year backlog of claims has just uncovered even more, older ones. Eunice Robuck Clapper of  Sadieville, Kentucky was cleaning out her attic when she discovered what appeared to be old DVA claims forms filed by the American Red Cross (ARC) for VA Burial Benefits for her great grandfather on her father’s side.  The forms, dated in late November 1865, asked for Burial benefits and a widow’s pension for her great grandmother Beatrice  Robuck.   The claim is in the name of Pvt. John Robuck, Company G, 70th Ohio Regiment (Cavalry), mistakenly identified as an 11B Infantryman  who was killed August 21st, 1865 on the Ohio River in a freak accident aboard the Union steamer  U.S.S. Argosy (Number 3). 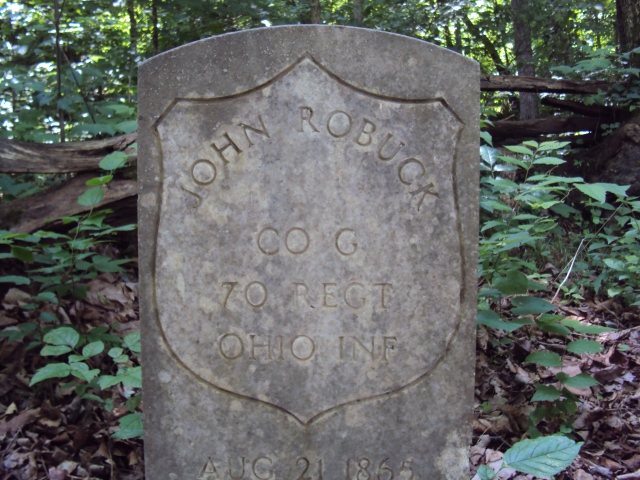 Nine of his fellow cavalrymen also perished when the ship was blown ashore during a storm. The boilers overheated and blew up, killing the troops and their mounts instantly. The irony was that the war was over and the men were returning home to their loved ones and preparing to separate from service. Apparently they were buried on shore where they fell by local farmers. Repeated attempts by the ARC over the years failed to obtain any resolution to the claims. VA officials had indicated it had been “deferred” several times awaiting more information but would never comment on why it had not made a decision over the one hundred-plus years during the pendency of the claims.

VA spokesman Vince Cully today revealed the cause of the delay in adjudication. Apparently there was as fire in July 1973 at the National Personnel Records Center in Saint Louis, Missouri and the records were destroyed before a decision could be rendered. Mr. Cully also confirmed that VA rating technicians had done their homework on this one. “We even went back and determined that their spouses had also passed away in the intervening century and a half . Thus, we were sadly unable to award the burial benefits or Dependents Indemnity Compensation (DIC) due them. Since the benefits accrue only in the name of the spouse, the ancestors were and are not entitled to any funds. Unfortunately, they did not appeal within the allotted one year period anyway and the claims are now final. We regret that.”

When queried on how a “deferral” on a claim could somehow turn into a denial requiring an appeal, Mr. Cully indicated he was late for his tee time and promised he would get back to us at a later time with a detailed explanation.

Repeated entreaties over the years to the NPRC divulged that the other nine cavalrymen’s records had also inexplicably been warehoused in the same building with  Pvt. Robuck’s. No one was able to satisfactorily explain why “Unknown”‘s C-file was included in these as they have another warehouse devoted exclusively to records of that type. Shaniqua Townsend, a NPRC employee, commented that ” All the Air Cav records are kept in there. I sure don’ know why the unknowns’d be there too. Not my building anyway.”

Ancestors of the nine identified troopers maintain they have advocated for years to have the soldiers’ remains reinterred in a recognized Veterans Cemetery with proper burial and honors. Buzz Clampett (no relation to Jed) had this to say last week: ” We’ve asked and begged and pleaded with them fellers both up in Indinaplis and ovah in Louahville to move them folks and they jes’ point the finger at each other. I take the wife down a coupla times every summer to put flowers on Grampa Fiscus’ grave and let her weed whack the grass and poison ivy down while I hold her beer. That shore is a beautiful piece of country out that way.”

Others we spoke to point to the Dayton, Ohio Regional Office as being the problem. The cavalrymen were Ohioans insist both the Indianapolis and Louisville Regional Veterans Service Center Managers, so the onus of responsibility for their remains lies with Dayton.

The nine known servicemen, all of the 7oth Ohio, were identified as:

Officials at the U.S. Army Central Identification Laboratory in Hawaii as well as the Dover Annex indicated to our reporter that no requests had come in for forensic workups of any graves in Indiana since the War of Northern Aggression. This seems to conflict with reports from the Regional Offices that attempts to identify maternal DNA in the unknown soldier’s remains had been undertaken as early as 1920 with nothing ever definitively determined. The Army spokesman expressed frank disbelief that any identification via mitochondrial, or even maternal DNA could have occurred prior to 2002. “They’re talking through the top of their hat if they told you that” said Major Tom, spokesman for the Army’s CILHI. “That’s simply fiction. What do you reckon them VA folks are smoking back there in Dayton?” he added.

We’ll stay on this and keep you up to speed on what we discover. A moment of silence is due. Delay. Deny. Even after we die. 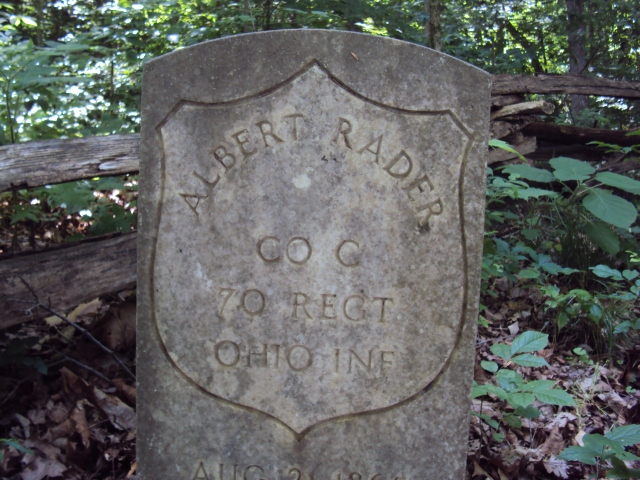 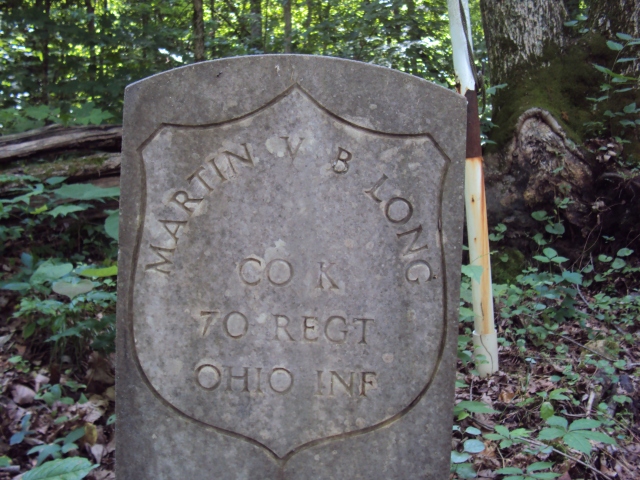 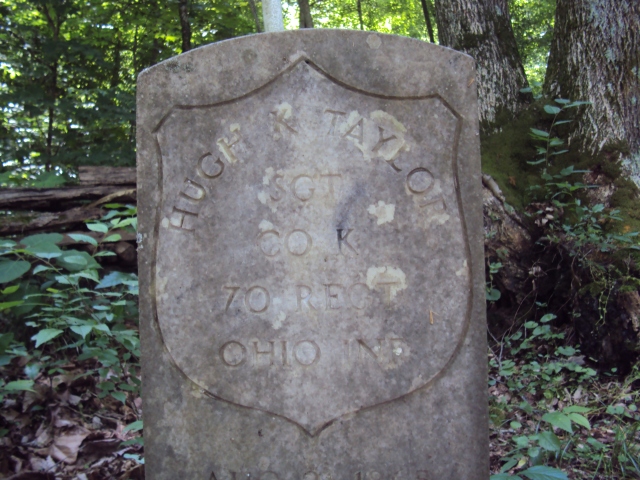 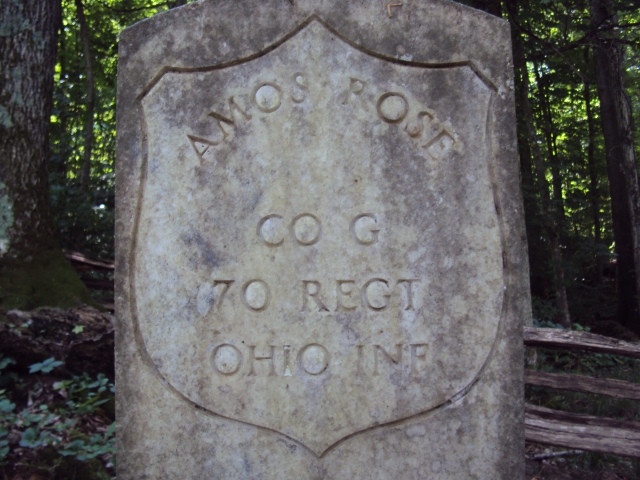 We contacted the Ohio congressman whose district encompasses Dayton to see if we could elicit a response as to why the soldier’s remains had not been properly interred. A spokesperson for Congressman Jerry Mander’s office indicated he was investigating this and would have a press release soon.

This report was filed on site by our correspondent Cupcake from the actual scene of the 1865 accident in Magnet (formerly known as Rono), Indiana. The Ohio River is in the background.

7 Responses to REGIONAL OFFICES PLAYING “NOT IT”