VFW in MN tries to make amends to Vietnam vets 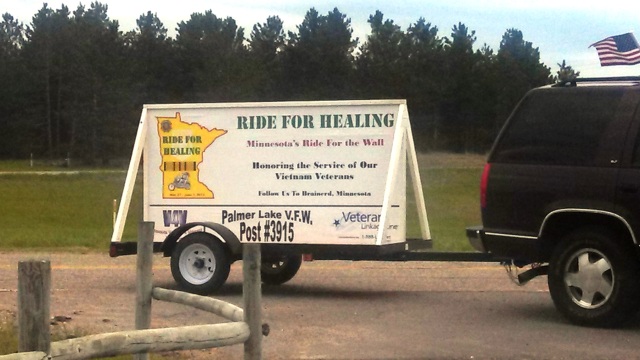 I came across this 2013 Memorial Day article and video about “A Ride for Healing.”  I’m taken aback.  The Veterans of Foreign Wars did not offer membership to returning Vietnam veterans because the war was undeclared.

I’m glad that the VFW is sorry but why now? This is a nice website but should this effort be filed under “better late than never” or “too little, too late?”

If you want to do something truly positive at this late date, get busy on helping veterans with HCV.

Rarely do I piggyback comments onto my fellow columnist’s posts but this is one time I feel  it necessary. Few of you who were not there in Vietnam understand the loathing we felt from the American public. Hell, we probably loathed ourselves in private. There were times when I seriously questioned what I was doing there and whether God could ever forgive me. Eventually, being hard-headed and 20, I decided to piss on the fire and call in the dogs. I signed up for the second tour. If you’re going to Hell, you might as well go in style.

The empathy we Vietnam Vets feel for each other is something none can describe from any other war. Being despised makes the bond tighter than ever. Kiedove’s husband can probably confirm this. Being considered lower than whaleshit for decades  requires some  acclimatization. Suddenly being greeted by a Veterans Service Organization with the sobriquet ” Yo. Welcome home, brother” rings hollow-now and forever. They made their bed. Let them lie in it. My ultimate respect will always be for those who fought with me-not against me. As such, the VFW and I have nothing in common and never will. I actually have more respect for those who decided Canada was a viable alternative. At least they had the guts to stick with their convictions and not try to rid themselves of their leopards’ spots decades later. And that’s all I’m going to say about that.