Along about August of 1971, A buddy and I were tasked with cleaning out the ICS warehouse at T-11 upcountry (where we called home). ICS was the Intercontinental Communications System or something like that. It’s been too long to remember. To make a boring story short,  in 1969, someone decided we were in a really cool spot to electronically eavesdrop on a lot of Laos and North Vietnam. They proceeded to start building and planning this ICS site with its large antennas on a mountain that already had a VIP resident during summer- the King of Thailand.

Shortly after pouring  a lot of concrete up on the Mountain, all the King’s men came calling. They pointed out to the Controlled American Source that building antennas that stuck up higher than the King’s head was a Bozo No-No of the highest order. America was forced to change its plans. By now, we had a million invested into the generators and that building, not to mention the ICS building (both alongside our runway in the valley several miles below).

By 1971, it made a nifty storage area for all of our communications crap. Anyway, Wayne and I were busy cleaning up our mess and everyone else’s when out from under a pallet slithers a long black snake.  I was raised in Virginia almost all my life so folks thereabouts are more than familiar with the non-poisonous Black Snake. They can get pretty big but are harmless. Mindlessly ignoring my geographical whereabouts, I stepped on its neck, pinched it behind the head and picked it up. We used to scare girls with them so this was about as natural as farting.  I made a feint towards C.W. with it jokingly. 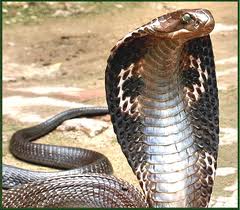 Any semblance to a Virginia Black snake evaporated in short order. This thing had teeth. Big long curvy teeth. Waynebo suggested it might be a really wise idea to take it outside and perform the “catch and release” technique we were taught as young anglers. To possibly deter its desire to attack, I threw it down on the gravel in the parking lot outside as hard as I could. Apparently, they bounce somewhat like a basketball when you do this. I had no idea. None whatsoever. The learning curve on the care and handling of “large black snakes in Indochina” is pretty steep on this subject as I was coming to find out.  My new acquaintance, wanting a more personal meet and greet, was now heading towards me.

The Waynester yelled for me to get back as if I needed any inducements. I was already tripping backwards at about 186,000 feet per second and the snake was doing 186,001. I felt like I was having an epileptic seizure. My feet weren’t working in a coordinated fashion. At that point I noticed he had metamorphosed into something different. The head was no longer uniform but had an interesting hooded shape. Instead of being all black, this hood had an intriguing white pattern that translated roughly as “You are now in very deep doo-doo” on it. In fact, if I was not mistaken, this thing was beginning to look a lot like what some called a black King Cobra. Since I’d never seen one, I wasn’t sure. I was just basing it on photos and Wayne’s high-pitched little girl’s scream as he swung at it viciously with a piece of 2X4.

My life passed before my eyes next. Here was a very, very upset reptile with large teeth falling towards me in a strike and my best friend at the time was accelerating his striking distance exponentially with the 2X4 in my direction. The King landed hard inches away and immediately refocused on me.  I redoubled my efforts to moonwalk faster and finally put some distance between us. The cobra was dispatched and pictures were taken. The underwear was changed and no bad words were traded. The story grew in the telling over Singha later that evening. By closing time, the whole bar was aware of the tales of Brave Ulysses.

From that point forward I never picked up another snake in-country -alive or dead. Today I received this and it brought back old memories. This fellow apparently does it for a living and his charges must be acclimated to what he is doing.  I might point out that these guys are big and have no fear of anything. They aren’t quite as obnoxious as Cottonmouths but they’re close. They don’t retreat. They remind me of VA DROs.

1 Response to WORKING AROUND COBRAS