In keeping with my frequent filer habits and being fearful that those poor souls down to the  Seattle VARO VR&E section have nothing to read in the library, I took pity on them and gave them an opportunity to exercise their brain muscle.

Mr. Kris, my VR&E guy, who’d vocabulary has a lot of negatives in it consisting of “Denied”, will get ample finger exercise on Adobe Acrobat shortly. I’ve already been denied the greenhouse but the last time he called, the synopsis was “Sure. Send it on in. We’ll run it up the flag pole and see if anyone salutes it.”

Failing a grant, the next step is back up to the BVA hacienda at 810 Vermin Ave. NW. I think I made my case. In any event, the important thing is that it teaches all of you the parameters and how to scale the walls. If they gave me a computer, why not you? Admittedly, a greenhouse seems like so much more, but financially it’s probably less than what Santaseki delivered this July. Check it out. I apologize for being so wordy but its necessary when you deal with these bozos. 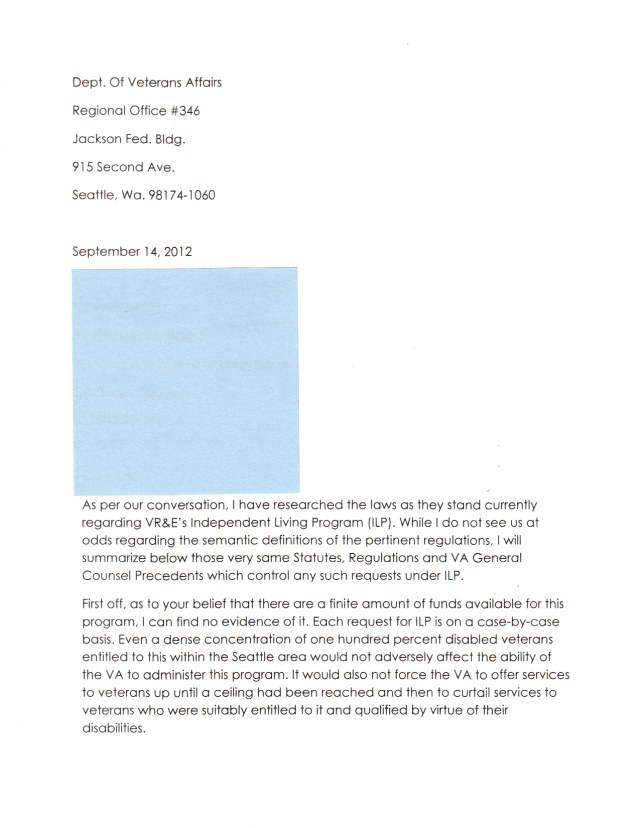 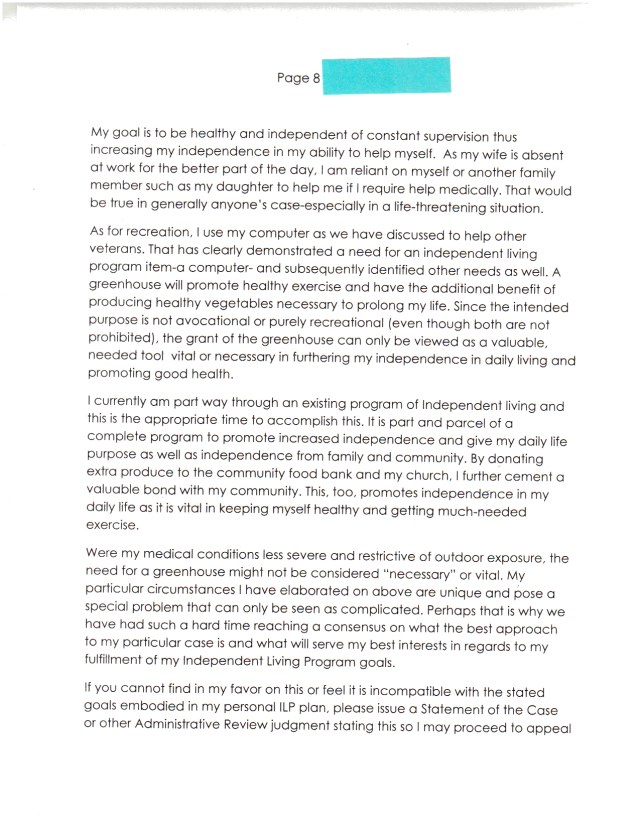 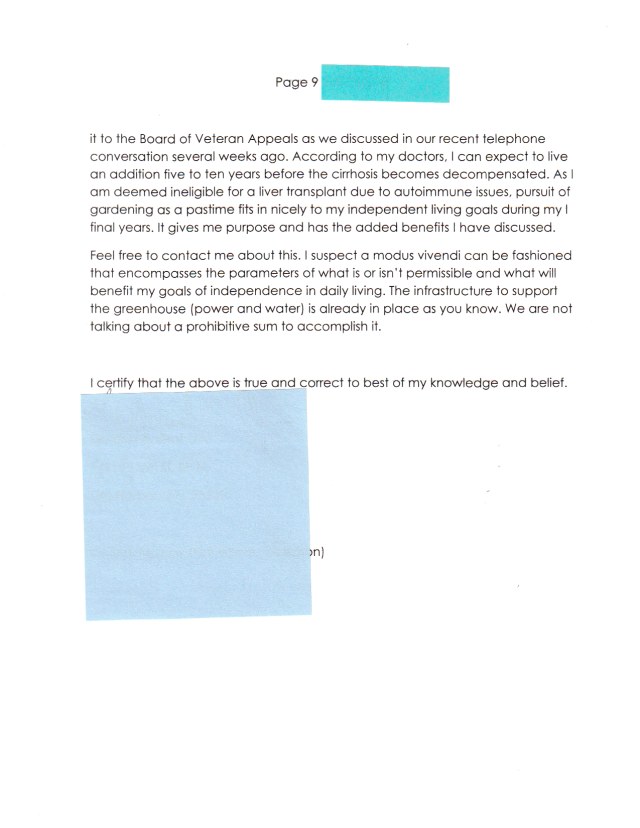 1 Response to THE ILP BIBLE