From the Footlocker 5–Animal House–1981

Once upon a time along the banks of the mighty Duwamish River, in the shadow of the 1st Ave. South bridge, lived a young electrician in a house boat. Well, perhaps a boat house. It was a boat that had been dragged up in 1931 during the depression when housing was scarce. I was freshly single because my ex decided I needed psychiatric help for my bent brain syndrome. Even though Vietnam was a distant 9 years in the past, I was told I was not husband material. Due to this singleness, I felt obligated to have a little get together to celebrate the newness of it all. In short, a cocktail party was in order.

Fortuitously for me the Spring Equinox was just around the corner on the 21st of March, 1981. I am the consummate party animal. One of my friends once said I’d celebrate a hangnail. He was entirely correct. For this auspicious occasion, I could only conclude a Toga was in order. Having never attended or hosted one, I was forced to consult Miss Manners via the Seattle Times. She never got back to me so I called the caterer and together we ventured forth on our own. I had nothing. No table clothes and very little silver. As some of the attendees were “questionable” , the caterer suggested we put the silver away and go plastic. Besides, I only had a service for eight and I had bigger plans that were limited only by the amount of on-street parking.

The guest list was heavy on women. Very heavy. Most were barmaids and friends’ wives. Some were friends of  barmaids, but the ratio was decidedly lopsided. I decided this was too short a notice to print any invitations so I relied on word of mouth. The rules were simple. No one was allowed to enter in anything but a Toga. No undergarments of any kind. This was going to be authentic and there were no exceptions. I made this amply clear to all the attendees. Sadly, some had to be turned away at the door. Most returned home and rectified their shortcomings because I sure don’t remember many of the invitees not being there.

Loud music, perfume and suckling pig were the order of the day. I was the toast of the town for weeks to come. It was so successful that  I was forced to do it at gunpoint four more times. I had no idea how culturally deprived I was back then. Fortunately for me, there were women willing to educate me and orchestrate the future Togas in a more orderly fashion. Some of my wine choices clashed with the pig and turkey. I had no idea that suckling pig was white meat. Did any of you? These were uncharted waters for a 30 year old novitiate to the single life.

Fortunately for me I got married six years after inaugurating these things. I could have harmed myself doing this on a regular basis.  It did give me the idea for my Divorce party which was held five months later.

I learned a valuable lesson from Toga parties. Never, ever let you ex find out about them. She decided I was so well-heeled that I deserved to pay more child support. This is why I banned cameras at the Divorce reception. 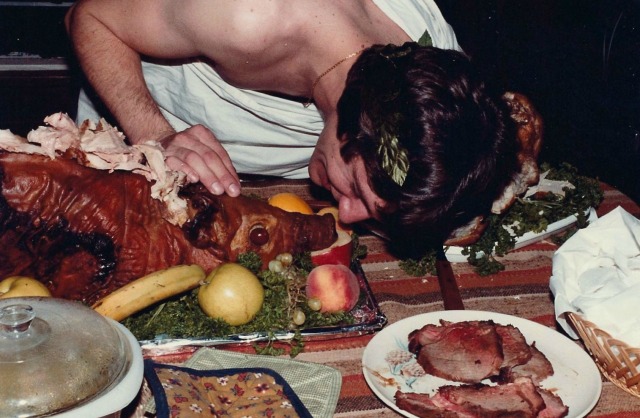 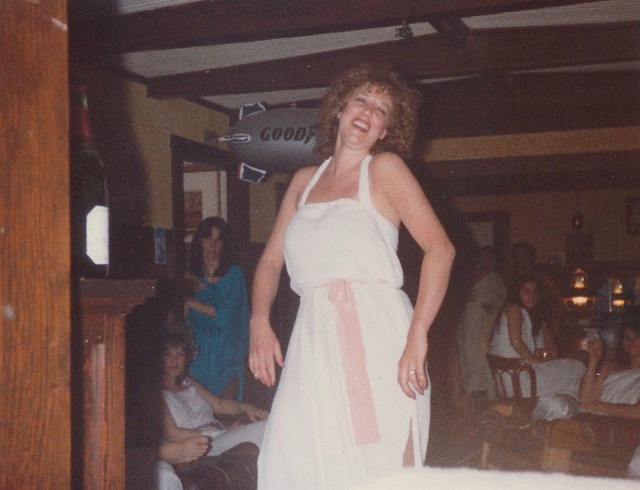 I’ll bet you are all wondering how we got the Good Year blimp on such short notice. Quite simply, it’s  who you know. I was a preppie but I don’t tell many because it sounds so pretentious. Very few know I’m  from the prestigious East Coast NOD side of the family. Very few indeed.

VA claims blogger
View all posts by asknod →
This entry was posted in All about Veterans, From the footlocker, General Messages, Humor, Uncategorized and tagged asknod.org, asknod@wordpress.com, Inspirational Veterans, Veterans Humor. Bookmark the permalink.