Employing the latest Patient-Aligned Care Team (PACT) model, I attended my first hepatology appointment  Monday. I could see no apparent difference other than the two ladies who greeted me at the Blue team check-in desk. They sat and did nothing while I waited for several minutes and finally one looked over at the other and then at me. Only then did I get the magic “Next?” I guess they were playing Not it! and seeing who would blink first. And yes- I did turn off my invisibility-cloaking device before I walked in.

My appointment was for 0800 so I reasoned that it was the first of the day. No one else was even in the waiting room. Nevertheless, I still had to do penance for 30 minutes. Everyone knows this. We are asked to arrive 15 minutes early. I refuse to play that game any more. If I had, I could have sat there for 45 minutes.

Finally my ARNP came out and invited me back. This is part of the new “hands on program”. The doctor or poohbah you are seeing personally fetches you. That was the high point of the visit. Everything went downhill from there. Irene (name changed to protect incompetence) has decided I need a new liver biopsy. The last one is 3 years old and apparently out of date. VA wants to know if the HCV is winning or the autoimmune hepatitis is ahead. Who cares? They can’t do anything about it because I’m 1) not a candidate for IFN Tx and 2) not a candidate for a new liver. Irene asked me “Well, jez. Don’t you even want to know? Aren’t you just a little bit concerned? My answers were “No” and “No” respectively.

Having little or no medical training, but being well-versed in the art of internet parsing for knowledge, I countered with the usual. “Do an Anti-Nuclear Antibodies test and and an Anti-Smooth Muscle antibodies test, honey. Also an alphafetoprotein test or whatever its called. This will tell you if the AIH  has highjacked the liver. A viral load test will also tell as much if those numbers are elevated. Also run the normal LFTs and IgA, IgG, and IgM test to see if the cryoglobulinemia is up.  As for another biopsy, I have no interest in getting a new shelf life sticker. It won’t change anything.” Her rejoinder was icy. “Mr. Nod, this could advance medical science on autoimmune disorders”. My parting shot was equally cold. “Fine. If you get there before the cremation, ask them to put the liver in one of those styrofoam doomoflotchies to go. Check with the wife on that, though. You guys pissed her off when you almost killed me in 09”. She’s not the biggest fan of VA medicine anymore.

The last time I saw Irene in August, I couldn’t even get her to run a viral load to check out the AIH. Now she wants to irritate what’s left of the liverbox with a core needle biopsy. Huh? Three quarters of it is non-functional and they want to scramble another egg in there? I’m on Coumadin blood thinner because they gave me a heart attack for Halloween 09. I have no desire to be taken off that to do the biopsy.

The last straw was the admonition that if the AIH was in the active mode, she wanted to put me on Imuran again. That’s also known as Azothiaprine-aka cancer causing. This would just throw a new monkey wrench in on top of the other lethal medical processes at work. When I  indicated that I had no desire to add cancer to my problem list, she reluctantly acknowledged  that maybe it wasn’t a good idea. PCT is almost a guarantee of Hepatocellular Carcinoma in conjunction with HCV. She’s not an MD, but would like to opine as one. She also tells me the doctor who supervises me looks over all this. I’ve never met this phantom doctor. I’m too polite to call bullshit on her.

Since Irene refused my request for phlebotomies for my PCT in August, I didn’t bother to enlighten her and explain that I’d sought out my old PCT doctor and got him to write the scrip. I’ve been getting them for 6 months now and the hematocrit is finally going down. Irene probably thinks its due to Immaculate Intervention.

Anyone using the VA as their primary medical provider should start studying medicine-and soon. You’ll  live longer. This may not be the norm at all VAMCs , but it is cause for concern. VA loves to experiment on us. I know that from experience. They do things that may harm us to see if it “fixes” things or simply makes them worse. I would make an analogy to pulling the wings off of flies to see if it impairs their aerial capabilities. VA’s take is “Well, you don’t know that ahead of time without trying it, smartypants. After all, I’m the doctor here and I have more experience.”  I went into the VAMC in 09 for a  surgery that turned into 3 more. What no one noticed was that they left me on the prednisone they were treating me with for the AIH. They took me off the Imuran, but left the other in place. The nurses dutifully administered dose after dose every day for a year. I was so toasted on Dilaudid I didn’t notice. When I escaped in 2010, someone did notice and I was surreptitiously weaned off it with not another word said. This is why my staples and stitches kept falling apart and caused the peritonitis.  After the fourth surgery (to correct the “medical misadventure” in the third one). the surgeon said “Well, duh! Here’s your problem. The prednisone was weakening the fabric of your tissue. Everyone knows that.” This would be the same surgeon who did the first, third and fourth surgeries.

Do not let VA play doctor on you. Remember the childhood game “Operation”? It has new resonance where this is concerned. I will give Irene credit for one thing. She didn’t try to put me on the new Vertex IFN treatment this time. I think she read her old notes on it and bit her tongue in time.

One last thing. Does anyone think it odd that a person trying to ascertain your health would wait until you arrive to then order lab tests?  I do. I built houses for 35 years and like to work from a position of knowledge and strength. I liken this to building with no blueprints. PACT? Physicians Absolutely Confused and Tactless… 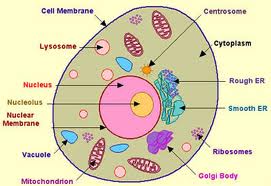 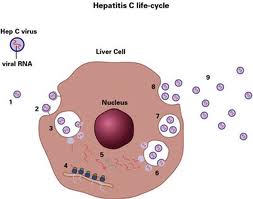