PAPA NOEL– THEN AND NOW

When I was a child and for the succeeding generation, the admonition by parents that they might have to write Santa a snail mail letter (first class with delivery the next day to the North Pole) and tell of your bad behaviour was standard procedure. Small children quailed at the thought of this. I certainly did. I had never held a piece of coal and had no desire to. In fact, the idea of a Christmas without new toys or gifts was alien.

I was not the best behaved child on the east coast in the fifties, but surely I couldn’t have been the worst that deserved opprobrium and gifts from a West Virginia mine. Discovering the myth was untrue was a relief in some respects, but brought on the requirements of young adulthood via morals instead of coercion.

With the dawning of the new age of electronic communications, we entered into the concepts of long distance telephony and 800 numbers. When my young daughter was throwing a tantrum in the early eighties, I heard myself blurt out that I was going to call 1-800- SantaCl(aus) if she didn’t behave. To be truthful, it was completely spontaneous and ingenious. The effect on Princess was instant. Thus was born the new electric shock collar that was useful for several more years until she discovered the horrible truth. This worked with equal effect on my son. I had a vasectomy that wasn’t entirely successful and he arrived 10 years after. We were rather surprised to greet him but we certainly didn’t sue the doctor. I don’t recommend spreading your children out quite that far, though.

Once again, the 800 threat was employed with great success for almost 9 years. His fellow cub scouts were the humbugs who ruined it all. That brought us to 1996 and the dawn of the computer age. With no misbehaving children to cow into submission, the art form fell into disuse.

Imagine my surprise when my grandson was over for some target  shooting this fall and started to whine. His father (my son in law) gave him “the talk”. If he was not going to behave, there was a strong probability that Daddy was going to have to contact santaclaus.com and inform Mr. Kringle that Conner was not in the running for the Xbox this year. This development brought some instant results. Connor became the model junior citizen of the year. He suddenly became Mother’s little helper extraordinaire with his new brother. The change was phenomenal.

So what else could possibly be milked from this? On Christmas Eve, my son devised an impromptu treasure hunt with notes from Santa for Conner to follow to his present. One of the notes was left in the barn too close to the goat’s feed trough. Goats, as we all know, will eat anything, so it should not have come as a great surprise to arrive at the barn and discover the ribbon with no note attached. Showing his future abilities as a father, my son didn’t even skip a beat. He instantly figured out what had transpired. He whipped out his Iphone and informed Conner that he had just received a text from the Big Guy apologizing for the goat and giving him the next clue. This didn’t faze Connor in the least. He took it in stride and proceeded apace.

Isn’t technology wonderful? Little people adapt to this completely. My newest grandson, Hayden, is almost 10 months old yet he knows what a keyboard is. I have an old laptop I never e-disposed of and it is his favorite toy when he comes to visit. He sits and “types” as long as we will let him. Speaking of technology, when my son was still an avid follower of Santa, he called once from the Scoutmaster’s house to tell us he was ready to come home. He described their phone as being “weird” in that it had a circular wheel with holes you had to stick your finger in and twirl clockwise in order to dial the number. He had to be shown how to operate it.  I think Alexander Graham Bell would be proud to see all this now. 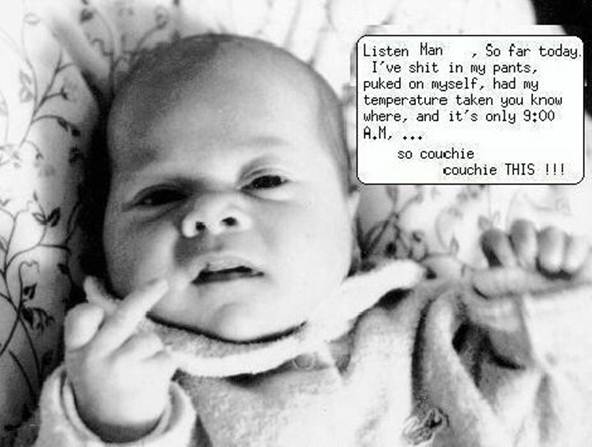 1 Response to PAPA NOEL– THEN AND NOW