Our right to petition the government 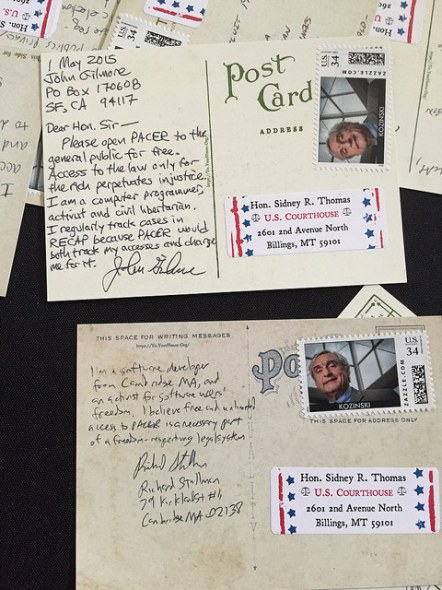 …”the right of the people . . . to petition the Government for a redress of grievances” is a protected activity and liberty.  It applies to local, State and Federal governmental bodies (executive, legislative,courts, and agencies).  The Petition Clause could be utilized by veterans yet other than advocates who are allowed to appear before the Senate and House Veterans committees, I’m not aware of much petition activity by veteran-citizens.

I believe the Petition Clause could be used to get unbiased scientific answers from the government about the HCV epidemic in our veteran population.  This is a matter of both private and public concern and the lack of published studies and current studies injures individual veterans and the public.

Justice Scalia’s opinion (beginning on pg. 26) points out that

“The text of the Petition Clause does not distinguish petitions of public concern from petitions of private concern. Accordingly, there should be no doctrinal distinction between them unless the history or tradition of the Petition Clause justifies it. The mere fact that the Court can enumerate several historical petitions of public importance, ante, at 14– 16, does not establish such a tradition, given that petitions for redress of private grievances vastly outnumbered them. …It is the Constitution that establishes constitutional rights, not the Justices’ notions of what is important, or the top numbers on their Petition Hit Parade. And there is no basis for believing that the Petition Clause gives special protection to public petitions.”

Yo. Your Honor.org postcard campaign for free access to PACER court records. “The cards came in 100 packs of 10 cards. Each pack had a common picture and 2 different inscriptions.” Image: Public Domain by Public Resources click image to go to Flickr

I’m not a big believer in the effectiveness of mass online petitions and email campaigns compared to old fashioned postcard campaigns and calling campaigns. The former show more effort and cost a little for the card and stamp. For private petitions, personal contacts, face-to-face, and snail mail letters are better than emails.

The above is from a beautiful postcard campaign (Yo. Your Honor.org) created to make Pacer Public Access to Court Electronic Records free.  (link).  The website offers the details (LINK).  This is really smart because the cards are so classy–and pubic domain–they deserve framing. Attractive cards might be kept on the justices’ desks.  Like Holy cards.  Or inspirational cards of any sort.

I have signed up at Pacer and had to provide the following to read case documents I’m interested in at a cost of 10 cents per page.  To log in and read, Public Resource states the terms I found:

“PACER system, a person must furnish their name, address, date of birth, a valid credit card, and a valid U.S. taxpayer ID. The charging algorithm is complex, but is essentially $0.10/page with a maximum of $3 per document. Additional charges are levied for docket reports in HTML, audio files, and searches of the PACER Case Locator. If a user incurs less than $15 in charges per quarter, the fee for that quarter is waived. Source: Administrative Office of the U.S. Courts, PACER User Manual for ECF Courts, September 2014.

Pacer is cheaper than the paid Pacer services, like Pacer Monitor, but still, this information should be free even if one reads more than $15.00 worth per quarter. Pro Se folks don’t have budgets for downloading all the documents they want to read. Caution:  If you decide to view case documents, be sure to “save as” (will make a pdf) to your computer or you’ll have to pay for them again.  You can’t store them in a folder within Pacer. I learned this the hard way.

Before you pay Pacer however, use Chrome or  Firefox browser and RECAP to see if a document you want to read is free on the Internet Archive.  RECAP is a cool service from Princeton University and The Free Law Service. View a tutorial video to peak inside PACER:  (LINK)

So what kind of public domain images would ASKNODers like to see on postcards? Jet injectors? Village street barbers in Vietnam? Transfusions in the bush? Combat blood exposures? Proof of lack of hand hygiene in the military? Recruits getting vaccinated? Vietnamese sex workers from the war?  Dental diseases caused by HCV?  Text with educational facts?  Statistics? Infographics?  The possibilities are endless really to educate and remind people of how bloody this long crazy war was.

5 Responses to Our right to petition the government