I know it sounds pedantic in this day and age to be discussing the politically correct folks out there who give you the hairy eyeball and the “talk” about smoking close to entrances to restaurants. Some high-minded individual who has never tasted tobacco will always be the first to inveigh on its evils. Journey back with me to the glorious age before it was frowned upon everywhere. My belief is it began at Disney World/Disneyland and I have irrefutable proof of it. 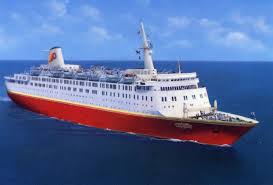 Cupcake, Buckwheat Junior and I set sail on the Great Big Bacation (as he called it) in early summer of 1996. #1 son had seen Disney World in 1991 when he was three, but for the most part, only from a stroller. This trip was to encompass the new Disney Cruise to the Bahamas and then a week at the Park. We especially chose this period as there are no hurricanes at that time of year. Unfortunately, “tropical depressions” do occur and the difference is measured in wind speed. A depression is measured as “less than 79 MPH”. Even though Disney’s boat was laid over at a 30° list and passengers were hurling chunks in the hallways, we were assured it was a minor perturbation and we were in no danger but to watch where we stepped. This was the first instance I ever saw where any ship’s crew smartly taped barf bags to hallway railings for convenience’ sake. Hell, Carnival Cruises could learn from these guys.

After returning ashore from the Bahamas Triangle, we proceeded to Kissimee and Terra Firma. I enjoy reading the newspaper in the morning while performing my ablutions and back in those days, I smoked. What could be more natural than a cup of coffee, a compendium of the previous day’s political foibles and a smoke? The only thing missing was an ashtray. After breakfast each day, we’d return to the room to gather our cameras, sunscreen and snacks for the day’s expedition. As usual, the urge to void would strike about an hour later into the morning walk. Since Mr. Disney was a far thinker, there were numerous restrooms available along any route one took.

On the first day, I announced I would be utilizing one of Walt’s outstanding facilities and asked my family to grant me my usual 15 minutes of newspaper/ tobacco appreciation time. Cupcake pointed out the absolutely ginormous sign on the entrance that forbade smoking in the boy’s room and suggested it might be grounds for ejection from Epcot Center if I disobeyed. In what is now immortalized in the Graham history books, I turned to Cupcake and Buckwheat junior and opined in the most sarcastic tone I could summons ” What’s going to happen if I do? You think the cigarette police are going to descend on the outhouse and drag me out in handcuffs?” 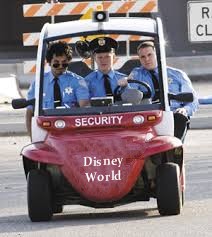 I settled in to a nicely appointed, clean stall, lit up and proceeded to immerse myself in the National scene section. In less than five minutes, I heard much commotion and a faint alarm in the distance. Another father and his son were in the restroom and the little boy’s voice sounded very excited: “Daddy, what’s the red flashing light outside on the roof mean?” Daddy averred it might have something to do with the fetid smell of burnt tobacco emanating from a stall near mine. I hastily extinguished the cigarette and made my exit as surreptitiously as possible. Too late. Two uniformed security guards appeared out of nowhere and blocked me as I attempted a hasty retreat. By this time I was the sole denizen left in the restroom. Even a rent-a-cop could sound this one out.

“Excuse me, sir but were you smoking in here?” they both asked simultaneously in unison. I was going to lie but the perfectly synchronized delivery of the question took me aback. I sheepishly acknowledged my behaviour  and feigned ignorance of their policy. This is a character fault I suffer from along with Tourette’s syndrome. It did come out with perfect aplomb though. ” Why yes, officer. Is there some stricture against the practice in here?” Following an in-depth briefing of the evils of tobacco and having the sign pointed out to me, I promised never to violate their Holy Rules again. Only then did Cop #1 insert his Magic Kingdom key into the wall receptacle and turned off the flashing red light and silence the alarm.  I walked back out into the sunny morning escorted by Disney’s finest (sans handcuffs) to greet Cupcake and Buckwheat in paroxysms of laughter. For the next five years, they would look at each other occasionally and murmur “cigarette police” and begin laughing all over. This grows old in a hurry but gives them pleasure to this day.

Consequently, life has been hell for me since 1996. Each and every time I voice any sarcastic, offhand remark that might imply there can’t possibly be a first responder waiting in the wings to arrest me for some minor infraction, I am reminded anew of the Disney malapropism. This often happens when I’m 13 mph over the speed limit and get a friendly admonition from Cupcake about it. Getting the ticket isn’t so hard to swallow. Listening to the “I thought that experience with the cigarette police in Florida would have cured you of this but I was sadly mistaken” wears on my nerves. From my worldly travels, I know it is illegal to kill your spouse in all 50 states. We also know the other side of this equation. My wife can be going 95 in a 25 MPH school zone when a cop pulls her over. With nothing more than a smile, long eyelashes and cleavage, she can, with a straight face, say ” Why no, officer. I had nooooo idea I was speeding. I’m so sorry. Lock me up. I’m guilty.” And they never do. I am not allowed to discuss the rare times she has received tickets.

I hate that when that happens. What’s more, I blame it all on the military. If cigarettes hadn’t been priced at the ridiculously low price of 17¢ a pack when I arrived in Southeast Asia for the War Games, I never would have suffered this indignity. It’s not my fault.

3 Responses to THE CIGARETTE POLICE