The Veterans Benefit Administration (VBA) has just announced a new presumptive exposure entitlement due to Agent B for Vietnam Veterans. As usual, this one will only apply to Vets with “boots on the ground” in country from January 9th, 1961 and May 7th, 1975. Preliminary rules are still being drawn up, but the latest word is that it will fall under 38 Code of Federal Regulations (CFR) Chapter 4,  § 4.114 (digestive diseases) Diagnostic Code (DC) 7301:

Moderate; pulling pain on attempting work or aggravated by movements of the body, or occasional episodes of colic pain, nausea, constipation (perhaps alternating with diarrhea) or abdominal distension

The compensation picture appears to be a maximum of 10% now, but that may change as Congressional hearings progress.

Agent B was widely dispersed near Forward Operating Bases, Fire Bases and remote operating locations via Huey slicks. Dispersal around larger Air and Army Bases was accomplished by C-7, C-123 and C-130 aircraft configured in the cargo mode. Apparently Air America aircraft engaged in this as well, but those records are still classified.  Agent B was manufactured by several different chemical companies during the course of the war.  Some of the more recognized ones include Adolph Coors Co. (light yellow containers) and the Schlitz Mfg. Co (white with brown lettering and stripes). The canisters were cylindrical and approximately the same diameter as an 81 mm. mortar round.  During the early part of the war, the canisters were devoid of an engagement pin and required a special tool to actuate the device. This was affectionately known as a “church key”. Later versions came equipped with self-contained actuators.

Agent B, or as some of you Vets may remember it, Agent Beer, was widely used as a depression suppressant. Unfortunately, the CDC has now determined it actually increased depression. The long term physical debility associated with this agent appears for the most part to be a large, distended abdomen in men. Doctors now refer to this as a “beer belly”. VA physicians have determined that compensation is due when a Vet can no longer see “winky” while standing and looking down.

If you suffer from this malady or have other friends who are Vietnam Vets that do, please tell them to contact a VSO or file a claim with the VA directly.  Most AMLEG, AMVET and VFW bartenders have been briefed on this and have all the details if you are unsure whether you qualify. Remember, the earlier you file your claim will result in benefits accruing when VA finally approves this disease for compensation. 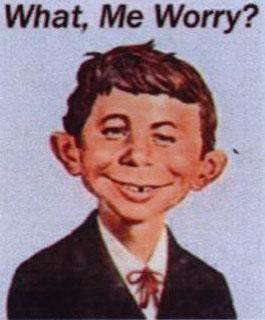 VA claims blogger
View all posts by asknod →
This entry was posted in Humor, Uncategorized and tagged Veterans Humor. Bookmark the permalink.