BVA-TWO AMERICAN KIDS GROWING UP IN THE HEARTLAND

Rarely am I given the exalted job of helping a widow on such short notice. In the instant case, Jack  and Diane turned out to be Larry and Shirley. They began visiting asknod in search of that which can be found nowhere else-real VA knowledge rather than rumors and propaganda. Larry contacted me about a claim for psoriasis back in January 2016. From there it mushroomed into a plethora of questions.  Naturally, Larry, and later Shirley, began to ask for advice fairly regularly over the intervening years. Could be they contacted me earlier but I didn’t start saving the emails at that point. 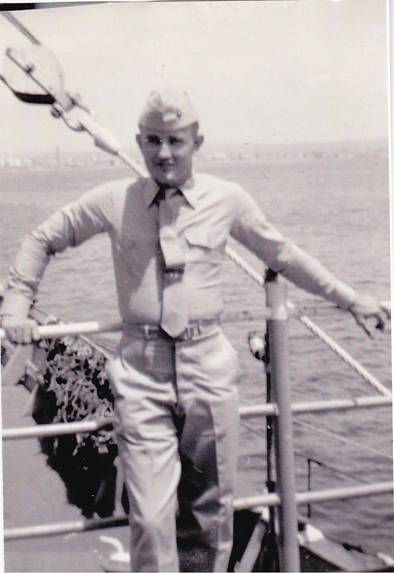 Larry aboard the USS Vermillion

Larry served in the Marines from 1961 to 1965 including a 25-month stint at Camp LeJeune from 1963 to 1965. Seems there were quite a few cancer-causing chemicals in the drinking water supply that would eventually come to light later in the eighties. To add insult to risk factor, he worked as a driver in the motor pool and his exposure to cancer-causing chemicals was far and above his contemporaries there. That didn’t seem to faze VA’s thinking later on when he filed.

As an aside, I love it when I get to write about my clients. I have to ask permission to do so and I like to think of it as a teaching moment for all of us. After all, that’s why I began this blog in 2008-to teach all of you how to play VA poker. I asked Shirley if she had any good photos of Larry and boy howdy did my inbox overflow directly after. A picture is definitely worth a passel of words which is why this article is rife with them. 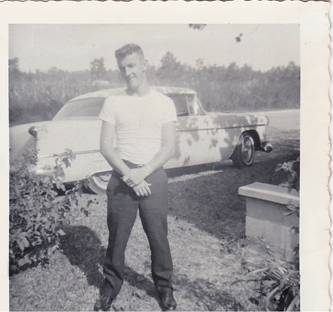 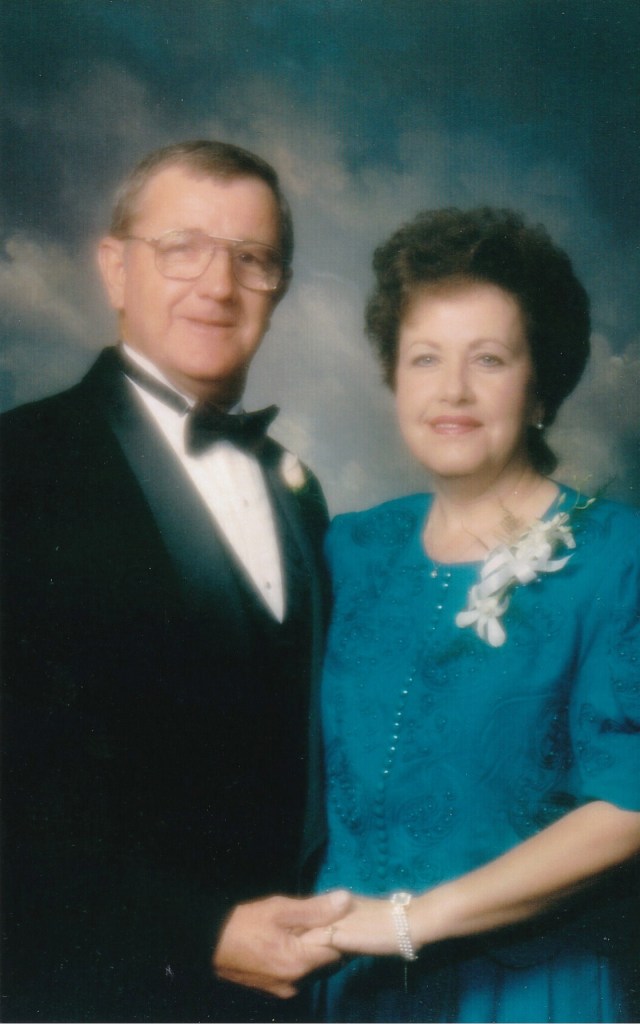 Larry served aboard the U.S.S. Vermilion (AKA 107) during the Cuban Missile Crisis in 1962. He also served during a period of traumatic political upheaval in Morocco about that time as well. It had a lasting effect on him and undoubtedly matured him far earlier than his years.  Sounds like our kind of people. 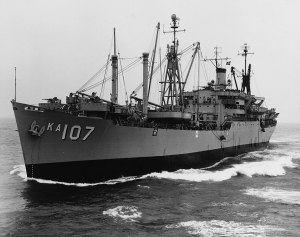 Larry and Shirley were both raised in the small town of Baxley, Georgia. Shirley said he caught her eye early on. She decided to wait and see if he was the ‘right one’ for a while after he got out of the service. Apparently, he met her high standards. They got hitched in 1969. They had two sons-Bruce and Brian. Life was good  for forty five years- right up until it wasn’t.

Larry was diagnosed with glioblastoma multiforme in 2013 and began to get ill. All the King’s men and all the King’s horses couldn’t put Larry back together again. His service at Camp Lejeune was, for all intents and purposes, his only risk factor for brain cancer. Unfortunately, the VA folks didn’t see it that way. Larry filed in 2014. VA fought him tooth and nail with no less than three IMEs saying Larry smoked, drank, carried on and was an iron worker. Shoot. There you go. Guilty. They said his post-service risk factors were the cause. They even went so far as to point to his preservice work (about 5 months) as a service station attendant with exposure to gasoline which contains Benzene- one of the chemicals in Camp Lejeune’s water. Sure makes you wonder why that Baxley Benzene was more toxic than what they were pouring into the Marine camp’s H2O. Problem was Larry didn’t pump gas. He was way smarter than that and drove a tow truck. His only risk factor was getting clobbered by a tire iron changing flat tires or repairing them. They didn’t do their homework.

Larry passed October 22nd, 2017 after a long battle with his disease. In fact, he was so ill, he was unable to attend his BVA Travel Board Hearing in April 2017. Shirley did it solo inasmuch as she had a Georgia Dept. of Vet Affairs braindead tag along who did his level best to hamburger the issues. I note in the hearing transcript that Judge Ursula Powell finally had to tell the gomer to quit flapping his lips so she could elicit the real facts about Larry from his wife. Judges generally don’t tell a VSO to put a fork in it during a hearing. Shirley put in some high-quality evidence but, as we all know, if you don’t have that MD after your name, it’s like trying to cut meat with a spoon.

Judge Powell did give Shirley an honest shot at a new IME but we all know what a VA “Independent Medical Evaluation (IME) really is. They just get a new rope and a fresh horse. That’s why we call this game a Texas Necktie Party. Sure enough, the new IME was a déjà vu prognosis. Old Larry was room temperature due to all those eeeevil habits he had both pre- and post-service. Shirley disremembered any of these evil habits and had told that Judge as much back in April. Fortunately for her, Judge Powell’s asking for that IME gave her a spell of breathing room to call me in early November. How could I turn her down? As a lot of you know, Theresa Aldritch (T-Bird), the owner over at the Hadit.com® site has a trademark logo I often point to that is my battle standard as well…

You tell me how anyone could walk away from this obligation if they had enough knowledge to help. Some who know me understand I had to do that once upon a time in a far away place a long time ago. Never again will I leave anyone behind if I can possibly help or no one else will. Not on my watch. Even if I lost this one, I was not going to deprive Shirley her day in court. This isn’t about money to me. It’s about that bitchslap VA gave me in 1994 when they told me I disremembered being in Vietnam. Said it must have been some other body.

I use a technique most would call ‘offensive representation’. My daddy’s unofficial motto was “It ain’t a f___up until you can’t fix it.” Of course, too, my daddy was a P-51 fighter pilot ace with 16 1/2 kills. You never bail out until you can’t fix it. I’ve always advocated this posture. It does no good to sit in a static defensive posture and wait for the inevitable attack. You create enfilading fire. Make them run into and through some new evidence. I immediately obtained a probative nexus letter (IMO) from my new best friends at Mednick Associates. I had noticed a fatal flaw in each and every one of  Larry’s VA doctor’s nexus letters. They weren’t so much nexus letters as they were “absence of evidence is negative evidence” diatribes. In addition, each IMO mistakenly explained over and over that glioblastoma was not on the list of the eight magic diseases caused by that skanky water. Well shucks. You don’t have to have a degree in oncology to say that. What you do need is to consider whether the glioblastoma was caused on a DIRECT basis such as working in the motor pool, bathing, showering or drinking the water. Or… because you served there over 2 years. Certainly, if the minimum exposure to qualify for the CJCW presumptive was a minimum of 30 days, what, pray tell, might transpire after 760 days? Anyone?

VA “experts” sometimes get all het up about a presumptive disease and myopically focus on the presumptive aspect to the exclusion of all other factors in the Vet’s immediate environment. All I did was spot the absence of any discussion on VA’s part about whether it was caused by direct versus presumptive. Seems to me these Doctor folks stepped on their presumptive neckties and Judge Powell caught them out.

We don’t always win at this game but I’d expect there must have been some chemistry or shared angst between Shirley and Judge Powell that contributed to this success. Lord knows it wasn’t due to my cutting-edge legal talents. Shoo doggies- I sure don’t have any juris doctorate. I just have that prescience born to all of us called common sense that tells you when a wrong has been perpetrated on another. I’m glad I was able to somehow sway Judge Powell’s thinking (if indeed I did) in this claim.

I do have an alternative pet theory. Judge Powell has been doing this for so many decades now that she feels plumb sorry for all those souls she denied. Let’s face it. She’s had to meet and greet a gazillion Vets and their poor wives and deny them because their VSOs led them up there to a guaranteed slaughter with no nexus letters. It must be refreshing for her to occasionally encounter a savvy old Baxley Gal with a slick-tongued Virginia devil for her mouthpiece who happens to have the magic paper at the eleventh hour.  Well, anyway. That’s my take on it.

Here’s my argument for service connection and Judge Powell’s opinion.

I’d also like to thank Adam Taranto of Mednick Associates for getting me the nexus letter lickety spit that saved Shirley’s (and Larry’s) bacon. I don’t much cotton to advertising on my site as you all know but in this case I cannot sing Mednick’s praises loudly enough.  You always get a warm, fuzzy feeling deep down inside when you win these for folks like Shirley and Larry. I expect my association with Mednick can only produce many more.

I reckon Larry can rest easy knowing a fellow Veteran (even if I wasn’t a U.S. Marine) didn’t leave him or his kinfolk behind. It’s hard to find friends who care enough to help you when your own government spends a million dollars trying to deprive you of your due. I expect they spent far more denying me over my 20-year long battle-not to mention that greenhouse they’ve fought 7 years.  Seems these folks could take a page from Maj. Gen. (Brevet Col.) George Armstrong Custer’s playbook and avoid dying on my hill. Are they mad? I’m passive aggressive with anti-social tendencies or is it vice versa? Better to pick a fight with a Silverback gorilla suffering from hemorrhoids.

Cupcake and I are planning on making a trek back east directly to break bread with Shirley and her family. That’s one dinner party I really look forward to.

God Bless you Larry. I wish I’d had a chance to meet you. Rest easy. I’m so glad I was allowed a small part to play in this victory. The real medal here surely goes to Shirley for her perseverance and her dedication to her Marine.