I was sent this link this morning and I sensed one of those mental bowel movements coming on. My battles are very narrow. Dying on the hill of Political Incorrectness is one of them. As for politics? Until this year, I’d never known the freedom of being able to cast a vote for a loud-mouthed, uncouth chucklehead who wasn’t a born politician. There’s a significant difference this year. One has a PhD. in Poly Sci and the other has a real Wharton degree in Business 401.

Riding single-file into Medicine Tail Coulee is not on my list of things to do in politics. I’m the epitome of apolitical. Either party, in most cases, is equally capable of turning law into gibberish and trying to remodel the Constitution and the Bill of Rights. I guess it’s a minor miracle so much actually gets done. So let’s see how I can say this.

I find it intriguing to watch each political party, like Sumo wrestlers circling one another sizing up their opponent, approach this latest contretemps over a dead, Muslim-oriented (religiously) soldier. I’m old school. On the battlefield, you’re only talked to and talked about when you’re alive. It really doesn’t make any difference unless you got a CMOH for being incredibly stupid or brave. Once you get shot down, shot dead or plumb blown to Kingdom Come, talking about you a lot after you’re planted is downright depressing where I come from. I don’t even care if you a Churcher of England like me. God sends the Right.  We don’t mope around and cry about those who served and died. There’s also a difference in being proud and confusing wearing their glory for your own-purposefully or accidentally.

In this case,  it appears Mr. Khizr Kahn, the father of the fallen soldier (one of millions in the pantheon of our proud servicemen over 240 years) is donning the mantle of sacrifice personally. Thus his diatribe about Muslims, as a race and/or religion, being singled out for exclusion (potentially by Trump) begins to smell of a political nature and no longer a racial violation. Remember, too, President Jimmy Carter declared Muslims persona non grata without so much as a whimper from his own party or the other Gross Obese People. America seems to have a selective memory dysfunction along about election time.

Whatever the case, I always become uncomfortable when politicians take Veterans for granted or use them for political gain.  On Wednesday, November 9th, 2016, the moment we’re no longer needed as a cohesive voting bloc, whoever wins is going to huck us like an empty, no-deposit Bud Lite can right out the window. I’d like to think the Republicans might keep their promises as the prospective FNG is not a politician, but I’m a realist too. That one’s going off at 6/1 at my Sports Book desk. 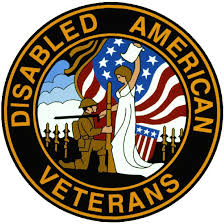 Regardless, hedge-hopping from VFW to DAV conventions in cushy jets drinking single-malt and collecting ‘political contributions’ for future favors has nothing to do with us. They’ll hire a few more relatives and give them meaningless jobs at the DVA. Nothing will change for you and me. But…. I’m sorry your son died, Mr. Khan. You didn’t nor did your wife. He died twelve years ago.  Get over it. Mr. Trump may be a lot of unsavory things. He may shoot verbally from the hip and later “retweet it”. Unlike bullets, you can call words back. So what? I lost lots of friends in my war and I don’t invoke their name every time I get in front of a microphone and talk about my sacrifice. And I don’t blame LBJ for killing them. Or Nixon. Or Bush whom we all know screwed everything up . Most of those I “lost” did what I had always thought aerodynamically or mathematically impossible to pull off until I did it myself-to fly into a bullet at 120 knots or a DShk. Or the big banana like a 37mm. Shit happened 40% of the time back then to us. It isn’t nearly that bad now. Listen to what that Marine has to say in his letter, Mr. Khan. Suck it up.

If I had my druthers, I’d sit this one out. As it is, I think I’ll take a flyer on Trump because we really haven’t ever had a true non-politician in the position since the Bull Moose Party. I guess I get the biggest bang hearing our current President saying Donnie isn’t fit or equipped to be President. He also said that in 2008 about the lady who currently aspires to the office.  Who is? My thoughts are that the President has enough on his plate already and shouldn’t be worrying too awful much about who’s going to be next. He has his pension in the bag. When you’re a golf club, everything  should look like a ball.

To both candidates, please. Leave us out of this. Let the dead stay dead. Spare us the empty promises we’ve heard a million times. Seems I remember about fifty years ago some one was shouting “If you vote for Goldwater, we’ll be at war with North Vietnam within a year!”  Gol’ Dang Boy howdy was that ol’ boy ever right and I ended up right in the middle of it for two years. It makes a fellow take a long gander at his ballot after something like that. Be careful where you have that pointed when you pull the trigger, hear?

So, I say to all of you who didn’t die, who might know someone who did, or know a friend of a friend of a cousin who’s feeling that “sacrifice” thing, let’s leave religion and dead people out of this. We know who the bad guys are. Hell, they dress up in black to make it easier to spot them. Their flag is even black. Vote against them. Whoever that guy or gal is who is against the Men in Black-vote for them. You figure it out. You don’t need Mr. Khan or Donny Dufus to talk about their ‘sacrifice’. Hey. I sold my 67 GTO (Hurst 4-speed) in San Francisco before I left the world for $2,000 bucks in 70 to a used car guy in Oakland and still made payments for another year on it. Don’t talk to me about sacrifice. You look that one up in the dictionary and you’ll see a picture of me in there.

P.S. I got an email from anonymous that wants to know why we always see the gal who is running wearing a blue dress. Seems like blue dresses got somebody into a heap of trouble back when. You don’t reckon it’s that one, do you?  Shoo doggies. That one’s got to be in the Smithsonian by now, I’d expect.

And lastly, a democarrot. It has something for everyone. And you can put it on a stick before the donkey.

3 Responses to POLITICS? WE DON’T NEED NO STINKIN’ POLITICS…BUT