FROM THE FT. SUMTER MEMORIAL REGIONAL TOWER OF BABEL 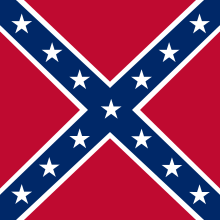 Here’s an interesting decision that illustrates the aging of Hepatitis C. Just like a good single malt from Scotland is carefully aged, Hepatitis C bakes your liver at a slow rolling boil just below the level of perception and annoyance. Come to think of it, both of them do! Fatigue and vague digestive issues are your only overt indicator until the trapdoor opens and the bottom fall out of your life.

I’ve long taught and advised doctors and attorneys about this simple way of dating the disease. Gastroenterologists, and their hepatic digestive specialists called hepatologists, long ago devised a simple carbon dating system for liver boxes. Since there are several distinctly different methods of expressing it in numbers, I like to use the Metavir Scale for several reasons. The foremost is it is also used by the VA. There is no need to cross-rate it from the Child-Pughs Scale and it is far simpler to express in numbers. It is gaining much wider acceptance as the universal measurement much like meters over miles.

As an example of one of the reasons I won, my doctor cited to my rather advanced disease based on a core biopsy performed in January of 2007. Expressed in Metavirese, I was Stage 3 (F3) and Grade 3 (A3) and headed to Hell lickitysplit without some immediate medical intervention pronto.

Each stage of fibrosis is approximately ten years. It can stretch to 13-14 if you don’t drink or smoke (tobacco). The jury is still out on how hootch affects it. If you drink a lot of coffee, that will cleanse the liver. If you were/are a naturopathic imbiber of Milk thistle, you could also retard the inevitable. Eventually, nothing will hold back the tide and your liver will succumb to cirrhosis and a transplant will be in order. Or, you get hepatocellular carcinoma (HCC) and they tell you to get lost and die. 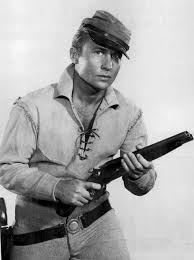 After you get a liver biopsy, you can begin to mark time geologically based on the results. You can march back in time 10-12 years for each of those stages of fibrosis to get a chronological dead reckoning of the beginning of the problem. You may or may not recognize any significant medical  event that began this either. That is immaterial. The biopsy cannot lie as to the age of the infection. Which brings us to Johnny Rebel here from the Columbia, South Carolina Puzzle Palace. Here’s Johnny’s tale of woe and an interesting observation by a VA examiner.

From the get go, the Johnster has an intriguing story of his Welcome To Germany greeting by his barracks mates. I disremember a lot but I sure don’t think I ever was greeted like him when I got to Udorn. I remember the Singha ETOH greeting with a Jack Daniels back. And considering I never left home without a Model 19 and my American Express card, throwing a blanket over me might have been a very short-lived blanket party.

[t]he Veteran provided a statement dated in April 2012 regarding an assault in service which he contends caused his hepatitis. Specifically, the Veteran reports he was sent to a duty station in Mainz, Germany. When he arrived, he went to take a short nap following the long flight. At that time, soldiers in his room attacked him, pulled the covers over him and held his arms and legs down. He was surrounded with smoke and a needle was stuck in his arm with chemicals.

The VA examiner ( the ARNP poobah) at Fort Columbia allowed as:

“The Veteran had hepatitis in the military which appears to have resolved by 1973. He had no further issues until a diagnosis in 2003. He had stage I fibrosis in 2007. If he had hepatitis consistently since 1972, his liver damage would be much more pronounced than Stage I only”.

This is interesting on two fronts. Obviously, VA teaches how to do these claims from a nationwide perspective and the same medical/M 21 handbook of denial. So why is it that one VA examiner (here) can opine that a Vet was diagnosed in 2003 and include probative medical knowledge supported by proven core biopsy but… Within the last year or three, I have read numerous ” VA examiners” opine just as vociferously that a Vet was “first diagnosed” with it in 2003 and that is the “date of infection”. Nary a mention of Metavir or Child-Pugh grading is to found in their nexus to identify the approximate date of inception.  Either they have a pre-denial mentality with a fill-in-the-blanks program to support it or they are far more knowledegable than they are letting on.

First, without tarring and feathering Johnboy, I will mention two words -Army and Germany. For most who went to Germany for the duration of the Vietnam Boundary Dispute, it was a rather cush job. Lots of Hashish, heroin and German ladies of the evening. Lots of drug use/abuse and lots of Hepatitis B-then known as viral hepatitis.

The viral version, as opposed to the food borne infectious (hepatitis A) variety, was a blood borne disease. If you got it in Germany, you were probably shooting up. Again, probably. If you worked in a medical setting, I would grant that a needle stick was an equal opportunity infection vector. But absent any combat blood exposure like we encountered in Southeast Asia or the jetguns in Basic and AIT, risk factors in Germany were few and far between. Chances of getting it (hepatitis B) from sex were infinitesimal. Even more identifiable would be the local European HCV genotype in 1972. It was almost exclusively 1b in that era. With modern air travel, the genotypes are far more homogenized on all continents now. Nevertheless, the common denominator would be a Stage 3 Metavir. Johnny’s is far newer. Stage 1 indicates about 1995 ish at the earliest.

The Johnmeister from Jermany has also made the mistake of putting on the House, M.D. garb and strung a stethoscope around his neck. He profoundly believes the hepatitis in 1972 is the same identical hepatitis filed for here. The lack of nexus is certainly his downfall but he could have logically made this argument and won but for the Metavir revelation.

Building a claim for VA compensation requires lots more than what Johnbo brought to the table. You need Jacks or better to open and a risk factor that doesn’t include fanciful tales of being assaulted with a hypodermic syringe by unknown assailants. I don’t know that he could have made better headway with a VSO or an attorney but he sure didn’t think it through based on medical theory.