Legal Bob sends me this forward to him from the AO watchdogs. I look forward to the first case from Laos one of these days. I’m sure vA’s take on that will be that you would have to have been  a military policeman on the perimeter of Lima Sites (documented) in order to qualify. Simply landing or air drops won’t qualify. That will be interesting. I do so hope to be alive to read about it. This one from Guam is the beginning of a tsunami, too. Finally, Vets can see some light at the end of the tunnel. Chuck Palazzo of the AO Action Group indicates this in the eighth victory for them on Orange-flavored Roundup. Chances are there were more Baskin and Robbins flavors  like Blueberry or Pink sherbet but the important thing is our good buddies at the EPA found  2,4,5-T and aren’t playing house with the military or vA on it. Why they thought they could use this stuff and then whistle past the graveyard when called on it is classic military nonchalance. vA simply learned the  behaviour from them. 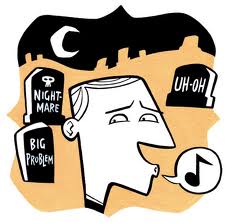 We cannot wait for the new wave of crap that will emanate from Southwest Asia soon. What am I saying? It’s already begun.