Remember that immortal picture from 1972 of Hanoi Janey hangin’ in the ‘hood with the Haiphong dudes. It might have been Hanoi but that’s immaterial. Look at the gun she was sitting on. 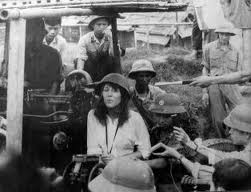 There aren’t a whole lot of of guys left alive who know this but the M-1 37 mm Antiaircraft Gun was given in great quantities to Britain, the USSR and others during  World War 2. The Soviets really admired this weapon and copied it almost to a T for export right down to the ammunition. Notice Miz Jane and the ammo in front of her. 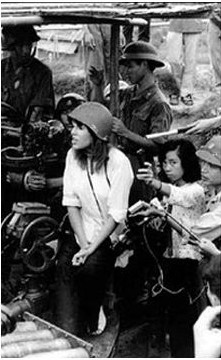 The Russians gave a lot of the WW2 Lend Lease surplus to the CHICOMs including a gazillion rounds of ammo. You may remember this weapon from the movie 1941 with John Belushi. One of the characters tried to take out a Japanese Sub with it and took out his house instead. Yep. Same gun.

While out sightseeing on the edge of the Plain of Jars one day in late August of 1970,  outside L-108 Muong Souy near the intersection of Route 7 (black and white line) and Route 71, 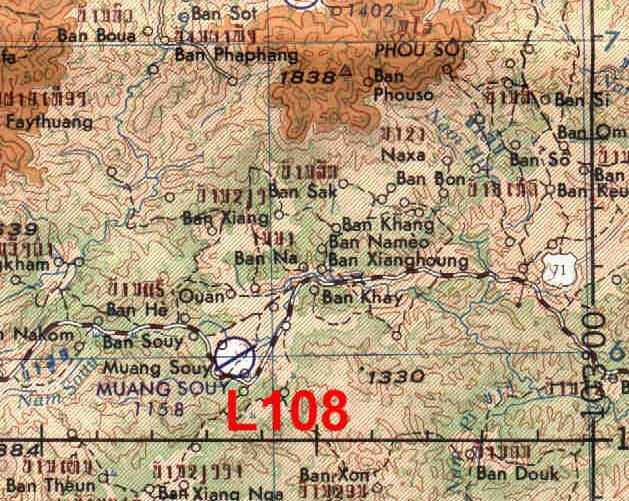 I happened upon a bunch of these near a truck park that got nuked several days earlier. The Pathet Lao had abandoned ship and left a lot things lying about. 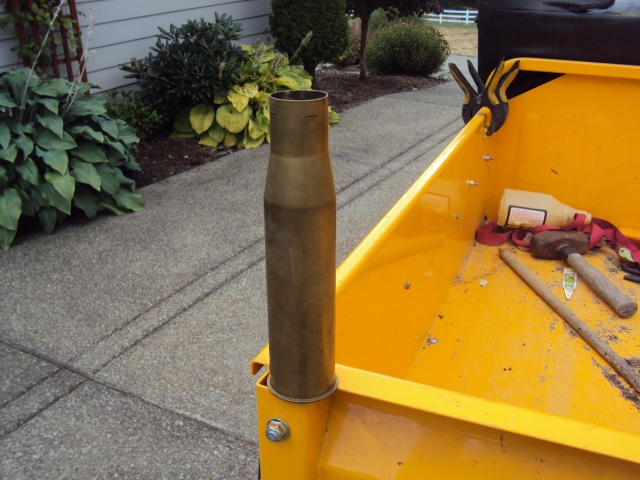 I suspect it was reloaded several times because it had multiple pinning marks at the collar. Of more concern was the headstamp. 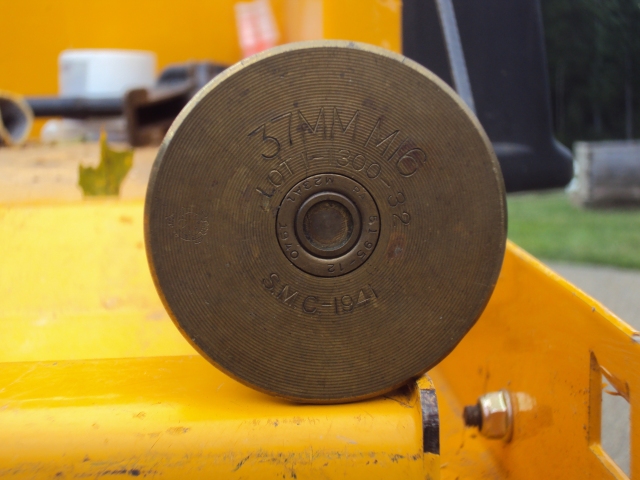 Nothing like having your own ammo shot back at you twenty five years later. If you got tagged by one of these in an O-1 or a PC-6, that was all she wrote. If you want a closer look, click on the picture to magnify.

In a harbinger of beating swords into plowshares, some of the Hmong Ta-hann (Army troops) made really fancy opium bongs out of these. Portable, watertight, and indestructible. You should have seen their Hibachis made out of Budweiser beer cans.