I read many BvA decisions in search of anything we can use to win our claims for this insidious disease. As most know, it seems vA is one step ahead of us on figuring out new ways to deny. This decision doesn’t qualify by breaking new ground. In fact, sadly, it further illustrates one soldier’s run in with drugs and the horrible aftermath.

General Sherman here is attempting to burn down the Atlanta RO with the pretext that he was administered heroin against his will,was assaulted and suffered lacerations to the noggin, all his buddies had hepatitis in Germany, and that it might have been due to jetguns. All his theories are voiced over a four year period as the claim developed. This is a particularly bad idea for any number of reasons. By not listing all the reasons up front, it makes you look desperate and willing to bend the truth to get there.

Here, the Vet has more serious credibility problems. Blaming his buddy for the one indiscretion that resulted in the overdose has backfired. It seems the doctors recorded numerous “tracks” indicating regular IV injections.

The STRs do reflect that in April 1978, the Veteran treated for a drug overdose after he was found beside a road. Medical records of April 1978 indicate that old and new track marks were present on the Veteran’s body and an assessment of a heroin overdose was made. It appears that the Veteran subsequently went through a rehabilitation program.

This is one reason why we advocate that Vets get their SMRs first before filing.  It might make you think twice about filing if you realize they wrote it all down. Then there is the follow on problem where your piehole becomes your worst enemy.

A VA mental health note of July 2009 indicates that the Veteran reported being drunk and high all of the time in service, indicating that he experienced with hashish during that time, used heroin in Germany until 1978, and also used LSD while serving in Germany. He failed to mention any sexual trauma or forced drug use in service.

The Veteran presented testimony at a travel Board hearing held in October 2009. He indicated that everybody that had hepatitis C that he had talked to had undergone a VA examination, and stated that he did not know where hepatitis had come from, but assumed that it might be because soldiers received shots using the same inoculation guns.

And then he discovered HCVets…

In March 2010, additional evidence was added to the record consisting of: (a) a VBA Fast Letter issued in June 2004 (FL 04-13, June 29, 2004); (b) a press release from HCVets dated February 28, 2005 entitled, Plan Backfires – VBA Fast Letter Boosts Claims relating to the risk of blood borne disease transmission through the use of air jet guns for immunization; and (c) a portion of a VA rating action issued in August 2003, granting a service connection claim for hepatitis C resulting from a jet inoculation received during service.

This gentleman had other problems too numerous to mention. One important one was that he was tested (by VA) in 2001 and was free of the virus. He tested positive in 2005. Filing a claim pro se is not advised for those who don’t enjoy doing their homework. Belatedly looking for evidence when the claim boat is headed for the rocks is not a recipe for a win. Dragging out new theories as each of the old ones is discounted creates the perception that you have an endless supply and are waiting to see which one will get traction.

The vLJ might have been born at night , but I doubt it was recently.

To the extent that the Veteran maintains that a single occurrence of IV drug use in service was the root of hepatitis, the STRs themselves indicated that an overdose of IV drugs (heroin) occurred in April 1978, at which time track marks indicative of previous IV drug use were also evident, refuting the Veteran’s reports of one-time drug use in service, either forced or willful. Moreover, numerous clinical records – based upon a history provided by the Veteran himself, document his long-standing IV and intranasal drug use in and since service, which is in fact shown to have been documented as recently as April 2011.

Service connection under the very best of circumstances is difficult. For HCV it is a long, uphill battle as most can attest.  Submitting FAST Letters and old Bva decisons which aren’t precedental for your claim is futile. HCVets is many things. It is a powerful storehouse for information on DIY claims. This site was started to continue and increase that body of knowledge.

The legal aspect of winning your claim is just as important as the medical aspect. Where they become inextricably intertwined is the nexus requirement. Absent that, your claim will fail absent powerful evidence that shows a medical MOS or a transfusion in service. Evidence of combat seems to be a powerful inducement to grant as well. What is evident is that the claim can be won on appeal absent the presence of drug abuse. There are exceptions to this but they are few and far between.

Do yourself and other disabled Veterans a favor by obtaining your records and analyzing your chances of success before clogging up the judicial system with a claim that is futile. 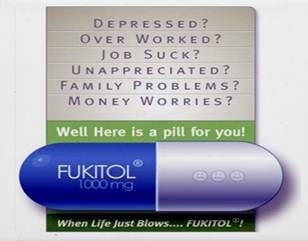